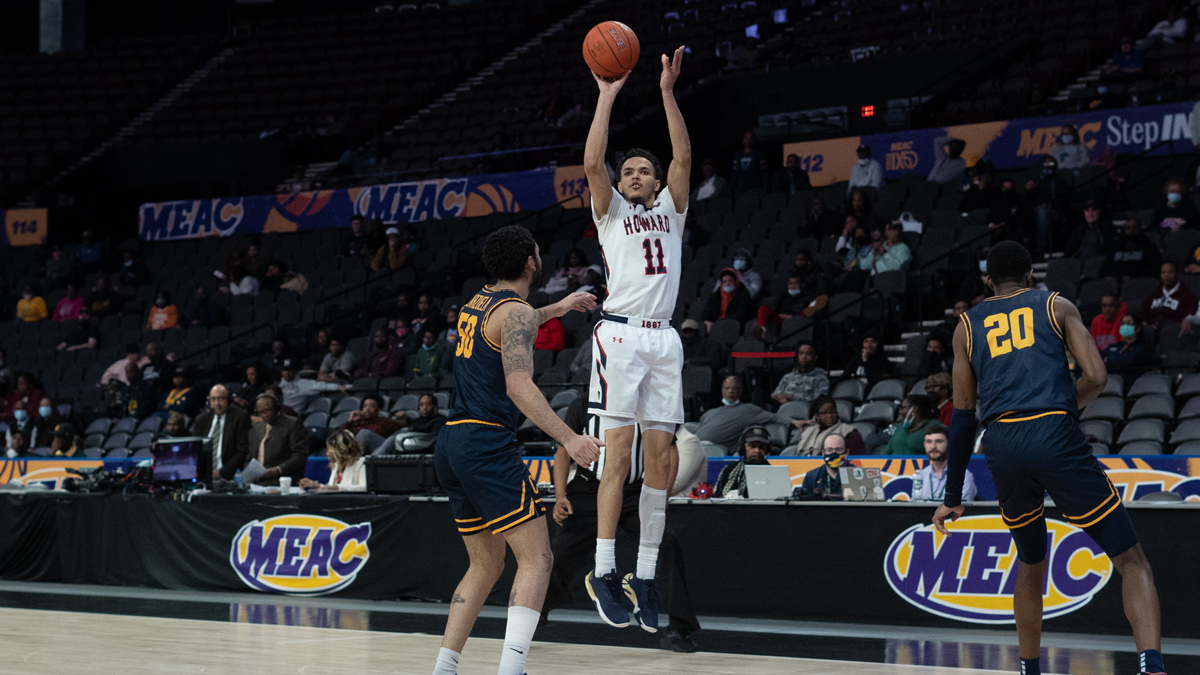 Former Howard University guard Kyle Foster has been given a shot to play with the Detroit Pistons summer league squad.

Foster has been invited to join the Pistons in the NBA Summer League, according to ESPN. He worked out for several teams in the Pre-Draft circuit and apparently made an impression on the Pistons.

The 6’5 grad student saved his best for last in the 2021-2022 season as he led Howard with an average of 15.8 points per game, and shot 46 percent from the 3-point line. His 3-point percentage led the nation as he hit 105 of his 229 attempts from long range while helping the program to its best record in 20 years.

It was a great ending to a slow, but steady career. The Hampton, VA native arrived out of Bethel High School back in 2017 under coach Kevin Nickelberry along with prized recruit R.J. Cole. He averaged 6.4 points in 33 games as a backup on a team that also featured Charles Williams, the MEAC’s all-time leading scorer. Foster would remain a role player his first three seasons and was just starting to come into his own when Howard had to shut down its men’s basketball season in 2021 due to COVID.

Kyle Foster bounced back in a major way as a senior, which helped earn him an invite to the G-League Elite Camp prior to the NBA Draft. He went unselected in the draft but managed to snag the attention of the Detroit Pistons, who already have a Howard connection in the front office as Michael Lindo serves as the Director of Player Engagement with the franchise.

Now Foster will look to find a way to stick with the organization, either on its active roster or in the G-League.