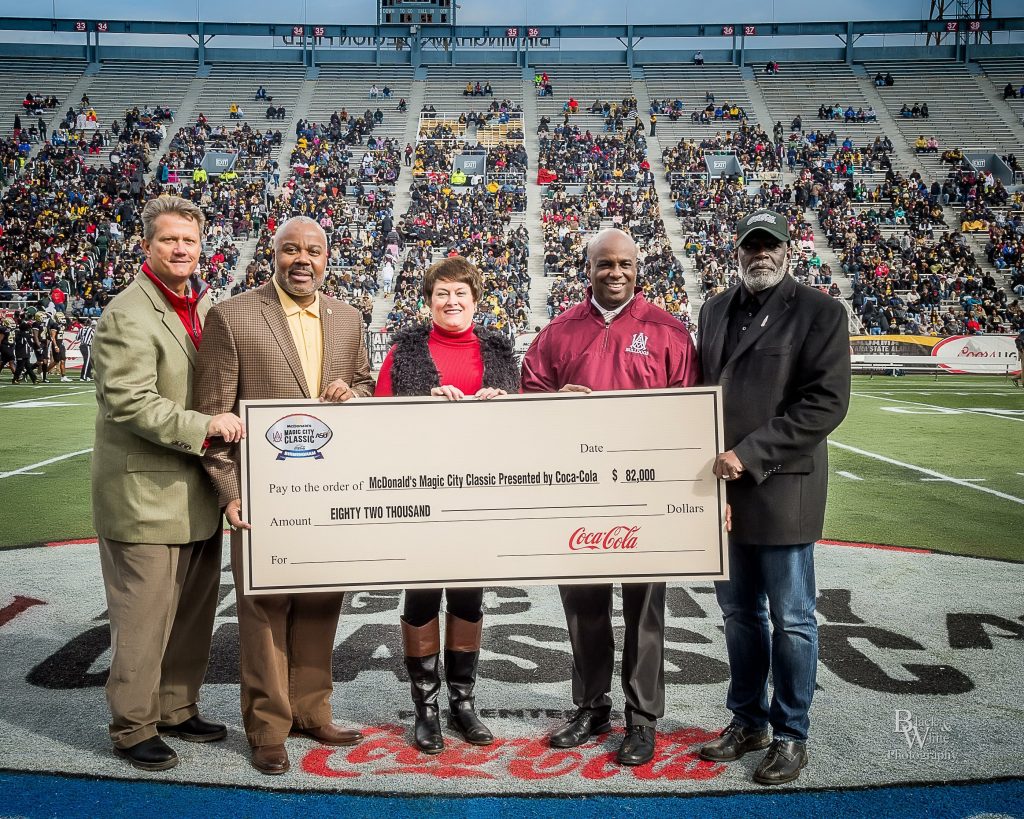 Alabama A&M Director of Athletics stepping down for SWAC position

During his tenure, Hicks fueled a revitalization of the program with major facility upgrades that included new field turf and a State-of-the-Art video board at Louis Crews Stadium.

HUNTSVILLE, Ala. – Alabama A&M Director of Athletics Bryan Hicks announced on Tuesday, June 21 that he is stepping down to assume the role of Senior Associate Commissioner for Promotions and Strategic Partnerships at the Southwestern Athletic Conference (SWAC).

“Bryan has been an outstanding leader for Alabama A&M Athletics in his decade of service to the Institution,” said President Dr. Daniel Wims. “He has helped to elevate our profile at all levels while always keeping our primary reason for being here – our students – at the forefront of all that he has done. He will continue to be a part of the Bulldog Family as part of the SWAC Office and we wish him nothing but the best in this new endeavor.”

“This is a tremendous opportunity to continue to serve both our student-athletes and our institutions alike,” said Hicks. “I am grateful to Commissioner Dr. Charles McClelland for that opportunity and am looking forward to helping him make his vision of the SWAC the best Division I conference in the country a reality.”

“At the same time I am forever grateful to Dr. Andrew Hugine, Jr. and Dr. Wims, our coaches, administrative staff and undoubtably the best student-athletes in all the world for their support in helping A&M continue to grow and reach unprecedented heights.”

During his tenure, Hicks fueled a revitalization of the program with major facility upgrades that included new field turf and a State-of-the-Art video board at Louis Crews Stadium, adding to what was already one of the premier Football Championship Subdivision (FCS) facilities in the country.

Hicks also raised both funding and the profile of the institution and Department with the scheduling of multiple Power 5 and Group of 5 opponents in football and basketball while still focusing on developing a student-athlete centered culture.

Those efforts led to record-setting academic honors, including the first College Sports Information Directors of America (CoSIDA) Academic All-America in 29 years in 2020-21. The Bulldogs would earn three that year and another in 2021-22 to surpass the previous total for the program and have also earned seven CoSIDA Academic All-District recognitions under his watch.

He also instituted both the Athletic Director’s Honor Roll and the Annual B.E.S.T. Awards Banquet to celebrate A&M student-athlete’s accomplishments both in the classroom and on the fields, courts, courses and tracks.

In terms of in the arena, the Bulldogs excelled, particularly in recent years with men’s and women’s track & field each earning a pair of individual titles, men’s tennis claiming the 2021 SWAC Tournament Championship for the first time and women’s soccer earning a share of the 2021 SWAC Regular Season Title.

The highlight of those efforts came in Spring 2021 when the football program battled through the adversity of a season fraught with COVID-19 cancellations to claim their first SWAC East Division title since 2012, overall SWAC Championship since 2006 and earned the program’s first Historically Black College and University (HBCU) National Championship with the first undefeated season since 1966.

Women’s basketball also tied the DI Era record with 17 wins in 2019-20 and earned a second-place finish in 2021-22, something the program had accomplished just once before as a member of the SWAC. Additionally, he has overseen a football program that has won the past four Magic City Classic’s against rival Alabama State and six of the past eight.

A key element in the success experienced by the Alabama A&M program under Hicks is that he has hired every head coach currently on staff and has seen five such hires go on to earn SWAC Coach of the Year honors. Most recently Emanuel Stephens was so recognized in women’s soccer in Fall 2021 while men’s tennis coach Willis Mbandi earned the honor in Spring 2021.

“We’re extremely excited to welcome Bryan Hicks to our executive staff,” said McClelland. “He brings a versatile professional skill set having worked in a variety of facets in athletics administration. His experience and accomplishments at the campus level over the course of his career has been extraordinary. We look forward to having him bring that knowledge and expertise to the Conference Office as it will undoubtedly help us elevate all aspects of our league’s operations.”

Hicks ability to evaluate talent, cultivate community and fundraising relationships and instill the importance of academic excellence in both staff and student-athletes alike has left Alabama A&M Athletics in a very desirable position moving forward as it seeks to continue to build upon each of these legacies.

“I feel honored to have been able to serve my alma mater and work to make it the best it can be,” added Hicks. “We have had so many successes while weathering any challenges that have come our way and we have done that together. I am forever grateful to have had this opportunity and will always support the Maroon and White. Go Bulldogs!”

Alabama A&M Director of Athletics stepping down for SWAC position