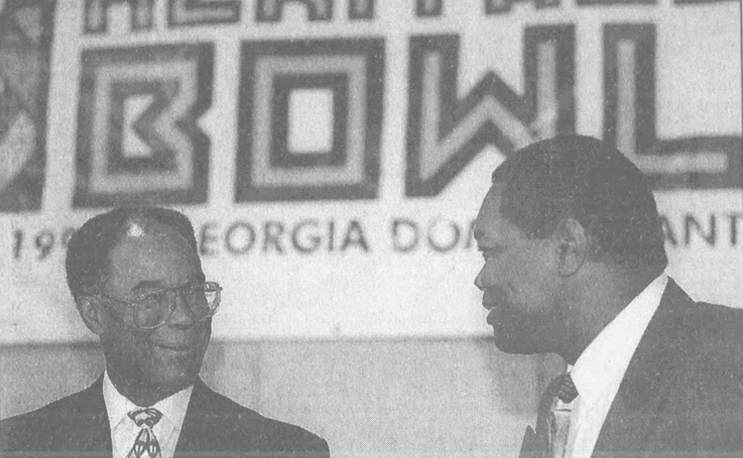 Pete Richardson’s 20-plus year career put him amongst some of the greatest HBCU coaches of all-time.

When great coaches in HBCU football are mentioned, the name Pete Richardson is usually slow to come off the tongue of many people. A low-key, business-like coach from the Midwest, Richardson has the credentials that show that he can measure up with many of the great names he is often left behind.

Southern will honor the coach who re-established a winning attitude at a program that had more than flirted with mediocrity in the decades prior to his arrival. The inaugural Pete Richardson Classic will take place on Sept. 15 when Southern hosts Langston and will be recognized as the first home game on its schedule from now on.

Here are a few numbers to show why Richardson is among the all-time greats in SWAC and HBCU football.

3 – CIAA titles: Before coming to Southern in 1993, Richardson cut his collegiate coaching teeth at Winston-Salem State University. After taking over as head coach for Bill Hayes in 1988, he led the team to three titles in his five years, including back-to-back titles in 1990 and 1991. He brought in future NFL players like Orande Gadsen and Richard Huntley before leaving for Southern after the 1992 season. He finished with 41-14-1 record at WSSU.

5- SWAC titles: Richardson came right in and turned Southern into a winner, guiding it to its first outright championship in nearly 40 years in his first season. He went on to lead the program to a three-peat from 1997 through 1999 and added a final title in 2003.

6 – Heritage Bowl appearances: In the 1990s the MEAC and SWAC had a postseason bowl game called the Heritage Bowl. Southern represented the SWAC all but three times during the game’s run from 1991 through 1999. Richardson’s squads won four of those six matchups against the MEAC.

12 – Bayou Classic wins: Heritage Bowls and SWAC Championship Games aside, the Bayou Classic is always the biggest game for Southern as it takes on rival Grambling. Southern had only won six of the first 19 games in the Classic before Richardson hit Baton Rouge. Richardson won his first eight Bayou Classics, including a perfect 5-0 record against legendary coach Eddie Robinson.

134 – Wins: Richardson’s win total is second at Southern only to Ace Mumford who coached for nearly 40 years.