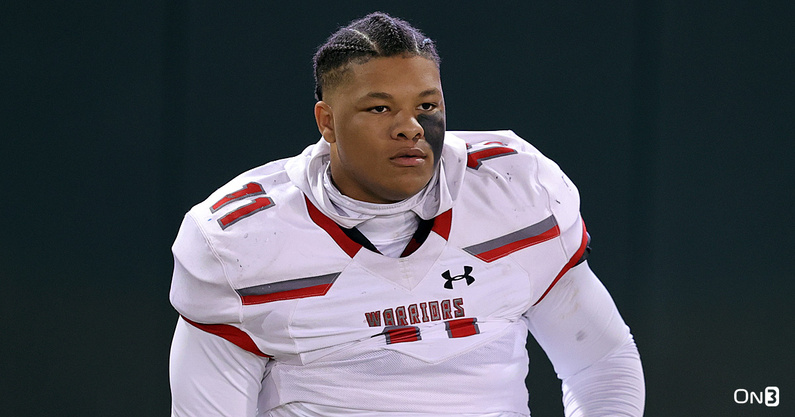 Peter Woods is a top 25 overall player in the class of 2023. The defensive lineman is currently playing school ball is Thompson High School in Alabaster, Alabama.

“Explosive player that can be used in multiple defensive alignments and has some situational pass rushing ability off the edge,” 247 Sports analyst Cooper Petagna explains. “More than likely projects to playing with his hand in the ground at the next level. Possesses an excellent motor with the combination of good physical traits. Will need a year to develop at the next level, but has the ability to develop into a high impact starter at the collegiate level.”

The defensive lineman holds offers from every major SEC school and a plethora of Power Five programs. North Carolina A&T University is the only other HBCU program to offer the major prospect a scholarship. Peter Woods included the University of Florida, Jackson State University, Clemson University, and his hometown school the Alabama Crimson Tide in his final four list. He announced that his commitment date will be on July 8 at 6:45pm CST. 247 Sports analyst predict that Peter Woods will be committing to the University of Alabama.