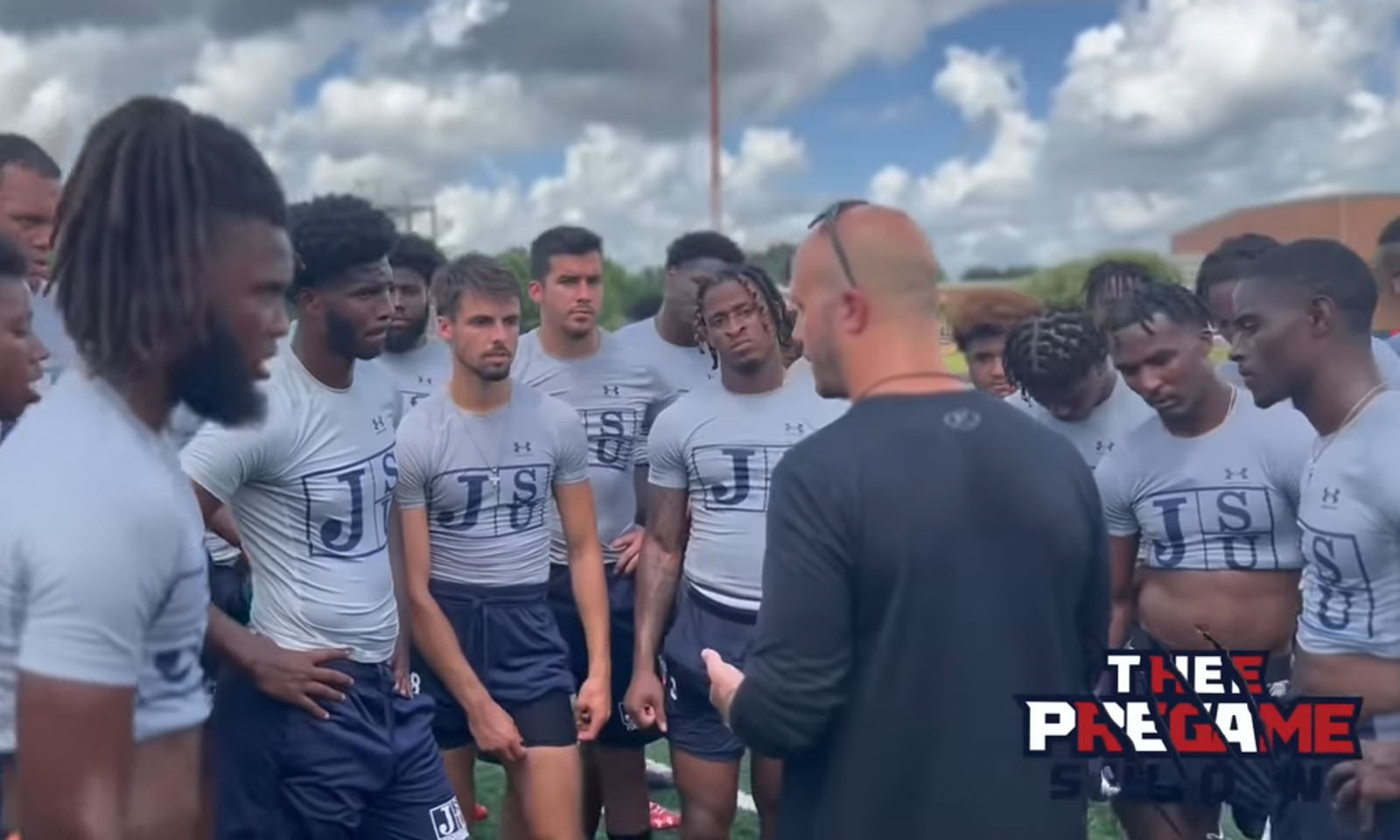 Jackson State Offensive Coordinator Bret Bartolone huddled up the offensive line for a pep talk at a recent practice with the Tigers.

Requires All Your Focus

The players closed in and listened intently.

It’s Not for Everybody

Bartolone let the team know their performance last season was no easy feat.

“Going 13-0 and winning a championship, that’s the hardest thing you’re ever gonna have to do,” he said. “It’s hard and it’s not for everybody. It requires great effort, it requires great time.”

A few nods rippled through the huddle.

“I want to make this a point,” Bartolone said. “Whether it’s practice, whether it’s, you know, we’re coming out here, we’re doing skills and drills together as a unit, I want to make it a habit whenever we’re done and we break it down, we’re going to continue to get five or ten minutes with our position coaches.”

He explained the position coaches would then use that time to emphasize certain drills and techniques.