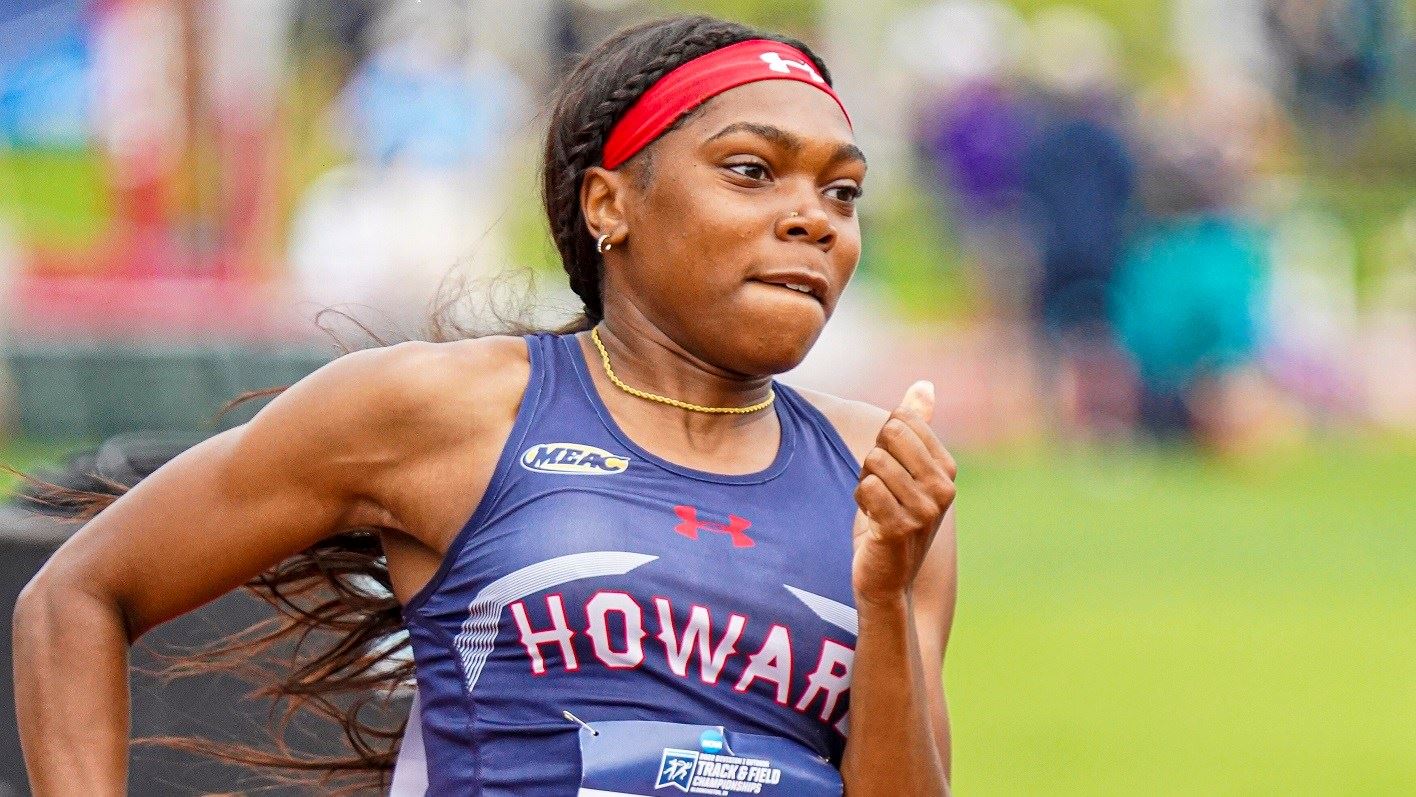 Senior Jessica Wright had an automatic qualifying time of 57.35 in the 400-meter hurdles.

Senior Jessica Wright set the tone with an automatic qualifying time of 57.35 in the 400-meter hurdles. Saturday’s race is set for 6:57 p.m. ET.

“It’s a blessing,” Wright said after the race. “It’s surreal. I’m just happy to compete one more time. I’m ready to get back out there and give it my all.”

Wright and Howard women’s track kept the momentum going, joining fellow classmates Jessika Gbai, Ameenah Saalih and Ozioma Scott in the 4×400-meter relay, where they punched their ticket to Saturday’s final round, clocking in at 3:30.60 and becoming the first Bison relay team to reach the final round since 1988.

Gbai also competed individually in the 200-meter dash, falling just short of making Saturday’s final round with a 22.82 mark (12th overall). The Philly native concludes her individual career, holding the school benchmark in the indoor and outdoor 200-meter dash, while becoming a two-time All-American Honorable Mention.

HU heads to Bloomington with a program-record nine Bison, led by Director of Track and Field David Oliver.

“I live for this time of the year,” Oliver stated. “It’s the best of the best and one of the most pressure packed situations that exists in this sport. We’ve got a program record number of entries to the NCAA Preliminary Round and I absolutely love the progress we’re making as a team.”

Wright is having an outstanding season where she captured victories in the 400-meter hurdles at the Penn Relays and Mid-Eastern Athletic Conference (MEAC) Outdoor Championship. Wright’s 56.32 effort at the Florida Relays ranks fifth in the region and qualifies her for the USA Senior Championships this June in Eugene, Ore.

“I’m truly grateful to be competing again at regionals,” stated Wright. “This year, we raised the bar and our standards. We’re looking forward to securing a spot at nationals.”