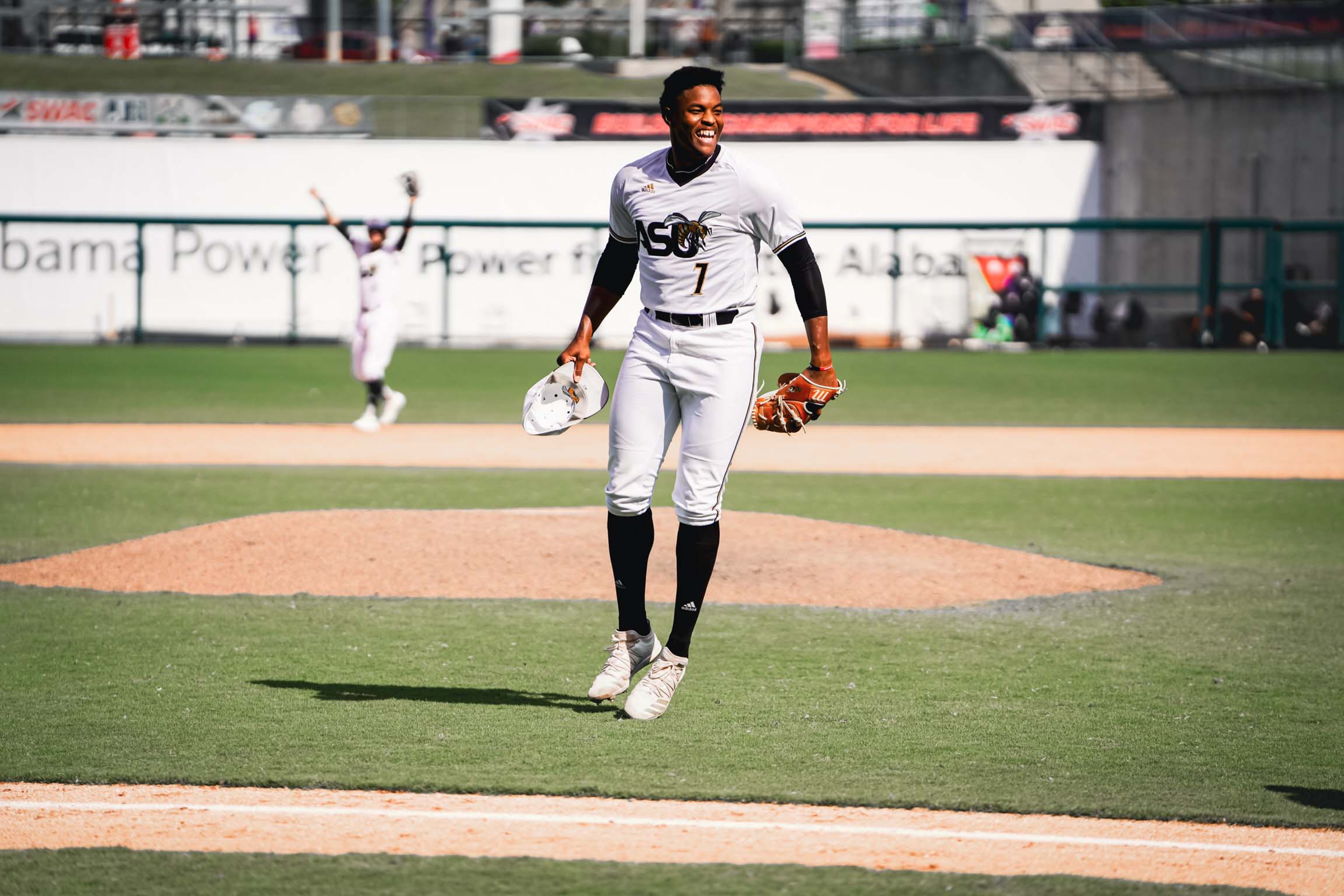 Austin King finishes with a complete game effort on the mound.

BIRMINGHAM, Ala. – Alabama State advanced to its first SWAC baseball championship game since 2019 with a 4-1 victory over Bethune-Cookman at Regions Field on Saturday afternoon.

Alabama State (33-23) used a complete game effort from Austin King (Fulton Miss.) to reach the championship game. The senior pitched his first complete game in a Hornet uniform giving up just one run while scattering eight hits and striking out a pair. He finished with a 127-pitch performance for Alabama State on Saturday.

Chris Lewis (Alabaster, Ala.) led the Hornets at the plate with a 2-for-3 performance while six other Hornets picked up a base hit in the win.

How It Happened
B1 | Hunter May (Slidell, La.) launched a two-run bomb to left center field to score Corey King (Lithonia, Ga.) who was hit by a pitch to lead off the game for the early lead (2-0, Alabama State).
T3 | Matthew Garcia doubled off the left field wall over the head of Jabronski Williams (Troy, Ala.) to get on the board (2-1, Alabama State).
B3 | Cristopher DeGuzman (Fajardo, PR) hit his first home run of the tournament, a solo shot to right (3-1, Alabama State).
B6 | DeGuzman drove in another run with a sacrifice fly to score King from third (4-1, Alabama State).

Up Next
Alabama State advances to the 2022 SWAC baseball championship game on Sunday afternoon against the winner of the Florida A&M and Southern contest. The game is set for 12 pm first pitch on ESPN3.