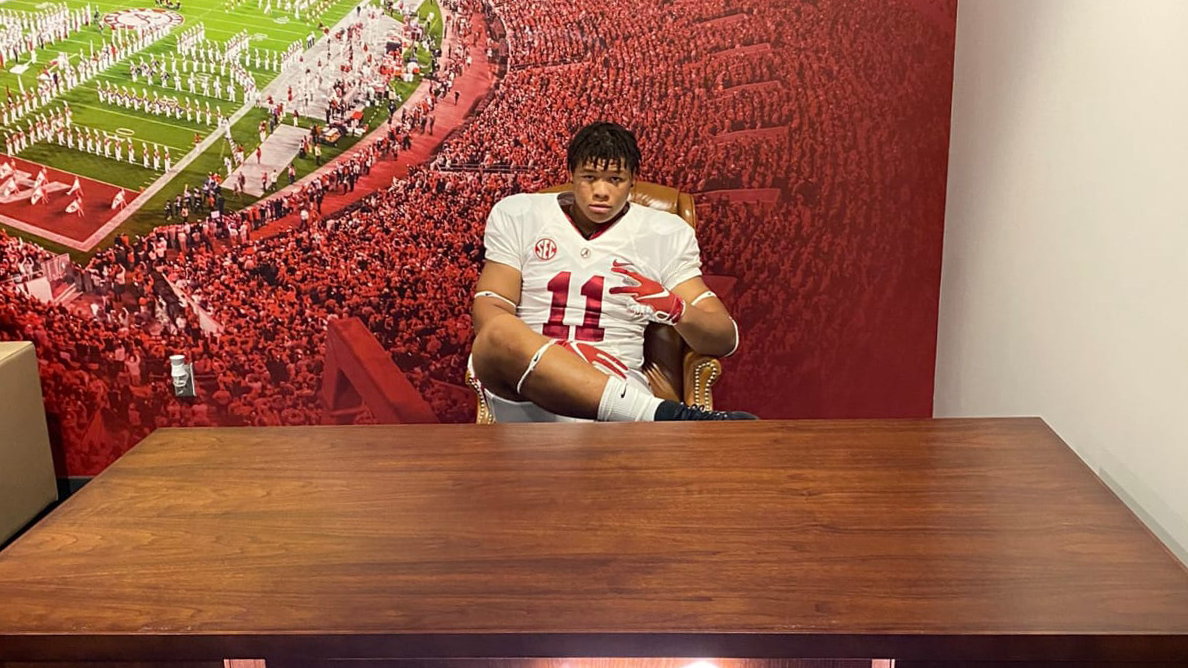 Peter Woods is a five-star defensive lineman thought to favor Alabama. He’s now been offered by Deion Sanders and JSU.

Just before Nick Saban ignited college football into an inferno, Deion Sanders and Jackson State offered a prospect that Alabama has in its sights.

Peter Woods, a five-star defensive lineman in the 2023 class, picked up an offer from Jackson State on Tuesday. Woods is preparing for his senior season at Alabaster Thompson High in Alabama. The offer has come rather late in the process, as players as highly-regarded as Woods is are often locked in with commitments at this point of the season. But Woods says the timing isn’t a problem for him.

“Jackson State offering towards the end of my recruitment does nothing to their chances,” Woods told On3.com. “They can take a seat up there right next to my Top 3/4!”

“HBCU culture is 2nd to none, and there’s something special about what Coach Prime is building there, which is why the #1 player in the ‘22 class chose them. I’ve been waiting for this offer, and feel like I would 100% gel in this program. #IBelieve!”

Woods has offers from pretty much all of the Power Five heavyweights you would expect. Clemson, Oklahoma, Florida and Alabama are thought to be the leaders, with Woods currently projected to be favoring Nick Saban and Alabama according to 247 Sports. Here’s what Gabe Brooks had to say about Woods.

“Explosive player that can be used in multiple defensive alignments and has some situational pass rushing ability off the edge. More than likely projects to playing with his hand in the ground at the next level. Possesses an excellent motor with the combination of good physical traits. Will need a year to develop at the next level, but has the ability to develop into a high impact starter at the collegiate level.”

Now Deion Sanders and Jackson State have thrown their name into the mix. With Travis Hunter already on the squad along with fellow blue chipper Kevin Coleman catching passes from Shedeur Sanders, folks should know by now not to count the HBCU out.