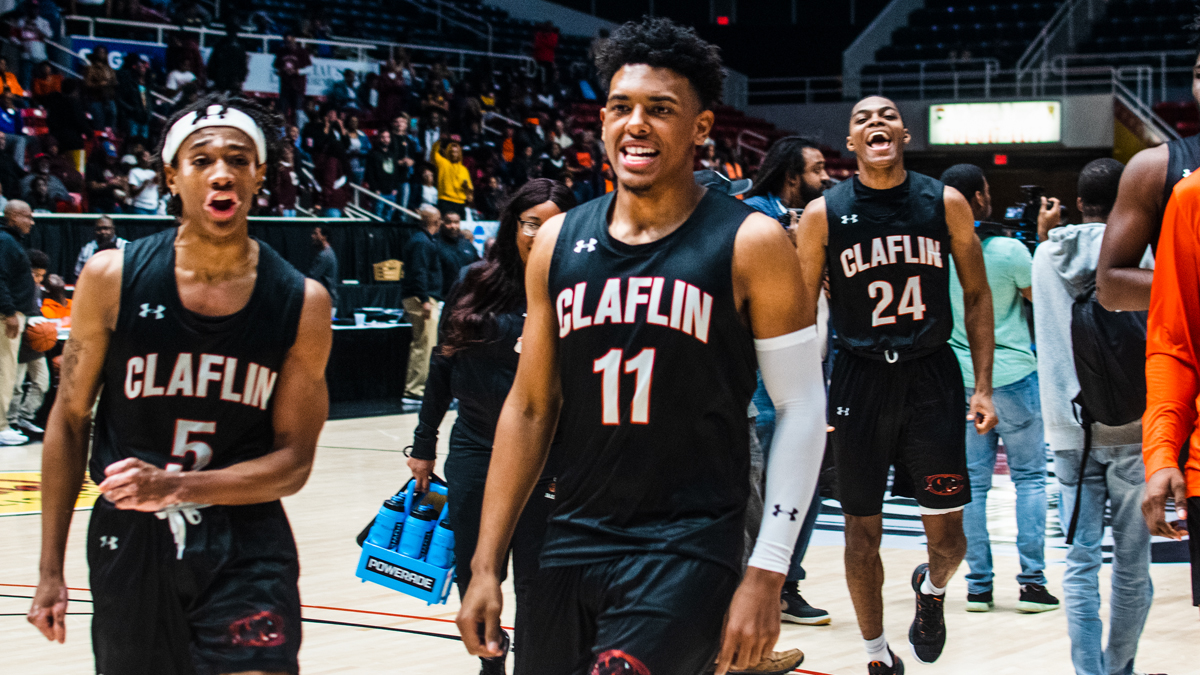 Dunlap comes to Claflin University after a successful stint at Harris Stowe State University where he spent five successful seasons with the Hornets.

ORANGEBURG, SC – A new chapter has begun in Claflin University men’s basketball as Brion Dunlap was announced as the head coach of the Panthers, Thursday, morning. After a national search and a thorough process of interviewing, Dunlap was chosen to lead the next exciting era of Panthers basketball.

“This is a great opportunity for myself, having two leaders such as Dr. Warmack and Mr. O’Neal that want to win. They’ve been winners all their lives and winners and I’m trying to be a part of that program,” Dunlap said at his introductory press conference. “Winners create winners and that’s my goal. To produce championships, to raise banners, and most importantly, to have every student-athlete who comes to our program walk across that stage to get their degree and raise banners that will last forever.”

Dunlap comes to Claflin University after a successful stint at Harris Stowe State University where he spent five successful seasons with the Hornets. He compiled an 81-56 overall record and claimed three AMC Tournament Championships (2017, 2018, and 2020). The run included numerous individual honors for members of the Hornets’ teams. Among the honors was also an NAIA First Team All-American and an NAIA Daktronics Scholar Athlete. He also guided the development of two first team All-AMC selections, three second team All-AMC selections, and three third team All-AMC selections. There were also several other honors that were secured under Dunlap’s guidance.

“This young man took over a program [Harris Stowe] a few years back … and he built a successful program,” said Claflin University Director of Athletics Tony O’Neal. “Everybody talks about building a great team. Legacies are built on great programs.”

Prior to taking the reins at Harris Stowe, Dunlap spent a season as an assistant coach at fellow Central Intercollegiate Athletic Association (CIAA) foe, Winston-Salem State University. It was with the Rams that Dunlap first became acquainted with the Panthers. Claflin claimed an 81-77 win over the Rams in that game. He also spent five seasons as an assistant coach at the College of the Holy Cross, where he helped the Crusaders to compile a 34-30 overall record in two seasons, including going 20-14 during the 2013-14 season, the team’s first 20-win season since the 2006-07 season. During Dunlap’s tenure, the Crusaders notched three finishes in the top half of the Patriot League standings.

In the upcoming season, the Panthers will feature a team that is well experienced and ready to head into the next chapter of Panthers basketball. Last season, the Panthers finished with a 7-20 overall record and lost in the first round of the 2022 CIAA Men’s Basketball Championship Tournament.

Coach Dunlap is a 1998 graduate of Old Dominion University with a Bachelor of Arts degree in Human Services Counseling. He was a four-year starter with the Monarchs and led the team to two NCAA Tournament appearances and two Colonial Athletic Association championships. He was named to the CAA All-Rookie team in 1995 and the CAA All-Tournament team in 1997, also earning Chevrolet Player of the Game honors following Old Dominion’s 59-55 loss to New Mexico in the first round of the 1997 NCAA Tournament. He still ranks among the all-time leaders in the CAA in career assists.