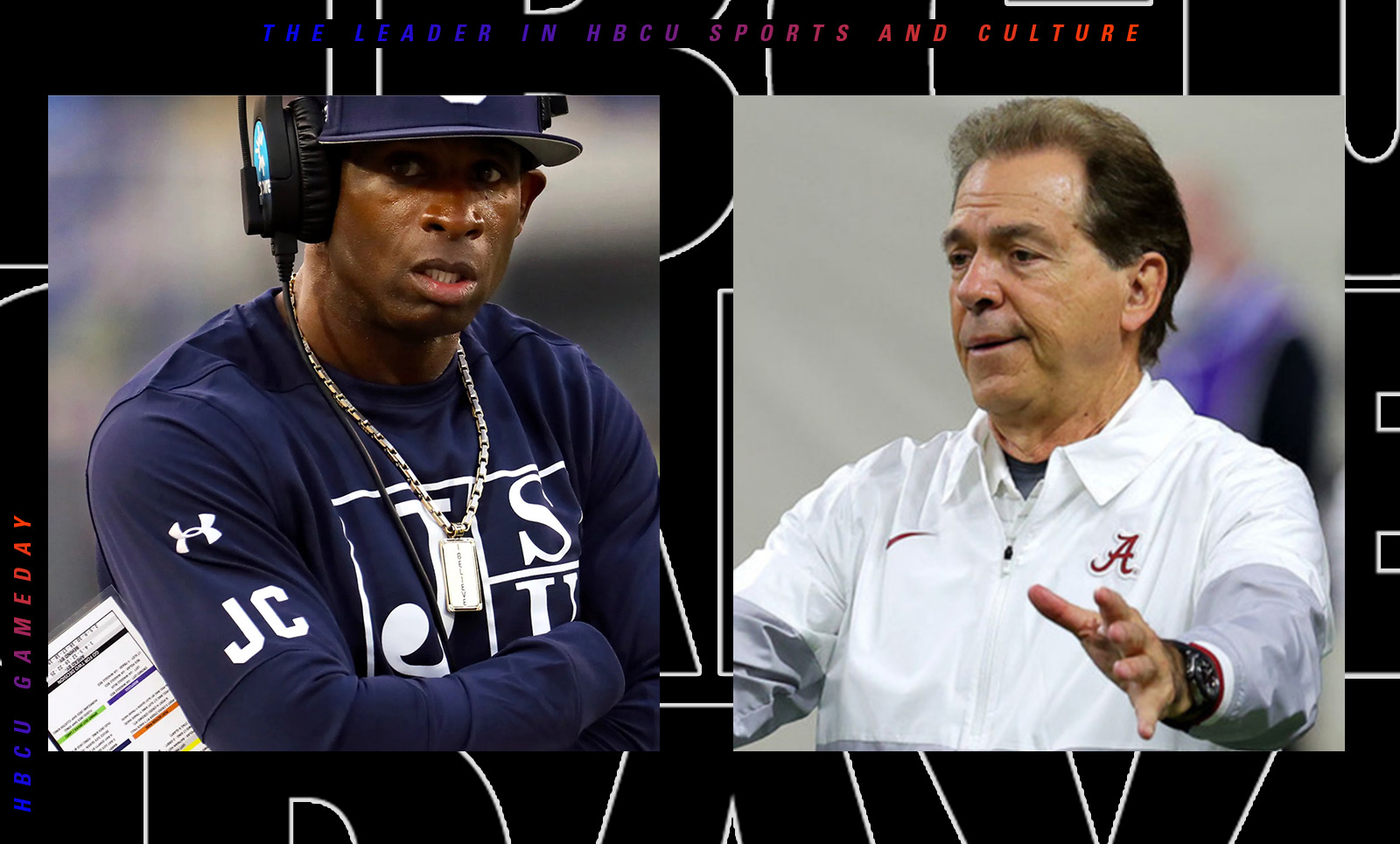 “Jackson State paid a guy a million dollars last year that was a really good Division I player to come to school. It was in the paper. They bragged about it. Nobody did anything about it,” Saban said at a speech on Wednesday night.

Saban was ranting about NIL deals and how in his opinion they have gotten out of control in college football. He did not mention the specific player by name. The easy speculation is that Saban was referring to Travis Hunter, the no. 1 high school prospect in the country last season who signed with Jackson State.

Deion Sanders was made aware of the comments by his son and quarterback Shedeur Sanders. He quickly responded on social media.

“You best believe I will address that LIE Coach SABAN told tomorrow. I was & awakened by my son @ShedeurSanders that sent me the article stating that WE PAYED (sic) @TravisHunterJr a Million to play at @GoJSUTigersFB ! We as a PEOPLE don’t have to pay our PEOPLE to play with our PEOPLE,” Sanders wrote.

Sanders tweeted his initial response just past 12am EST on Thursday morning. Three hours later he posted a gif saying, “I will be addressing the lies that were told by Coach Saban soon.”

At 8:15am Sanders made another tweet that seemed to offer more insight on how he was feeling.

“Trust starts with Self ! It’s extremely hard to trust someone when u don’t trust yourself! What you’re saying is if u had that same opportunity u would do wrong. Therefore u must build Trust in u & trust GOD then your trust of others would register stronger than ever. #CoachPrime“

Nick Saban offered no direct proof of his accusations other than saying “it was in the paper.”

There was chatter after Hunter’s signing that Barstool Sports ponied up a huge cash deal to secure the services of Travis Hunter at Jackson State. Deion Sanders issued a flat denial of those rumors during an appearance on ESPN.

“A million and a half? I heard a million in a half. I heard Dave Portnoy from Barstool. That’s the biggest lie I’ve ever heard,” Sanders said. “You know what that is? That means we kicked you butt, we took what was ours, and now you’ve got to make up an excuse why. Ain’t nobody getting no million and a half. I wouldn’t pay my son a million and a half in NIL. How am I going to coach a guy making more than me?”

Sanders and Saban have seemingly had a great relationship since Sanders began his coaching career at Jackson State. They have appeared in commercials together for Aflac and Sanders has talked openly about wanting to learn from Saban when they are together.

Sanders offered his own warning previously

Sanders isn’t opposed to NIL deals by any means but has preached caution that programs are ill equipped to handle the current landscape in recent weeks.

“When you start paying athletes like they’re professionals, you get athletes acting like they’re professionals,” Sanders said. “And you don’t have staffs large enough and equipped enough to handle a young man with money. Let me go deeper. Handle a young man that’s making more money than some of the coaches on staff,” Sanders said.

Nick Saban also levied accusations at Texas A&M football this week as well. Claiming that the school paid for its entire signing class this past offseason.

Travis Hunter has one NIL deal with J5 Caffe, a Black-owned, Mississippi-based coffee company. On Instagram he has said that he does not have any additional endorsements.

It was widely reported that Alabama quarterback Bryce Young had over one million dollars in NIL deals last summer, before he ever made his first start for the Crimson Tide.