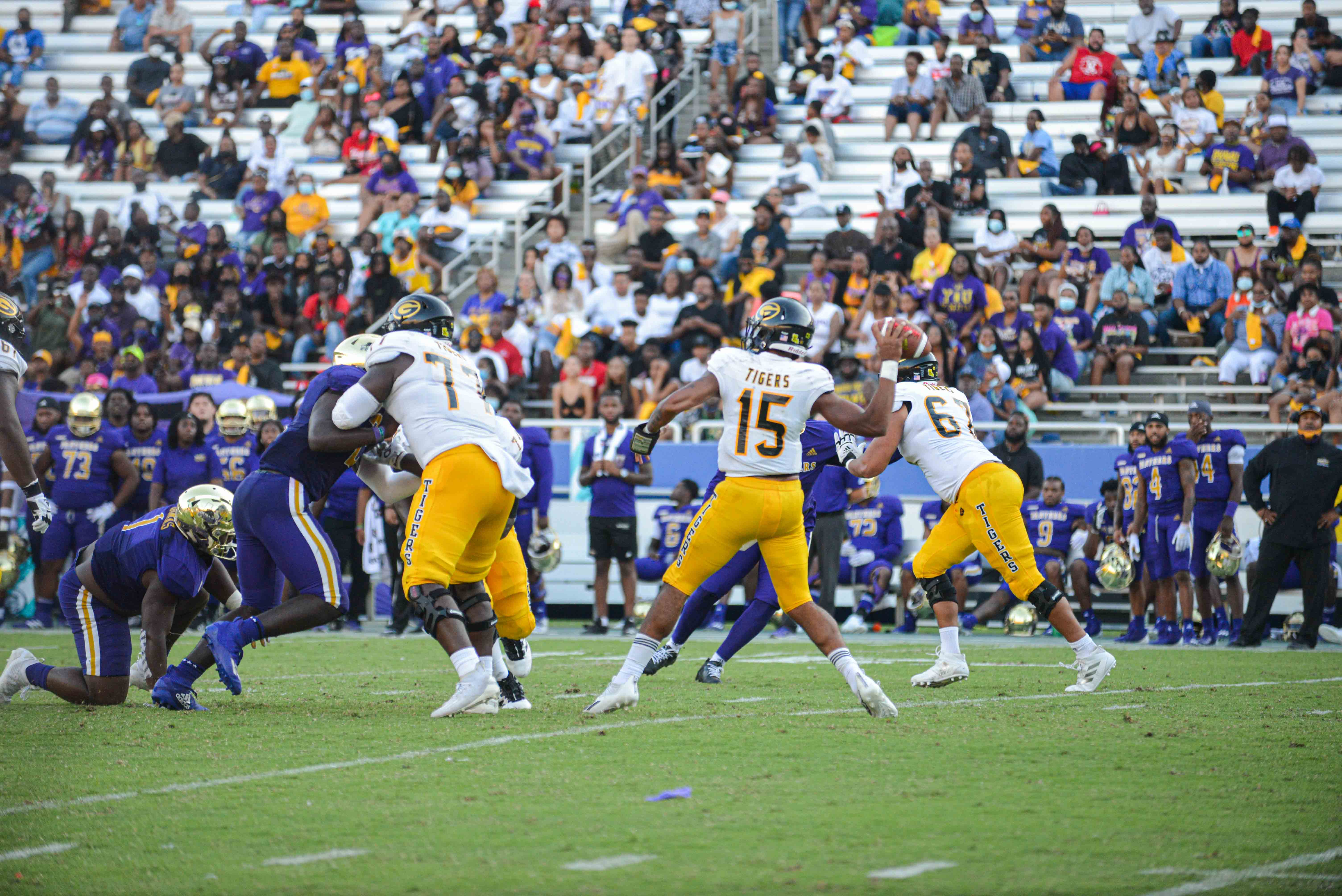 Once a highly-regarded recruit for Grambling State, Noah Bodden has picked a transfer portal destination very close to his former program.

Noah Bodden has found a new home after leaving Grambling State, and he didn’t have to look far.

Bodden, who entered the transfer portal just a few weeks prior, has committed to rival Southern University. He made his announcement via Twitter on Tuesday morning.

“First I would like to thank Coach (Broderick) Fobbs for giving me an opportunity to attend Grambling State University. I was given an opportunity to live out my dream of playing college football on the historic grounds of GSU. Secondly, I would like to thank my support system which includes the fans, administrators, my father, my brothers and sisters, and my mentor Coach Bruce (Eugene). The many prayers and kind words kept me going. You guys gave me hope in low times and kept me humble in high times. I can’t thank you guys enough. Lastly I would like to thank my teammates who became my brothers. The weight room sessions, practices, and many other things l’Il miss.

Thank you guys for believing in me. With that being said GSU will always be in my heart but it will not be home. My next destination wears GOLD and BLUE and I’ll be dropping the “G” and repping SU * Coach Dooley and Jaguar Nation LETS WORK.”

The move is the latest in a rivalry that has been as hot in recruiting as it has been on the field at the Bayou Classic. Several prospects who committed to Southern via the transfer portal switched their commitments to Grambling following Hue Jackson’s arrival.

Bodden is one feather in the cap for new Southern University head coach Eric Dooley and staff. The New York native committed to GSU heading into his senior season at Christ The King High School as a three-star prospect, thanks in part to the influence of his coach and GSU legend Bruce Eugene. Former head coach Broderick Fobbs tried to bring him along slowly but ended up having to use him mid-way through the season. The results were a little overwhelming, but Bodden did show promise in helping the offense do enough to come away with a win over then-defending champion Alabama A&M in October. But Fobbs left and Jackson has brought in several quarterbacks to compete for the job.

Now Bodden will transition to a Southern program looking for a signal-caller to lead it into its Dooley era. Only time will tell if Noah Bodden will be that guy, but you have to believe he will get every chance to prove that.