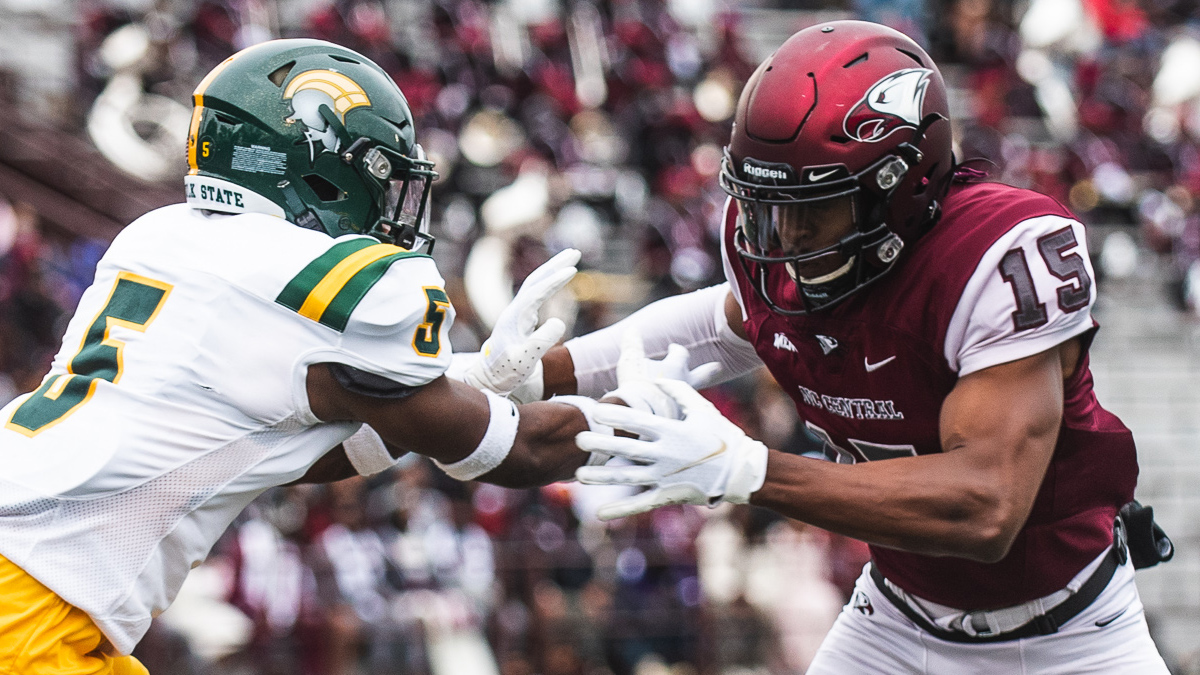 Former North Carolina Central wide receiver Ryan McDaniel has been signed to the Jacksonville Jaguars after a rookie tryout.

The Jacksonville Jaguars saw something in Ryan McDaniel that they liked over the weekend, so they’ve decided to keep him around.

The former North Carolina Central wide receiver signed with the Jaguars after participating in the franchise’s rookie camp over the weekend. He participated in the Chiefs mini-camp before that.

McDaniel (6-2, 215, Sugar Land, Texas) led the MEAC with 52 receptions for 678 yards and four touchdowns during his senior campaign, landing on the All-MEAC Second Team and a place in the 2022 HBCU Legacy Bowl. His 52 catches rank ninth on NCCU’s single-season list.

McDaniel was named MEAC Offensive Player of the Week after putting up 178 receiving yards on nine catches against North Carolina A&T (Sept. 27, 2021), and became just the ninth Eagle to register 10 catches in a single game when he accomplished the feat against Tennessee Tech (Oct. 9, 2021).

McDaniel played in 10 games as a freshman at the University of Tulsa in 2017, recording seven tackles and a blocked kick.

McDaniel played his high school football at Fort Bend Christian High School, starting three years on offense. He played quarterback, running back and receiver, while also starting his final two seasons on defense at linebacker. He recorded 1,769 total yards and 22 touchdowns as a senior, while collecting 53 tackles on defense.

The greatest receiver in Jacksonville Jaguars history — Jimmy Smith — hailed from an HBCU as well. If McDaniel can be half as good as the Jackson State alumnus, the Jags should be excited.