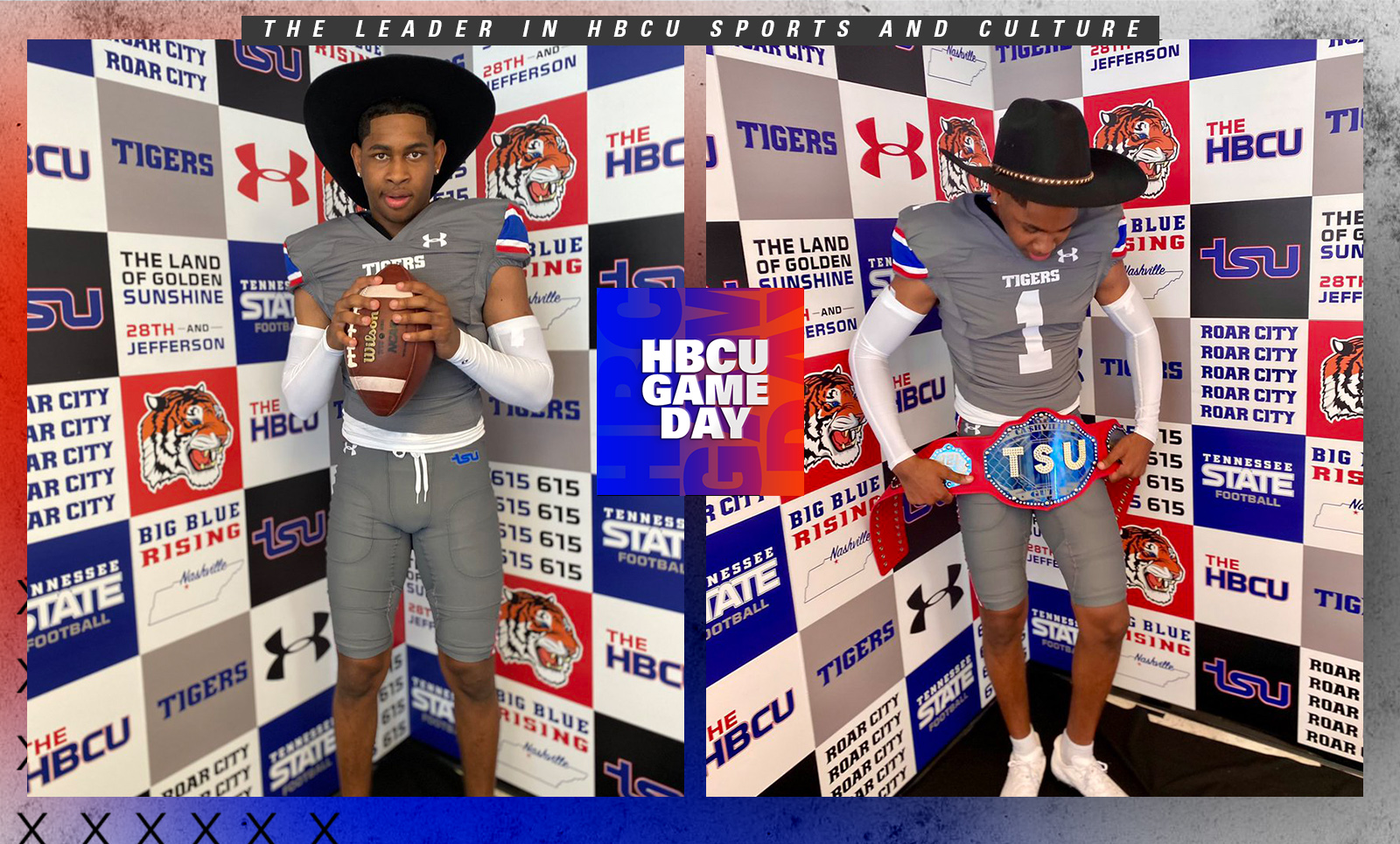 Tennessee State may have just given itself a big upgrade by adding a former Ohio Valley Conference Freshman of the Year.

The transfer portal yielded Tennessee State its top quarterback last fall and it may well end up repeating that feat this fall.

Former Austin Peay quarterback and 2021 Ohio Valley Conference Freshman of the Year Draylen Ellis has decided he will be taking his talents to Nashville to play for Eddie George’s squad.

“I am very grateful and thankful for every coach that has recruited me throughout this long process,” Ellis said in his commitment tweet on Sunday. “This was a very hard decision and a very stressful process. This is a business decision! I am very proud to announce that I AM COMMITTING TO TENNESSEE STATE UNIVERSITY.”

Ellis made an immediate impact at APSU last spring as he threw for 1,270 yards and 14 touchdowns during the six game season. He was a finalist for the Jerry Rice Award, given to the top freshman in the FCS and threw for a school-record six touchdowns against Southeast Missouri. Ellis picked right up where he left off in the fall, throwing for 2,626 yards, 19 touchdowns and eight interceptions in a full season. The Olive Branch, Mississippi native led the OVC in total offense (299 yards a game), total passing yards and passing yards per game (291.8).

It wasn’t all sunshine and rainbows, however. Ellis was suspended one game last fall and then was suspended indefinitely for a violation of team rules in January prior to jumping into the transfer portal.

Draylen Ellis joins a Tennessee State offense that was decent at passing the ball under George last fall with Geremy Hickbottom as quarterback. Hickbottom averaged 181 yards per game — 110 less than what Ellis did at Austin Peay.