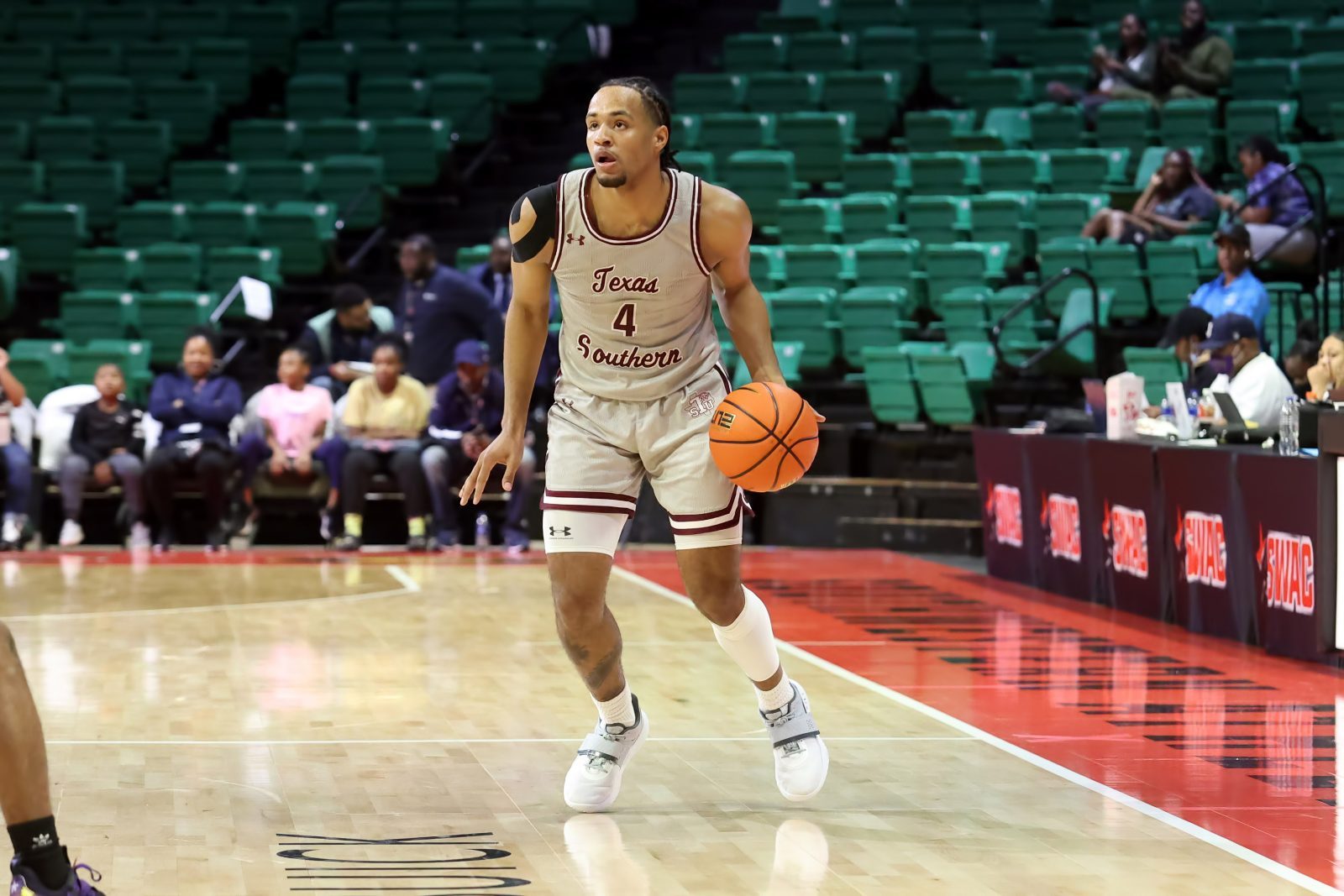 Bryson Etienne stays in the SWAC with a move inside the division.

Bryson Etienne came on strong late in the season as a go to scorer for Texas Southern basketball. Now he’s proven that a Tiger can change his stripes into spots. Etienne announced on social media Wednesday night that he has committed to Southern University via the transfer portal.

Etienne was the top scoring guard and third leading scorer for the Tigers at 8.8 points per game. He scored 20+ points on four different occasions last season, including 21 in the NCAA Tournament win against Texas A&M-Corpus Christi. Etienne entered the portal on March 24.

Etienne will be a welcome addition to the Southern backcourt after the Jaguars lost Jayden Saddler to the transfer portal. Saddler scored 11.1 points per game and lead the team in assists with 131 for the year along with 67 steals. Saddler transferred to Saint Peter’s.

Etienne was second on the team last year in assists and steals with 45 and 29 respectively.

Southern finished third in the SWAC regular season and led the standings for a while late in the season. The Jaguars finished 12-6 last season in conference play, Texas Southern was 13-5.