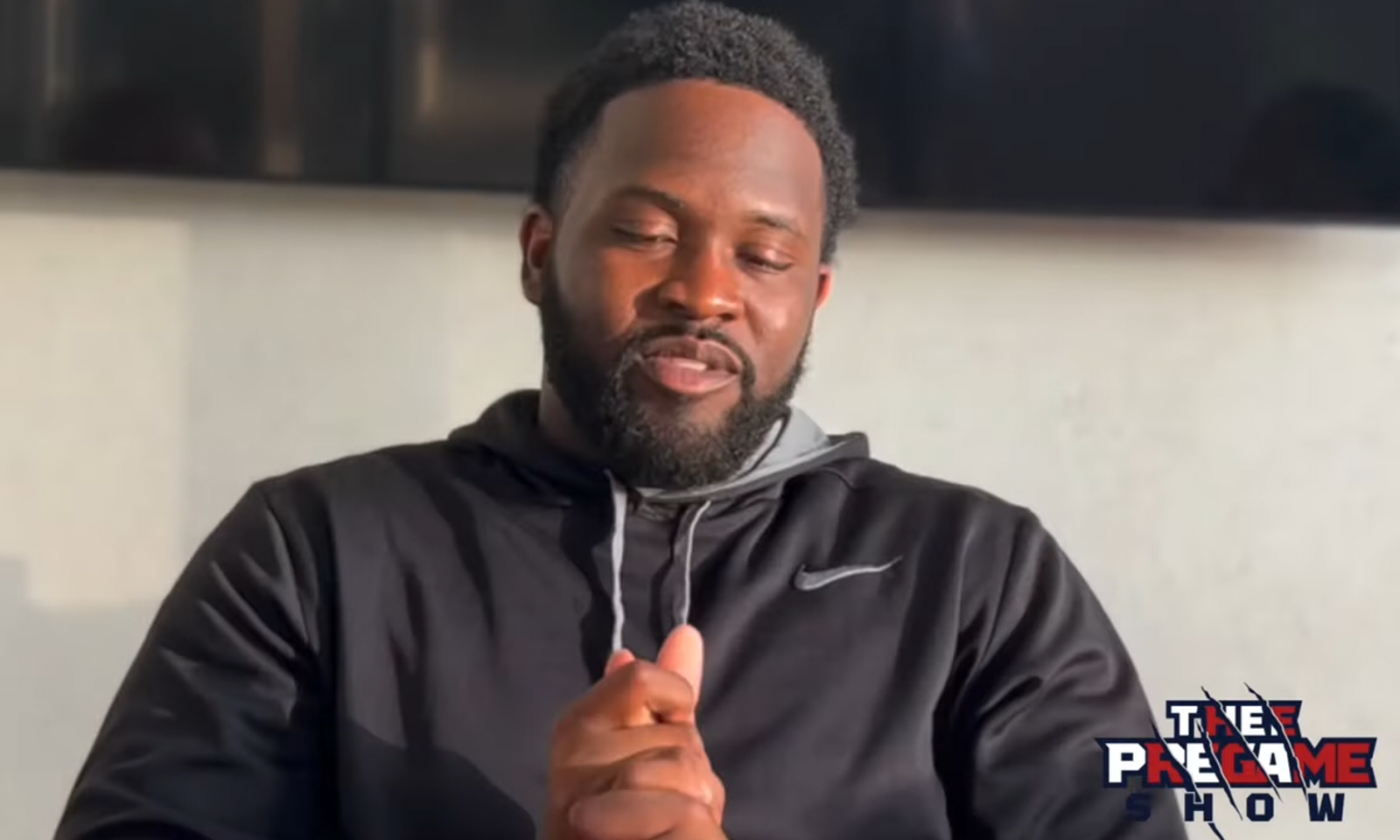 Hayes says his game speaks for itself.

JACKSON, MS–Offensive lineman Devin “Debo” Hayes just committed to Jackson State, and during his first visit to Jackson, Mississippi, he sat down with hosts Chris Neely and Charles Bishop of Thee Pregame Show. In the interview, Hayes spoke on what he’s looking forward to most, and what it means to play under Deion Sanders.

Just what does Jackson State gain from adding a Debo Hayes to the roster? Hayes rattled off his skills.

“My run game speaks for itself,” he said. “I’m really dominant in the run game. My passing game, from the years I’ve been in college. I’m real patient.”

Hayes added he “knows who he goes up against.”

“If it’s a speedy rusher, I need to take three or four kicks vertical,” he said. “If I go against a powerful dude I know I’ve got to anticipate bull rushing. That’s what I can bring to the game, just knowing the defensive linemen.”

“What are some of the things you bring to the table that can have an instant impact as the Tigers try to repeat for a SWAC championship?” he asked.

“Leadership,” Hayes said. “That’s the number one priority, being a leader and bringing everybody together”

“Take me in the huddle,” Bishop said. “Give me that one play call that you know you’re gonna be nasty in.”

“Tackle pull plays,” Hayes said. “I get out there, I’m very athletic. I can get to open space, I can get to the linebacker, DB. If I get in front of him and put my hands on him, I let the receiver or running back do the work.”

I Gotta Experience It

“What are you looking forward to seeing in that atmosphere that you’ve heard about?” Neely asked.

“I gotta experience it,” Hayes said. “I know there’s going to be a packed house. Coming here, you gotta dominate and bring that championship back here again and get to the next level.”

“How does it feel knowing that you’re gonna be playing for one of the greatest ever, greatest ever in his position, but just the top of marketing and branding and football itself?” Neely asked.