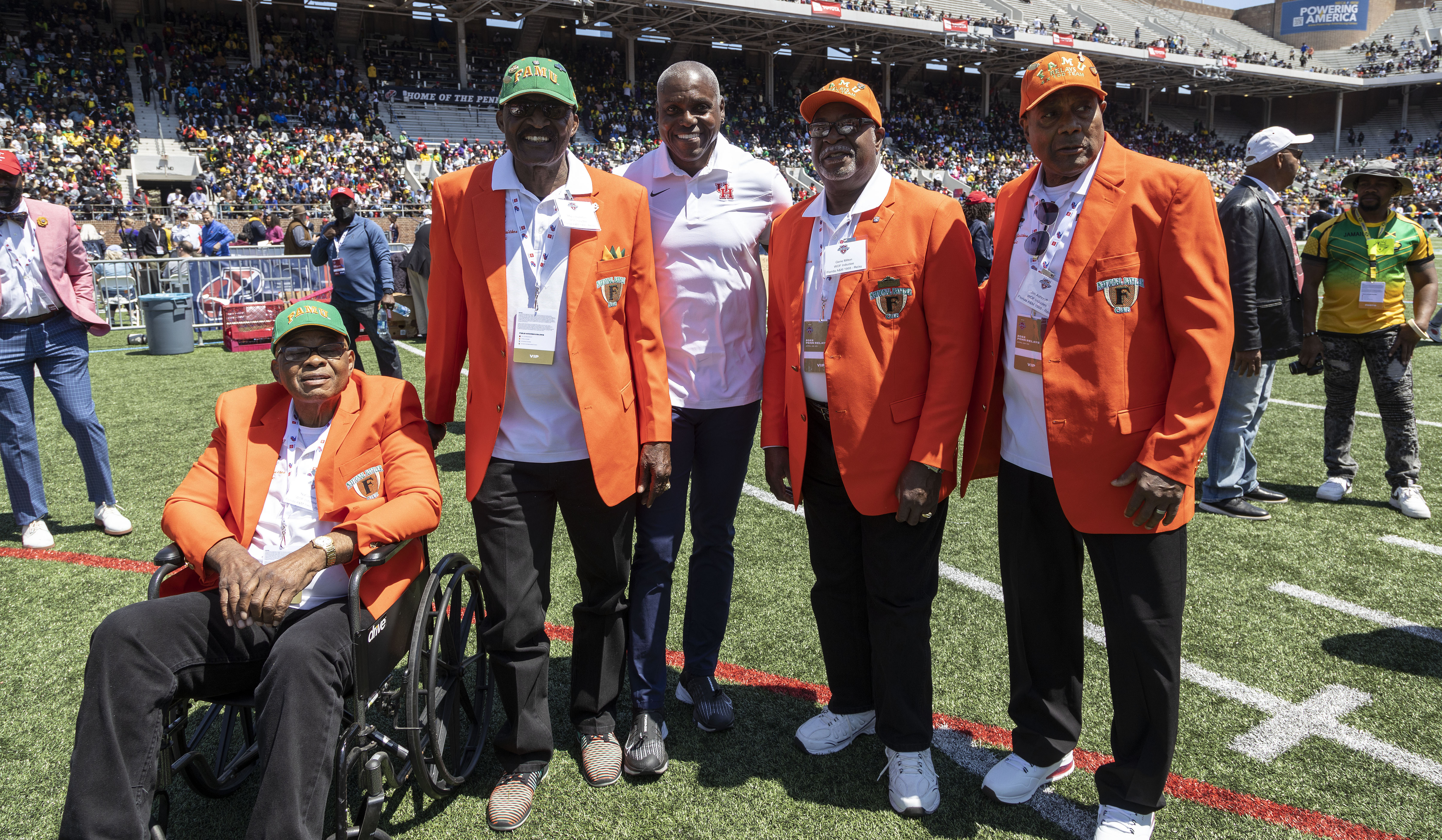 Philadelphia–In 1920 Lincoln University, Howard University and Cheyney competed at the Penn Relays marking the first HBCUs to compete in the popular event.  The University of Pennsylvania Relay Carnival, popularly known as the Penn Relays dedicated this year’s event to honoring that legacy of HBCU inclusion, participation and success.

At the center of the celebration was the addition of the 1968 Florida A&M men’s 440-yard relay team to the prestigious Penn Relays Wall of Fame.  James Ashcroft, Major Hazelton, Nathaniel James, and Eugene Milton hold the distinction of being the only team in the history of the Penn Relays with the same runners in race history to win three consecutive years of the 440-yard relay.

Wearing orange blazers, the legendary runners were given VIP treatment for the duration of the Penn Relays. Once they were introduced to the crowd, U.S. Olympic great Carl Lewis, who is currently assistant coach at the University of Houston, went over and congratulated the quartet and thanked them for paving the way for runners like him to come after them.  “You guys knew how to work hard.  I get tired of trying to stress to these youngsters that they have to work hard,” Lewis said.

Lewis was in the area because his University of Houston Cougars had just won the 400 meter relay.  The Cougars relay team posed for a photo with the legends.

Former Olympian and North Carolina Central University sprinter Norm Tate remembered the Rattler relay team.  He had finished school a few years ahead of the team, but recalled the only time he was run down in his track career.  “Right over there, he said (pointing to the third turn), that’s where Bob Hayes ran me down and won the race.  It never happened again in my career.  Bob was such a strong runner,” Tate said.