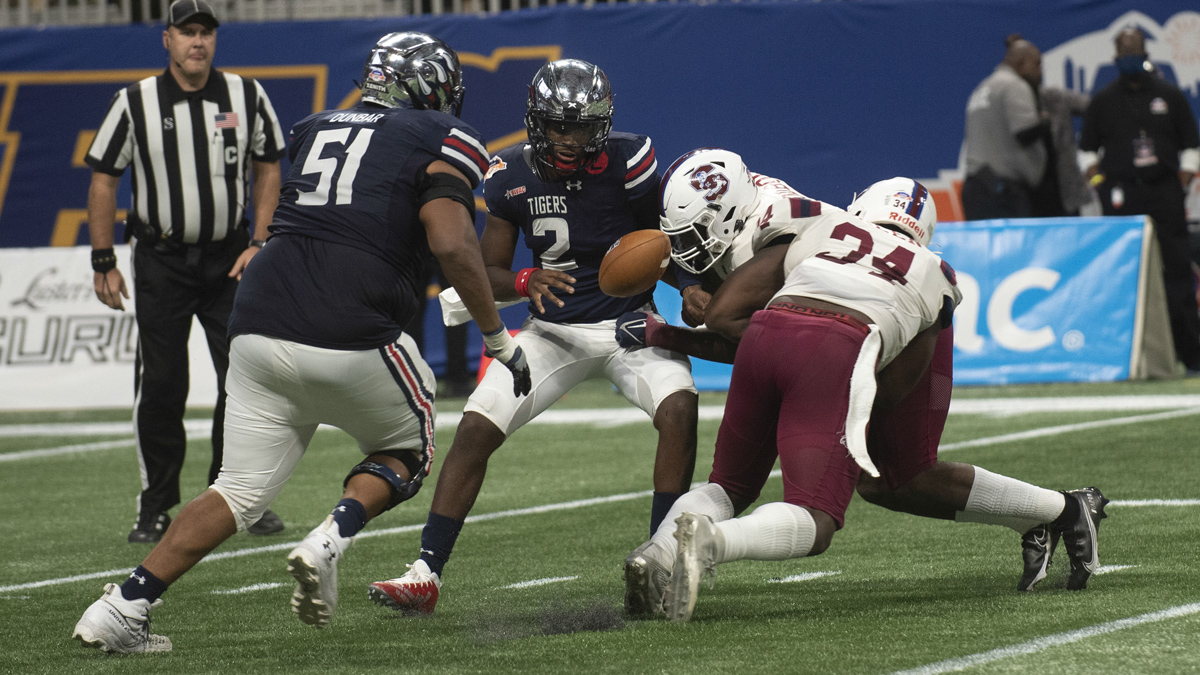 The offensive line has been an issue for Jackson State, from the Celebration Bowl to its spring game. But the transfer portal is active in and out of JSU.

The last two times Jackson State football has appeared on television there has been one glaring weakness — its offensive line.

South Carolina State exploited that weakness in the Celebration Bowl, harassing quarterback Shedeur Sanders to nock off the SWAC Champions.

There was more of the same on Sunday as JSU’s defensive line were all in the grill of the JSU quarterbacks during the spring game, which was broadcast on ESPN. Head coach Deion Sanders admitted he didn’t like much of what he saw from the line during his post-scrimmage presser.

“We went back to our old ourselves and gave up a few sacks that I don’t like seeing,” Sanders told the media. “We got to get a little more physical, a little more nasty up front. And able to run the ball at will.”

Despite those issues, Sanders said he’s not worried at this point — largely because he knows change is on the way. In fact, during JSU’s spring game former Louisiana-Layfette offensive lineman Tyler Brown committed to the program.

He will have two seasons of eligibility remaining.

“I’m not concerned,” Sanders said. “I know what’s coming. I know what we have, I know what we’re recruiting we’re close to right now. So I’m excited.”

With the new entries, however, come departures. Offensive lineman Cedric Dunbar, one of the holdovers from the Pre-Coach Prime Era, has hit the transfer portal. And he may not be the last.