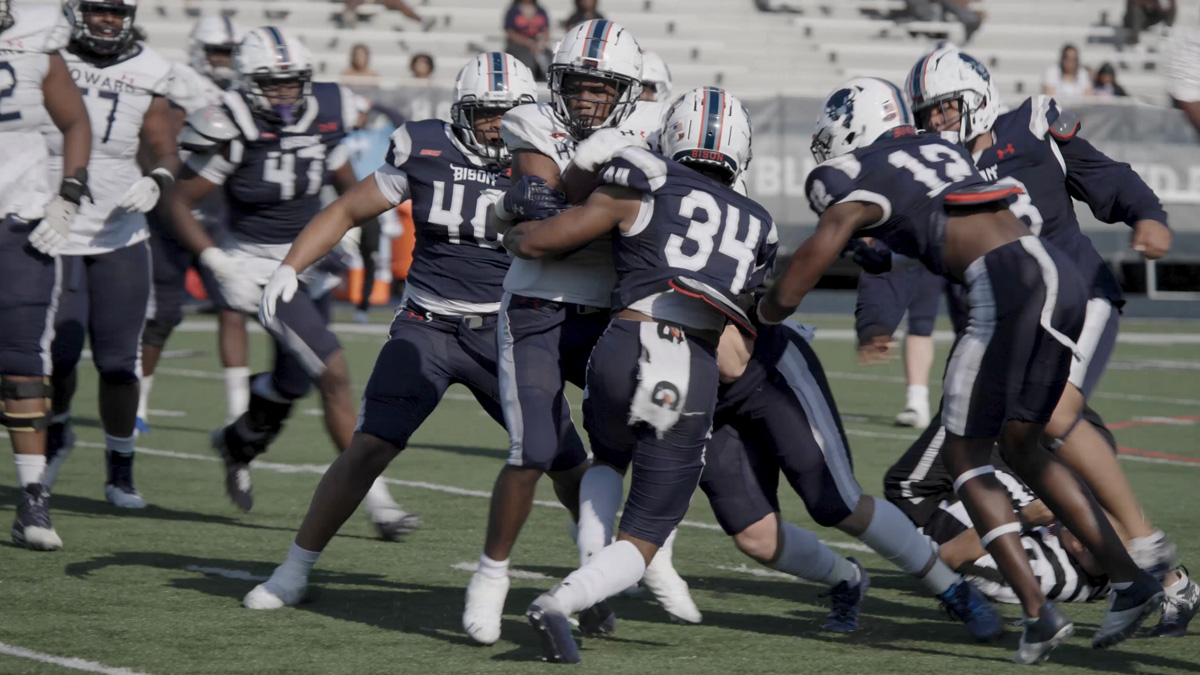 Howard University freshman running back Eden James got his feet wet while his Hall of Fame father looked on.

Watching proudly from the sidelines were two legends from the University of Miami — his father, Edgerrin James and his former teammate Santana Moss.

The Hall of Fame back watched with a smile as his son bounced into the end zone against his Bison teammates.

“It’s cool, watching him grow up right before our eyes,” James told HBCU Gameday. “Just couple of months ago he was playing high school ball. And now that he’s making the transition, I think he’s adjusting pretty well.”

James is officially part of the class of 2022, but he’s been on campus taking classes and practicing as an early enrollee.

“I’m glad we came early,” he said. “Coming in early, gives the kids a somewhat of an advantage over their peers as well.”

James played his college ball at the Power Five level, of course, but he said he was familiar with Howard University prior to it recruiting his son.

“Howard has a reputation of its own. So we always knew from a school standpoint, we knew it was going to be the right fit. But as far as athletics —  when they got Coach (Larry) Scott — and I see the direction they’re headed, it just only made sense to prepare to double-dip…being at one of the best schools and a football program that’s heading in the right direction.”

Eden James was one of half a dozen three-stars signed in the 2022 class by Scott.

Moss played with James at Miami before embarking on a successful pro career. He came to support the young back and was impressed by the atmosphere surrounding the program.

“We had to give my support and give my hand when E.J. came through here,” Moss told HBCU Gameday. “I was just here a couple of years ago. And I remember how the energy was. I think if you fast forward to today, the energy is second to none. So I’m liking the trajectory that they’re going when it comes to the program.”