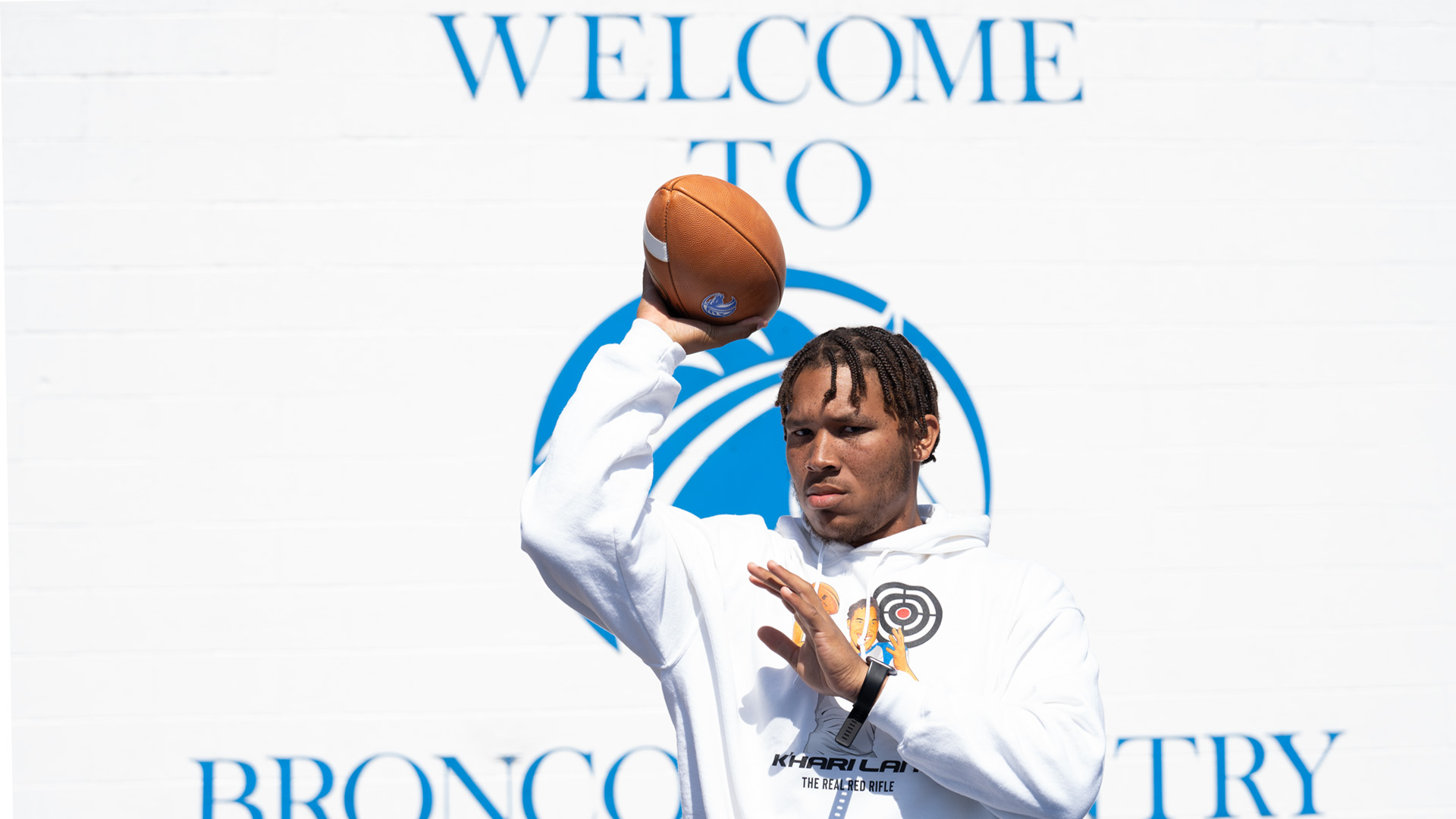 Georgia native Khari Lane starte his career at Arizona, but he’s found a home away from home at Fayetteville State while reaching back to his roots.

K’Hari Lane started his career at a PAC-12 school, but he’s found a home with the four-time defending CIAA Southern Division champions of Fayetteville State University.

The Montezuma, GA native was famously profiled in Bleacher Report for having no FBS offers despite having one of the most prolific quarterback careers in Georgia prep history. He eventually signed with Arizona where he redshirted in 2017 and didn’t see the field in 2018.

Lane left Arizona and headed for Hutchinson Community College — where he didn’t see the field the entire 2019 season.

“The the luxury of what I consider a Division I —  it’s a bigger opportunity financially —  but at the end of the day, it’s all football and it’s all about terminology,” Lane said. “Fayetteville State, before I came it was just gratitude and being grateful for another opportunity because I was in a situation where I hadn’t played in four years — since my senior year of high school — and so I was just grateful to get an opportunity, someone who wanted me to be their quarterback.”

There were actually several HBCUs at the Division II level interested in his services. So how did he end up at Fayetteville?

And Tuskegee, I didn’t feel like the system was going to fit me. But something that caught my attention — I remember the first day being here, it was when Coach Hayes came in and introduced himself and he was very assertive. And I was just like, wow, at the college level, I’ll be coached by a black coach. And that was very appealing to me.”

Fayetteville State was coming off three consecutive CIAA Championship Game appearances in four years under coach Richard Hayes and looking for a quarterback to help it get to the next level in 2020. Of course, there was no CIAA football in 2020, which gave K’Hari Lane plenty of time to get acquainted with the offense and its playmakers.

“I was fortunate enough to be here with the guys for two years before we actually played,” he said. “So it wasn’t so much as being a new guy, but no one had seen me in the game.”

Finally, on Sept. 4, 2021, Lane suited up and played in his first college football game. He threw two touchdown passes and ran for another as FSU rolled to a 47-6 win and was named the CIAA’s Quarterback of the Week. It was the start of a successful first season for Lane, who completed 65 percent of his passes for 21 touchdowns to just five interceptions as FSU went 8-2.

Lane said, when asked, that if he had to grade his performance during the 2021 season, it would’ve been a “B.”

But to say that that was my peak — not even a chance.”

That’s good news for FSU, as K’Hari Lane has two seasons of eligibility remaining. This spring, Lane has been putting in the work to make the 2022 season even better for him and his teammates.

“The difference — I would say — in this spring is just more confidence in myself. You know, I felt like last year I was just shaking out the rust and kind of just trying to figure out what I could do. Or who I could attack out there, what would be my playing style. But this spring, I kind of took into notice of just going with my intuition and trusting my instincts and trusting the work that I’ve put in.”

Lane walked into the interview wearing a white hoodie with an animated version of himself throwing the ball. Assuming this was NIL related, we asked him to expound on what his brand was about. The answer was bigger than K’Hari Lane.

“My first thought was when I started my brand was to kind of show the representation of my community. Actually this Saturday I’ll be hosting a youth football camp back in Georgia. So the things I do is not just so much a representation of my name and image, but also to represent my community and where I come from. Because I’m truly inspired, and it is very touching to see kids from my hometown make it out and get a chance to see this world. And that’s something I’ve been blessed with. And I want to continue to show everybody it is possible.”

The K-Lane Youth Football Camp is scheduled for Saturday, April 23 at Warren Holder Park in Locust Grove, GA. Lunches and t-shirts are included.