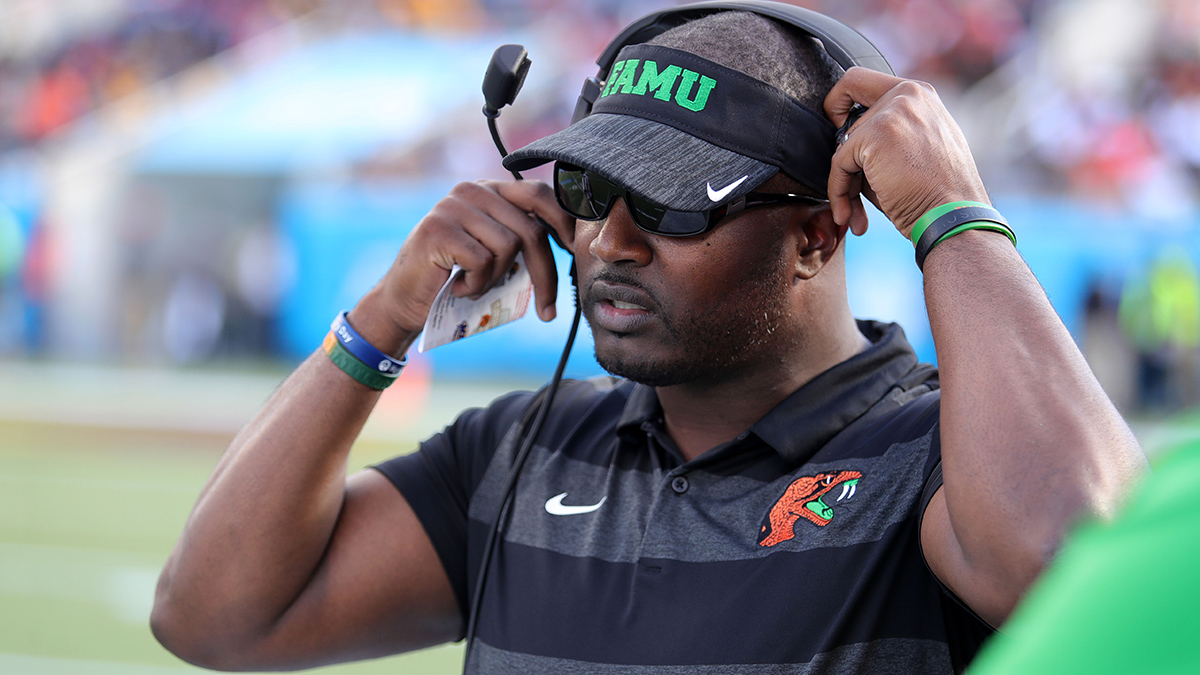 Florida A&M head football coach Willie Simmons is being candid with the FAMU community in the wake of a big shake up in the department of athletics.

Simmons wrote a lengthy open plea on Facebook to FAMU constituents on Thursday regarding the departure of former Vice President and Director of Athletics Kortne Gosha. Gosha abruptly resigned on Wednesday, effective immediately. Many people, including Simmons himself, aren’t happy about his departure.

Simmons stated a list of things he personally credited Gosha with doing during his time in Tallahassee: being transparent with the football team about canceling the 2020 season, securing funds for facilities, and even keeping him at FAMU when he was being wooed by Power Five programs.

“Know that NO ONE is more disappointed in the recent events within the university and athletic department than me,” Simmons wrote. “I’ve known Kortne for many years and was one of the first people (if not the first) he talked to here at the university when he expressed his interest in our AD position. I witnessed first hand the transformation made to this athletic department under his leadership (I listed many of those yesterday).”

Simmons stated that he had way more questions than answers.

In the swift reaction to the news that Gosha was leaving his post abruptly, many Florida A&M alumni and supporters declared intentions to withhold funds from the department or the university until they got more information on why he was leaving. Simmons said he understood the sentiment of those who chose to do so. But he also gave a proposition that he hopes will help fans keep the big picture of supporting student-athletes in mind.

“I propose this in the meantime…if you choose to, close your checkbooks (temporarily), but open your mouths. Put your collective heads together and brainstorm innovative and creative ways to do things here that give us a competitive advantage and allow us to continue to attract, develop, and retain quality student-athletes and coaches! Challenge the obstacles we face internally and externally that make it increasingly difficult to recruit and retain talented individuals. FAMU needs you, and again, FAMU is the STUDENTS who make this place the greatest institution on planet Earth!”

Obviously, there are a lot of people looking for answers of what is going on at FAMU — including the head football coach. Ultimately, however, Simmons thinks those answers will come about — eventually.

“So if you are one of those individuals, I ask that you possibly close your checkbook (for now), but please don’t allocate those funds ANYWHERE else, because we will soon get the answers we’re looking for and we will regain the trust and transparency that we all felt we had while Kortne was leading this athletic department, which will, in turn, prompt you to give again!”