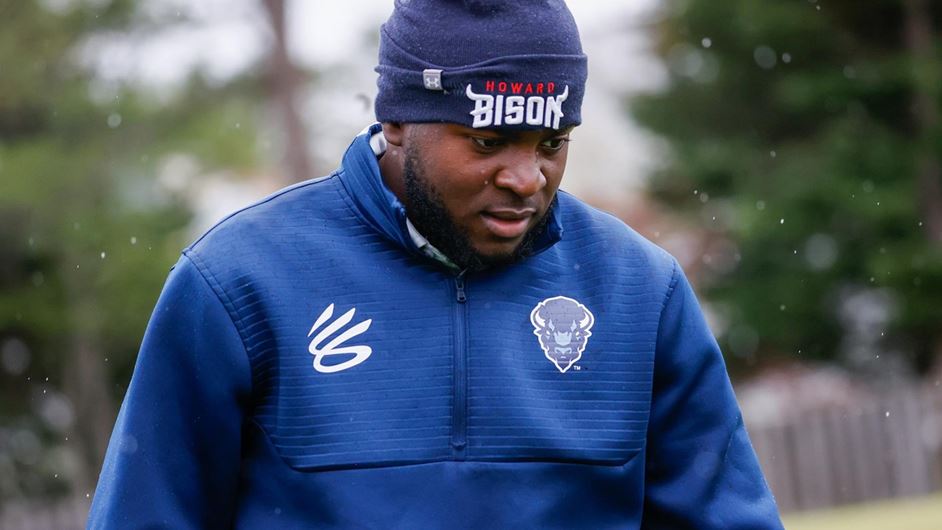 Gregory Odom Jr., accepts the exemption to compete in the Wells Fargo Championship.

Potomac, Md. (April 19, 2022) — Tournament officials announced Tuesday that Gregory Odom Jr., a senior standout on the Howard University Men’s golf team, accepted a sponsor exemption to compete in the Wells Fargo Championship as the PGA TOUR returns to the DC area next month at TPC Potomac at Avenel Farm.

Odom Jr., a Memphis, TN native, will receive one of the tournament’s four unrestricted sponsor exemptions into the 156-player field and will compete as an amateur.

Odom Jr. has finished among the top ten in individual play in the Bison’s last two collegiate events. He also has a pair of top-five and top-15 finishes during the 2021-2022 season. Odom Jr. won the PGA Works National Championship last spring at the Players Stadium Course at TPC Sawgrass for his first collegiate title. Last November, he finished third at the Golf Coaches Association of America Championship and earned an exemption to play in the 2022 Ontario Open on the PGA TOUR Canada circuit.

“I am extremely grateful to have this opportunity to play in a PGA TOUR event near where I will be winding down my collegiate experience,” said Odom Jr., who tied for fifth in last year’s MEAC Championship. “I really appreciate Wells Fargo and the tournament staff for giving me this opportunity and I look forward to the challenge of competing with the best players in the world.”

As a junior golfer, Odom Jr. finished second in the Tennessee State Championship his senior year at Middle College High School, where he also earned All-State honors in 2016. He was the 2017 First Tee of Memphis Player of The Year and the 2017 Boys High School USJGT Player of the Year.

The Wells Fargo Championship, celebrating its 20th year, is one of the premier golf events on the PGA TOUR. Since 2003, the tournament has welcomed all the world’s top 25 players and in 2019 was voted by the players as “Best in Class” among all events on the TOUR schedule.

The Wells Fargo Championship will be held at TPC Potomac for one year while the tournament’s permanent home, Quail Hollow Club in Charlotte NC, prepares to host the 2022 Presidents Cup.

The Wells Fargo Championship is partnering with Ticketmaster to streamline the ticket purchase process for fans. To purchase tickets, please visit wellsfargochampionship.com/tickets. Children ages 15 and under are admitted free with a ticketed adult.

The tournament, on behalf of Champions for Education, has distributed $26 million and raised awareness for numerous charitable foundations in the Charlotte area and in 2022 will do the same in the Washington DC area.