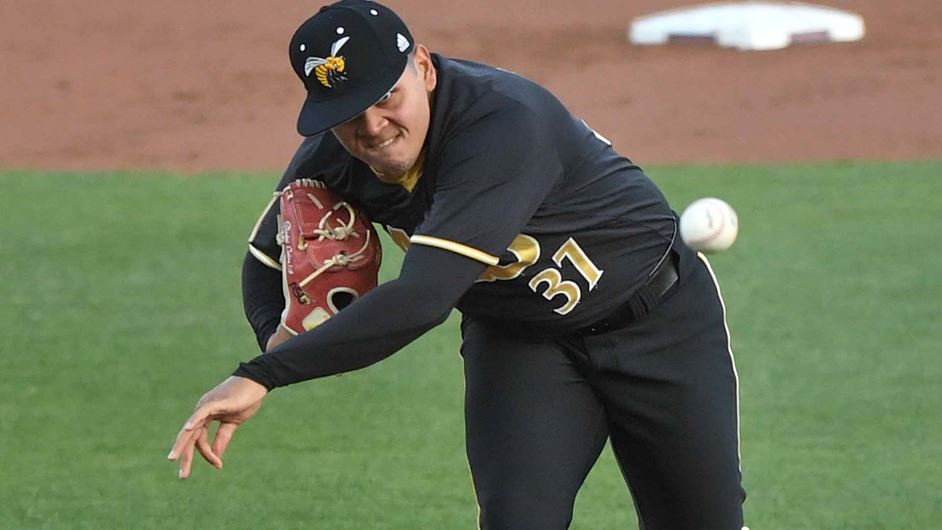 Hornets take a lead into the bottom of the ninth against the No. 19 team in the country.

AUBURN, Ala. | Alabama State was one out away from one of the biggest wins in school history until No. 19 Auburn got the bounce they needed to push the game to extra innings before escaping with a 6-5 10-inning win at Plainsman Park on Tuesday night.

Sebastian Colon (Juana Diaz, PR) suffered the loss for Alabama State (20-15) out of the bullpen working 0.2 innings and allowing one run (unearned) on two hits. Five different Hornets picked up a base hit in the loss.

Auburn (25-12) had a chance to put the game away after three straight walks to start the third inning before Shadai Colon (Rio Grande, PR) struck out back-to-back hitters and induced an inning-ending pop-up on the infield to keep the Hornets within a run at 1-0. Corey King (Lithonia, Ga.) followed the next inning with a lead-off single on the infield between the pitcher and third base to break up the no-hit bid of Mason Barnett. After the Hornets tied the game in the fourth, Auburn loaded the bases again in the bottom half of the inning after an infield error and a walk before Colon ended the inning with a strikeout.

Colon faced one batter in the fifth inning, his longest outing of the season in his first start before giving way to Payton Harris (Hattiesburg, Miss.) with a runner on first. He allowed two runs on two hits with six strikeouts but did give up six walks. His previous career-best was 2.0 innings against Jackson State in relief back on April 3, and prior to that start had only gone 1.2 innings twice on the year. Harris kept Auburn off balance for four innings allowing a pair of runs on three hits with three strikeouts before giving way to Breon Pooler (Huntsville, Ala.) who pitched the ninth giving up a run with a pair of strikeouts.

Up Next
Alabama State hits the road for a three-game Southwestern Athletic Conference (SWAC) series against defending East Division champion Jackson State beginning Friday night at 6 pm. The teams will play game two on Saturday at 3 pm and game three on Sunday at 1 pm.