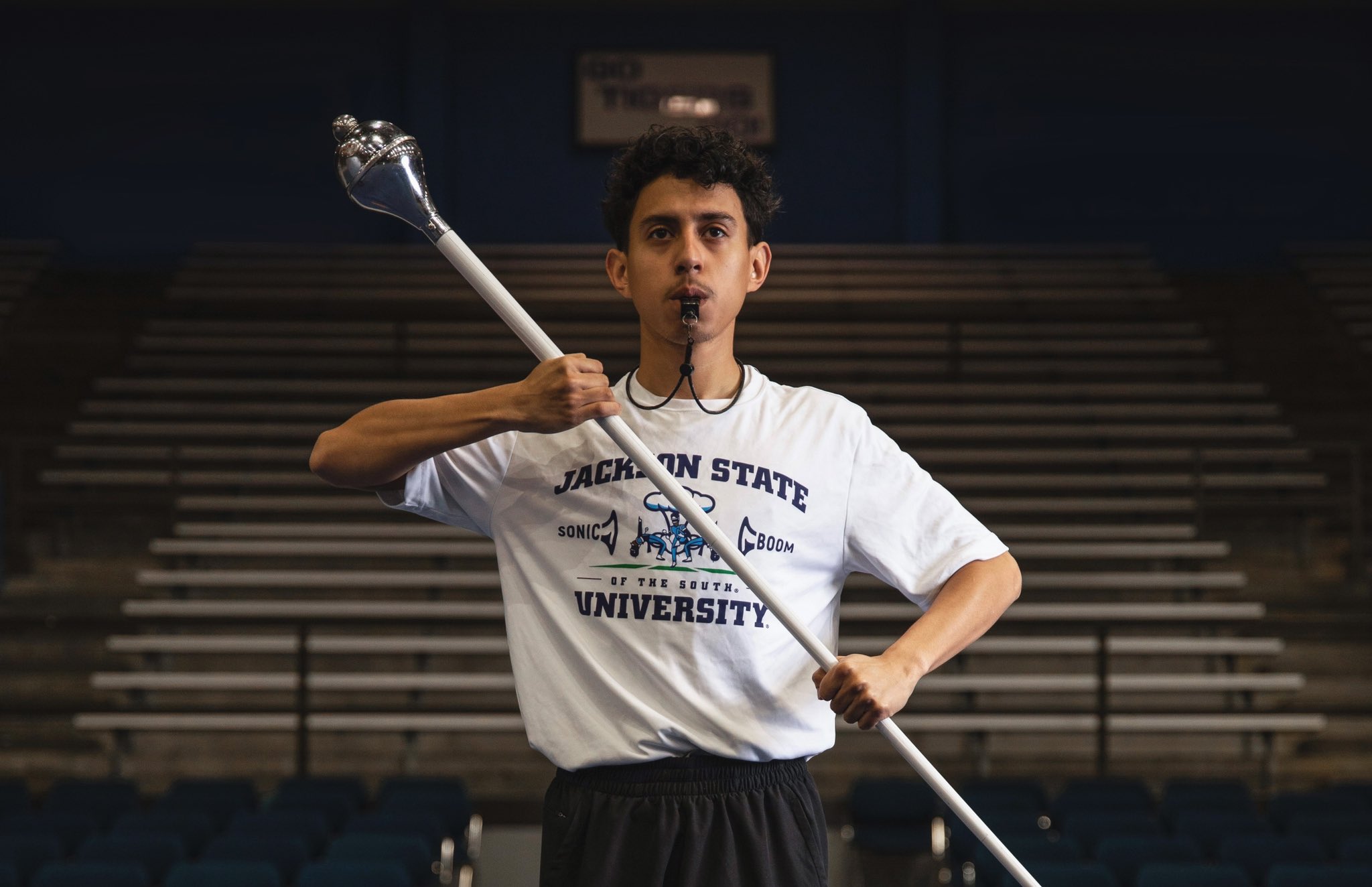 Jackson State University made history this month in terms of diversity with the Sonic Boom of the South. Marvin Meda was named J5 head drum major, the first Hispanic head drum major in school history.

“To inspire others, to show them your progress through whatever you go through. And you still made it at the top. And to me, that means a good leader, And most of the people that graduate from Jackson State from Thee I love, do that,” Meda told WAPT news in Jackson.

Priscilla Marin is also an inspiration within the Sonic Boom as the first Hispanic student to dance with the Prancing J-Settes. She’s been a member of the squad for the past two years.

“I have come across other Hispanic girls who wanted to, who aspire to also be a prancing J-Sette. And it’s been wonderful to meet them and know that they’ve seen representation through me of being a Prancing J-Sette and hopefully they can come here as well,” Marin told the news outlet.

Both Meda and Marin are both from Dallas, Texas.

Other members of the J5 this year include Edrick Franklin, Christian Houghton, Greg Turner and Gemal Duncan. The captain of the Prancing J-Settes for next season is Cialah Jones.

Jackson State’s home opener is against Grambling University on Sept. 17.