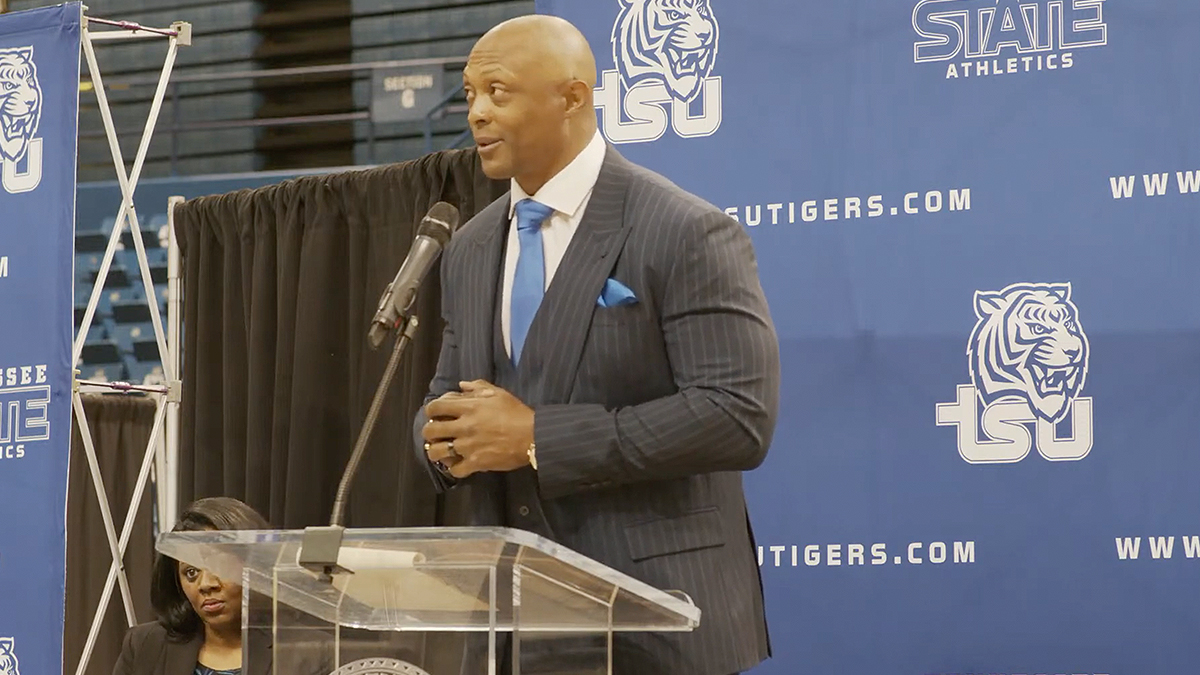 Ohio State alumnus Eddie George said he would love to bring his Tennessee State program to play his alma mater in the future.

Now that Tennessee State has a game with Notre Dame in its pocket, could Ohio State be next?

TSU head coach Eddie George, an Ohio State alumnus, recently returned as a speaker at the Ohio State Coaches Clinic at the Woody Hayes Athletic Center. He also took in some of the team’s spring practice.

When asked if he would like to bring his team up to take on OSU, George didn’t hold back.

“I would love that,” George told the Tennessean. “That would be a wonderful thing: if I could come back in the stadium where I played, to coach (there) now. To grace the sidelines at Ohio Stadium as a coach would be phenomenal. I think it will be a great thing for the fans to see.”

TSU is set to travel to Notre Dame on Sept. 2, 2023. It will be the first historically black college or university (HBCU) and the first Football Championship Subdivision (FCS) program to take on the storied program. Both George and Notre Dame’s head coach are Ohio State alumni.

Ohio State has previously hosted an HBCU. It welcomed Florida A&M to its stadium in 2013 with a 76-0 win and a $900k paycheck.  Whether or not TSU is next on the list for OSU, George said he did take notes on his latest trips to Columbus.

“We get to see how things are done here at Ohio State and at Notre Dame,” he said. “It’s done with detail; it’s first class personified. We can definitely do that at Tennessee State within our budget. My motto is we’ll play anybody anywhere. That’s what I live by and that’s what we’re going to do.”

366
The Latest in HBCU Sports and Culture