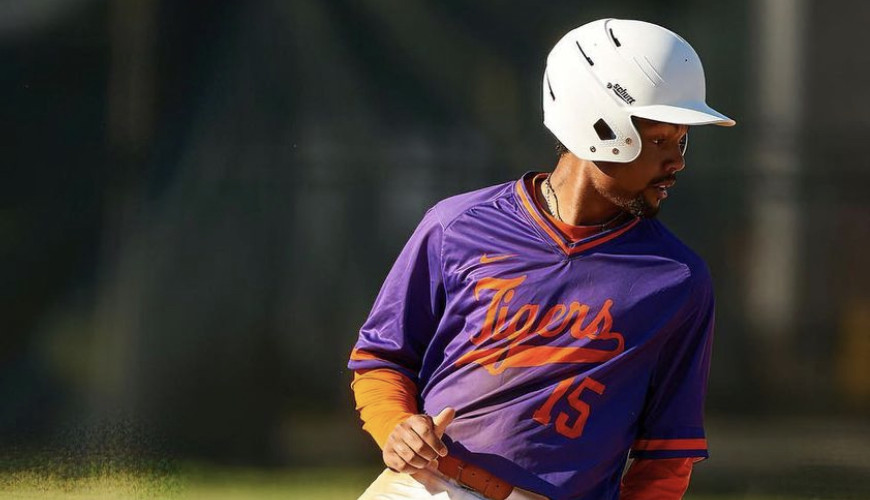 Jacksonville, Florida-The Edward Waters baseball team picked up a massive road victory over a Savannah State team that coming into Friday’s game, won their last 13 consecutive games, were the #1 ranked HBCU baseball team in several polls, and ranked 8th in the recent NCBWA South Region poll. The Tigers had to use extra innings to pick up a 6-5 victory in 10 innings at Tiger Field in Savannah.

The victory for the Tigers also gave them their ninth win in their last 13 contests away from Henry L. Aaron Field at James P. Small Memorial Baseball Park.

SSU cut the lead in half in the bottom of the 3rd with an RBI triple to make it a 2-1 ballgame.

EWU extended their lead in the top of the 5th when Payton Shubert hit a mammoth 2-RBI homerun, his team leading fourth homer of the season and third in the last six games, to push the advantage to 4-1.

Savannah State would not be denied in the bottom half of the 5th with two RBI singles to cut the lead back to one at 4-3.

SSU tied the proceedings at 4-4 in the bottom of the 8th on an RBI singles.

The two teams went scoreless in the 9th inning pushing the game to extra innings. Edward Waters plated two critically important runs in the top of the 10th inning. A Shubert RBI triple, and an RBI single from Luis Rodriguez gave the Tigers a 6-4 lead.

Savannah State was able to pull one run back in the bottom of the 10th on an RBI sacrifice, but Caden Hutchinson was able to close the door on an SSU comeback to preserve their one-run victory,

Payton Shubert fell a single and double short of hitting for the cycle, finishing the game 3-for-5 with a triple, a homerun, three RBIs and two runs scored. Daquarius Thompkins also went 3-for-5 with an RBI and a run scored for Edward Waters.

Edward Waters and Savannah State will continue their home-and-home weekend series on Saturday afternoon in Jacksonville with a doubleheader starting at 1:00pm at Henry L. Aaron field at James P. Small Memorial Park.