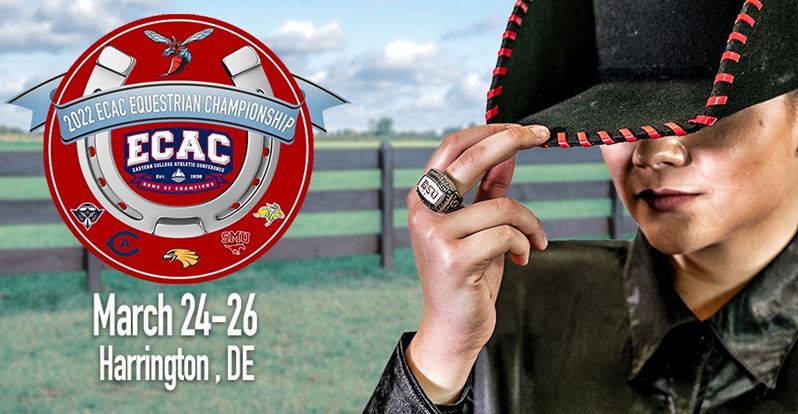 Dover, Del. (Mar. 22, 2022) – The Delaware State Fairgrounds in Harrington will be the site of the 2022 Eastern College Athletic Conference (ECAC) Equestrian Dual Discipline Championship this week.

The six-team tournament, hosted by Delaware State University, begins with first-round competition on Thursday (Mar. 24) at the Quillen Arena on the fairgrounds.
Delaware State is the number three seed in the tournament. The Hornets will face No. 6 Minnesota Crookston in the opening round. The winner will take on No. 1 seed SMU, which earned a first-round bye.

Thursday’s other opening round match will feature No. 4 seed UC Davis against No. 5 South Dakota State, with the winner battling No. 2 Tennessee Martin.

The semifinal competition is set for Friday (Mar. 25) and the championship match will be held on Saturday.

Competition is scheduled to begin at 10:00 a.m. each day.