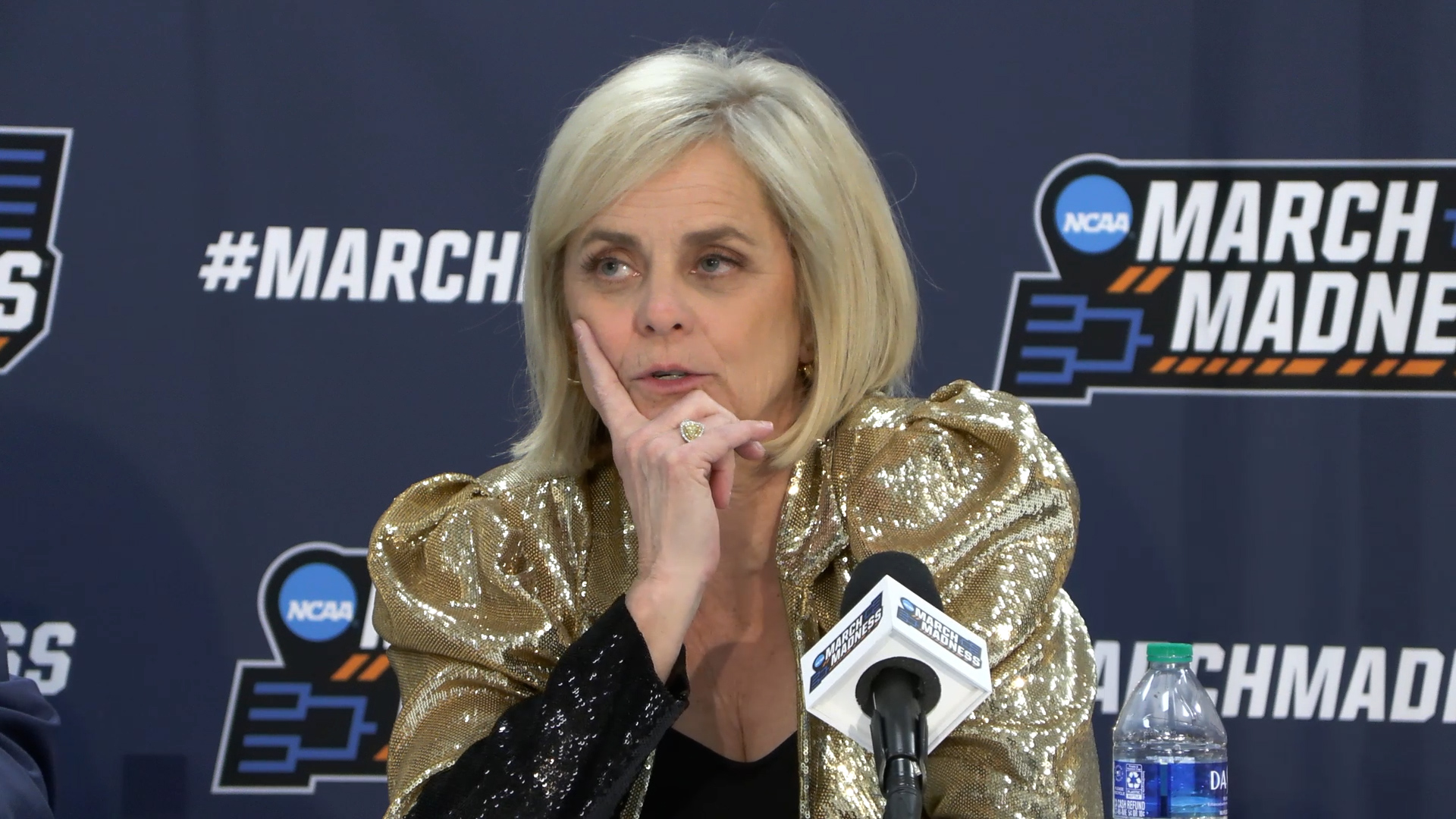 Mulkey conjured up a little Destiny’s Child and Jim Croce.

During last weekend’s NCAA Tournament Selection Show, Jackson State coach Tomekia Reed and her team were pretty fired up when learning they were a No. 14 seed. The matchup against LSU and its head coach Kim Mulkey seemed to make things a little sweeter.

“Hey, Kim Mulkey got it coming baby!” Reed shouted while high fiving her players. It was after all Mulkey and her then Baylor team that defeated Jackson State in last year’s tournament.

It all appeared to be a heat of the moment exchange between Reed and her team, caught up in the joy of March Madness. But as sports goes, every team is looking for a competitive edge and any perceived slight to add to its bucket of motivation. The clip of Reed referencing Mulkey, and what she believed to be on the way, made it back to the LSU Locker room. Of course it did.

Here is the transcript of how Mulkey responded when asked about the clip after LSU’s 83-77 win over Jackson State on Saturday.

COACH MULKEY: (Laughing) Y’all see it? Who saw that video? I did see it. I didn’t see it because I’m on social media, I saw it because people send it to me and it was bulletin board material, okay.

So what is your question? You want to know what my reaction to it was? Y’all know I like to sing, right? So when I saw it, because it was my name, I said reminded me of that song Jim Croce used to sing. Jim Croce was killed in a plane crash in Natchitoches in the 1970’s for those of you who are too young to know who he was.

He had had a song that goes like this: You don’t tug on superman’s cape. You don’t spit in the wind. You don’t pull the mask off the ‘ole Lone Ranger and ya don’t mess around with Kim. That was my first thought.

The original song ended of course with “ya don’t mess around with Jim.” But the flamboyant Mulkey laid in her own name with deadpan comedic timing. It was actually kind of funny, and she wasn’t done. She wanted to make sure each generation had a reference for her point.

Y’all have a good day. Love you all. We good?

It was a walk-off jab at Jackson State, a team that she and her players effused respect for during their post game comments. There is fun inside of competition, and competition inside of the fun. It was also a reminder that Jackson State women’s basketball is right where they want to be and gaining traction. A mid-major that is getting bigger in the rear view mirror of the college basketball elite. Mulkey wouldn’t have bothered otherwise.