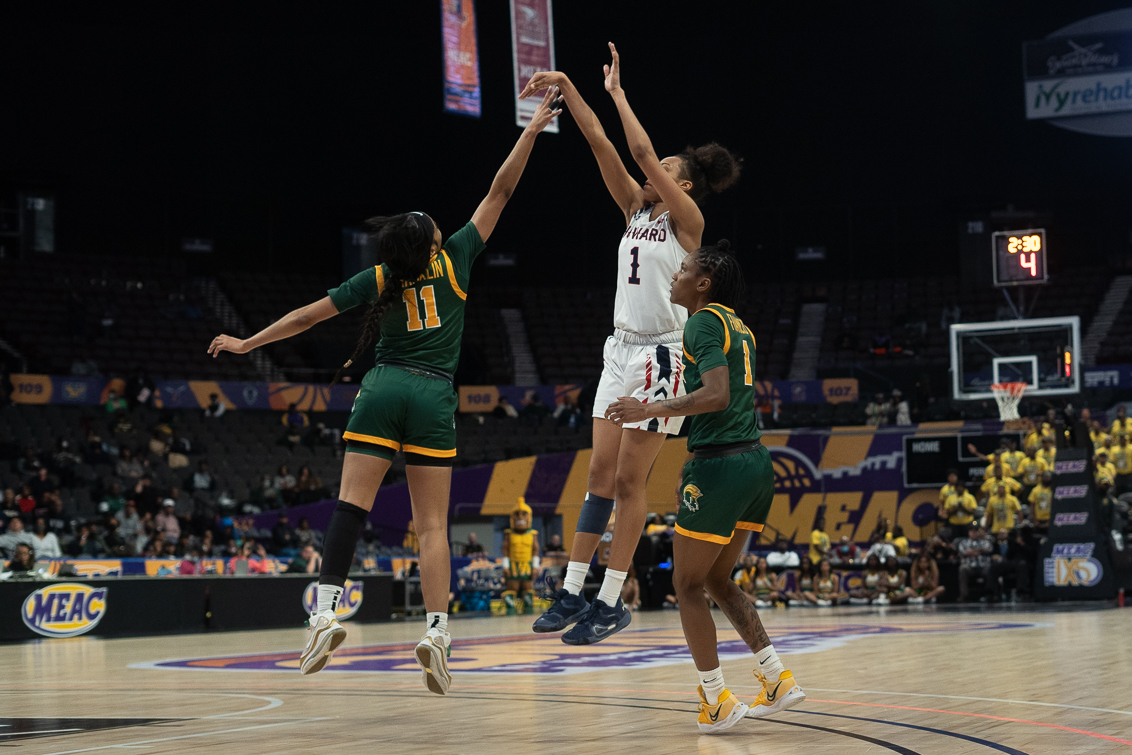 COLUMBIA, S.C. – Wednesday night’s First Four game between the reigning MEAC champion Howard University Bison and the Southland Conference champs Incarnate Word was a battle of teams who were relatively new to the big stage of the NCAA Tournament.

Incarnate Word was making its first appearance in the NCAA Tournament in program history, while Howard was returning for the first time since 2001. In the end, HU was able to pull from its own experiences this season and get the 55-51 win and advance to the first round. It will face top-seeded South Carolina Friday at 2 p.m.

The first quarter saw both teams trading baskets for the entire period and shooting over 40 percent.

Things came to a grinding halt in the second quarter as both teams underwent a series of scoring droughts throughout. Howard shot just 3-for- 8 in that period but still only trailed by two at the half.

“Yeah, like [Brooklyn Fort-Davis] said, crashing the boards was just crucial because it gave us a second opportunity to hit shots,” she said. “Even when our shots weren’t falling, we were able to get our own rebounds, just keep trying, keep pushing at them, along with our defense being able to lock them down so at least they weren’t scoring, and once we got into a rhythm, we just capitalized off of it.”

In the fourth quarter, Iyanna Warren went on a 4-0 run by herself and helped give Howard some breathing room, putting them up 47-42 with 4:48 left in the game.  The Cardinals kept things close by being almost automatic from the free throw line. They finished 11-12 in the game and cut Howard’s five-point to just one with about two minutes left in the game.

The Bison were able to get some timely steals and defensive rebounds as the time wound down to ice the game. Howard University head coach Ty Grace said her team got the nerves out and the poise kicked in in the clutch.

“We just needed to settle in. We missed a lot of shots, like you all saw, missed a ton of shots, but I think the rebounding kind of wore them down a little bit,” she said.  “We saved that defensive pressure, definitely mixed it up with them. We played man and we took away some of their looks in their offense. I think the team did a good job locking in in the second half defensively, and obviously we started making our free throws down the stretch and made some lay-ups when we needed them that were really crucial, so that was important, and I think that kind of helped us pull away.”

Fort-Davis led the way for Howard University with 15 points and 11 rebounds. Marsh was next with 14 points and 16 rebounds. Destiny Howell rounded out the top scorers list with 11 points.

Tiana Gardner finished with a game-high 16 points for Incarnate Word, followed by Jaaucklyn Moore with 14.