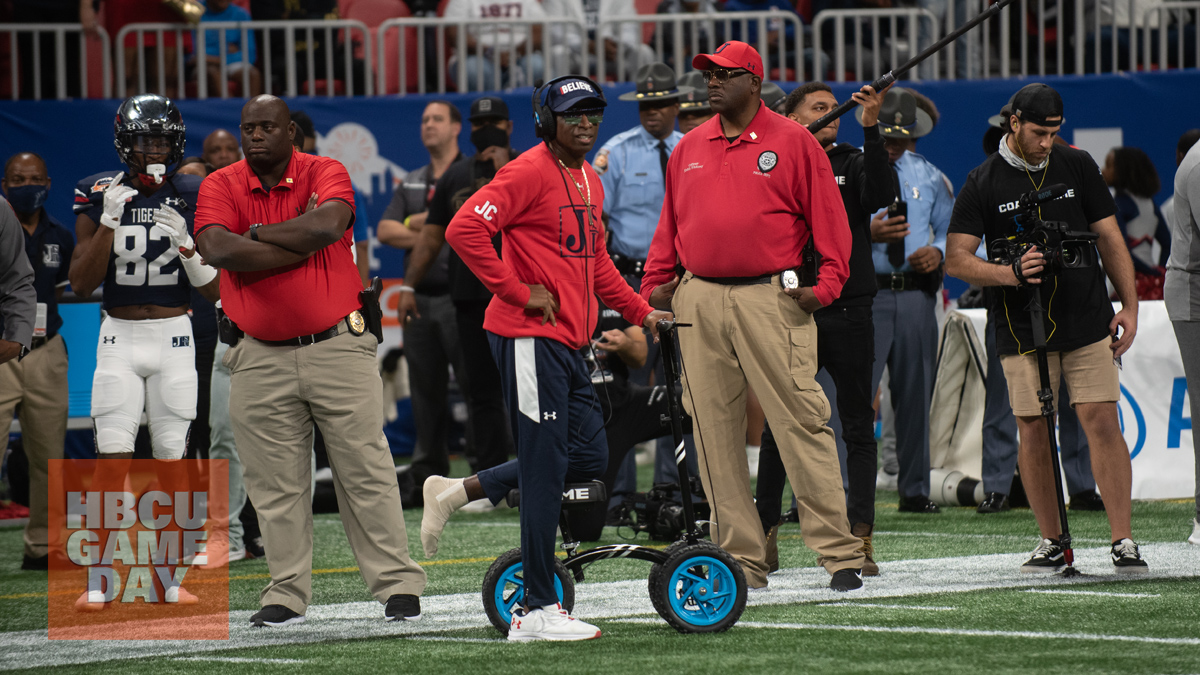 The Southern Heritage Classic is suing Jackson State and the SWAC, and the promoter included statements made by JSU’s Deion Sanders.

The Southern Heritage Classic is going after Jackson State and the SWAC while citing Instagram posts from Deion Sanders.

JSU is being sued for breach of contract by Summitt Management Corporation, owned by Jones, and the SWAC is named in the suit as well. The suit was filed on March 14, 2022.

SMC is seeking $1.8 million in damages for the 2023 and 2024 games from JSU after it announced that it would not participate in the game in 2023 and 2024. JSU entered into a contract with SMC in 2019 to play in the game for five seasons, through the 2024 season. SMC is seeking more than $5 million in damages per year from the SWAC which it claims interfered with the deal between JSU and SMC, according to documents obtained by Action News 5.

Jackson State head coach Deion Sanders is named in the suit as it cites an Instagram post that alleges that the classic wasn’t profitable for JSU.

“SMC has paid JSU fees exceeding $6 million over the years, during many years when JSU was struggling financially. Over the years, TSU has won more games than JSU, but JSU has been better in recent years, and stronger financially. In 2021, JSU was nearly undefeated and won the SWAC championship.”

JSU announced in early February that it would be opting out of the Southern Heritage Classic effective immediately. According to the suit there were no prior phone calls or emails regarding termination. JSU eventually relented to participate in 2022, but stated that it would not continue past this year’s game.

That news came approximately a week after the SWAC announced a new classic in Birmingham for 2022, 2023 and 2024 seasons. SMC filed a tort in which it claimed “wrongful interference with contractual relations.” In JSU’s termination notice, it mentioned that it couldn’t honor its Southern Heritage Classic deal because of the new classic, a fact that was cited in the suit. The suit claims that the SWAC, knowing that JSU was under contract through 2024, induced JSU to breach the agreement. It claims that JSU would not have breached the agreement but for the SWAC’s conduct.

SMC is seeking a mandatory injunction compelling JSU to perform its duties as set out in its contract with SMC.