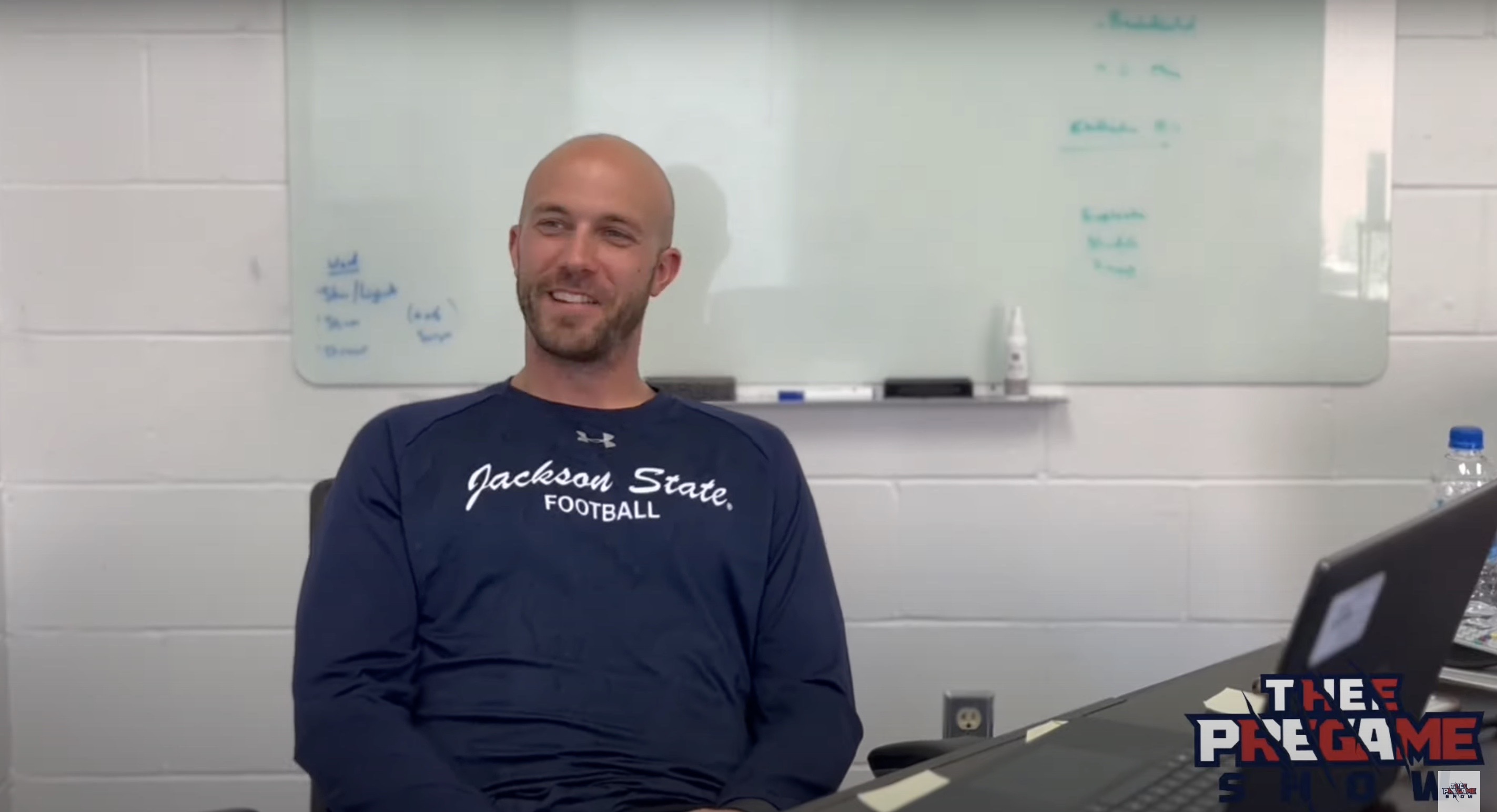 Christopher Neely of Thee Pregame Show recently sat down with Bartolone to chat about how the Tigers are shaping up. See part two of the interview here:

“We’re going to play fast,” Bartolone said. “And I don’t mean that in a sense where we’re just going to get up there and snap the ball as fast as humanly possible and be uptempo and all that. Tempo is great and in order to be efficient you got to have great tempo in my opinion, but playing fast to me means guys are playing really confidently.”

When watching the Tigers this fall, Bartolone says you’re going to see a unit “where guys know their assignment.”

Bartolone said there’s a purpose behind every play, and it’s all about building a more confident player.

“There’s a consistency to it,” he said. “Consistency equals confidence.”

“One of my favorite quotes is a Bruce Lee quote,” Neely said. “He said he doesn’t fear the man who has practiced a thousand kicks, he fears the man who’s practiced one kick a thousand times.”

“That’s right, that’s exactly right,” Bartolone said. “That’s a good way to put it. It’s about just having an identity. It’s like, what are you good at? And so, if you got something that you’re good at, and you got answers to it, well it don’t take much more than that. You just got to make sure you can execute it.”

Bartolone knows how much the SWAC and the Jackson State fanbase loves big plays. There are plans to get explosive on the field this fall.

“The defense, they have to know, that at any given point we could throw the football over their head,” he said. “We got the receivers to do it, we got the quarterback to do it, and that just opens up the rest of the field for us.”

Bartolone’s philosophy for the fall is a lot of guys have to touch the ball. But, the team also has to touch every inch of the field.

“We want to put the fear of God in the defense,” he said. “They got to think and they got to know that we’re going to throw the ball over their head, but we also want to be able to spread the wealth everywhere else and attack them everywhere else on the field.”