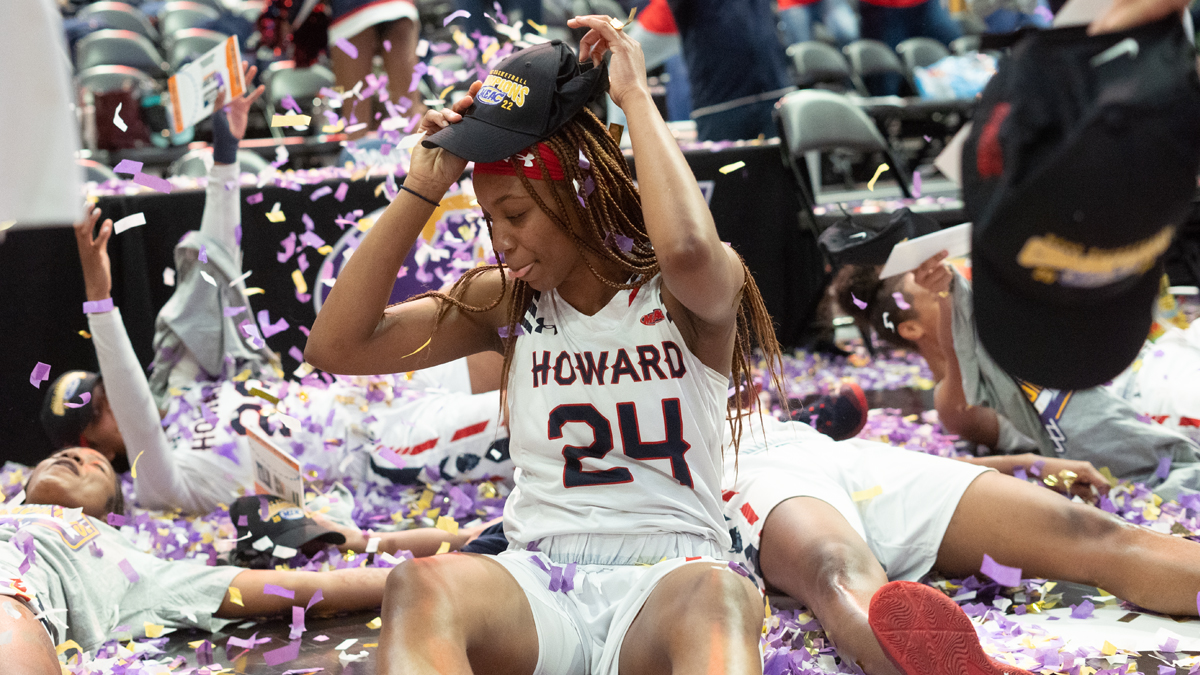 The Howard University women are headed to the NCAA Tournament for the first time in over two decades.

The Howard University women’s basketball program waited 21 years between NCAA Tournament bids. Now it gets to take the center stage in a First Four matchup.

The Division I Women’s NCAA Tournament bracket was released on Sunday night and the MEAC champion learned it will take on Incarnate Word.

The game will be played in Columbia, S.C. on Wednesday, live on ESPNU at 7 p.m. The winner will then face No. 1 overall seed South Carolina in the first round on Friday.

Howard University (20-9) was named co-champion of the regular season along with Morgan State and Norfolk State before going on to beat NSU 61-44 on Saturday evening. The win gave HU its 11th women’s basketball title, but its first since 2001.

The Bison are led by Destiny Howell, who averages a team-high 12.9 points per game and is coming off a 25-point performance in the MEAC title game. Anzhane’ Hutton is second on the team in scoring with 11.1 points per game while shooting nearly 47 percent from the field. She also averaged a team-high 7.7 rebounds per game.

353
The Latest in HBCU Sports and Culture