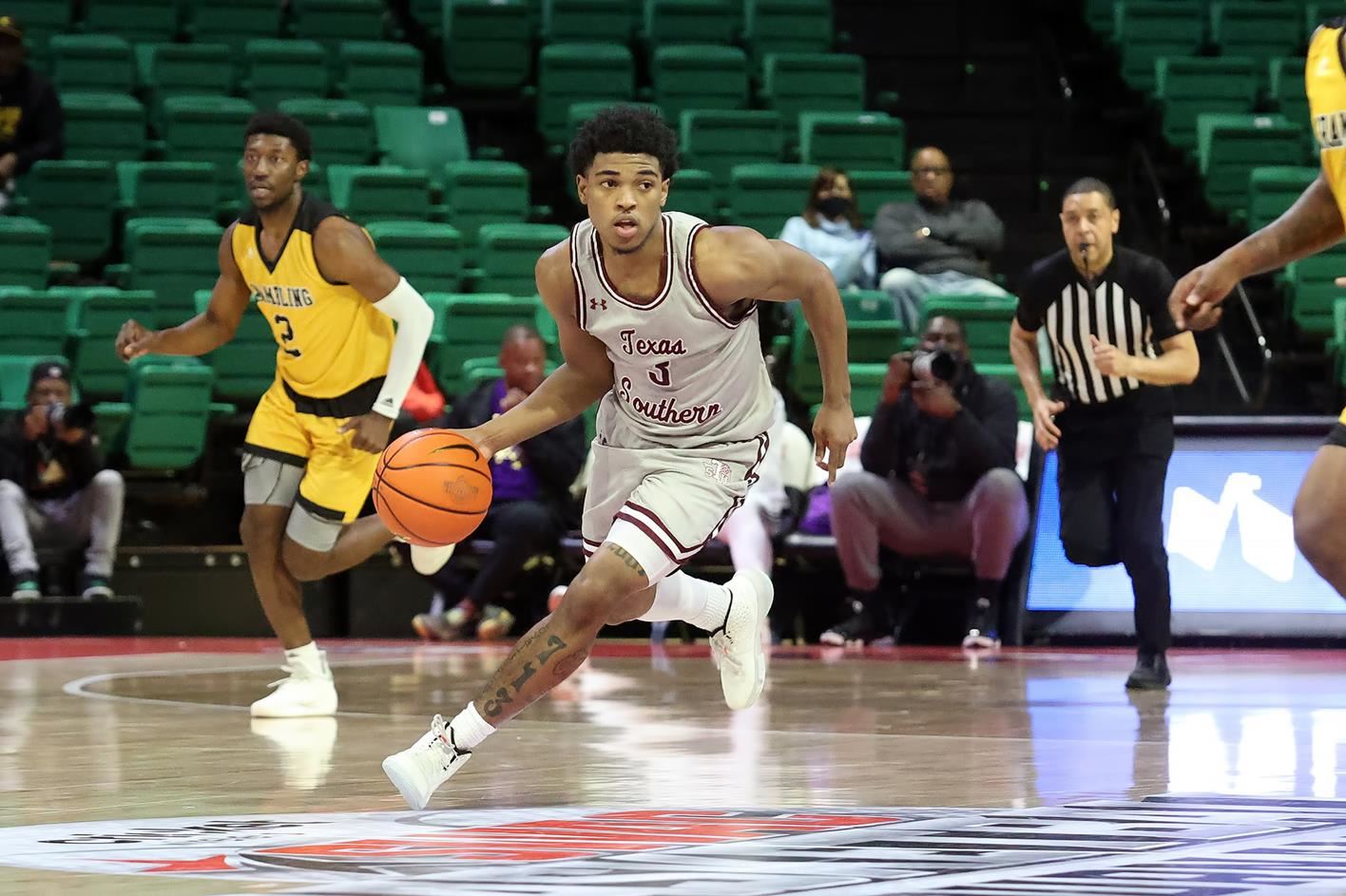 The Tigers cruised to the championship round for the fifth consecutive time.

BIRMINGHAM, Ala. – Texas Southern advanced to the SWAC Tournament Championship Game in style with a dominant 74-53 win over Grambling State on Friday afternoon inside Bartow Arena.

Grambling State and Texas Southern have had some wire-to-wire battles throughout the season and the game began that way as Grambling State jumped out to an 18-10 lead as they hit eight of its first 15 shots while TSU only hit four shots during that span.

PJ Henry would make his presence known with a three-point play to end the run but GSU countered with a three-pointer for a 21-20 lead. TSU would move ahead 22-21 after John Walker III found John Jones for a layup. TSU upped the lead to 24-21 after another Henry jumper and with 3:50 left, Henry once again came up big with a trey in front of the GSU bench for a 27-21 lead. Karl Nicholas would come up with steal and Henry once again rose to the occasion with a trey as TSU led 30-21.

Grambling State responded with a three-pointer to get within 30-24 but Brison Gresham went strong to the basket and drew a three-point play for a 33-24 margin. TSU came up big on the defensive end with a steal two possessions later and went up 35-24 as the 23-6 run capped off the first half.

TSU missed its first three shots of the second half and wanted to avoid recent history between both teams as both regular season games were decided in the closing minutes this season. However, TSU would turn the jets on and remove all doubt as they hit nine of its next 10 shots including five three-pointers. By the time the dust settled with 9:44 remaining, TSU’s 22-12 run moved them ahead 65-36 and they would never look back as the Tigers cruised to the championship round for the fifth consecutive time since 2017.