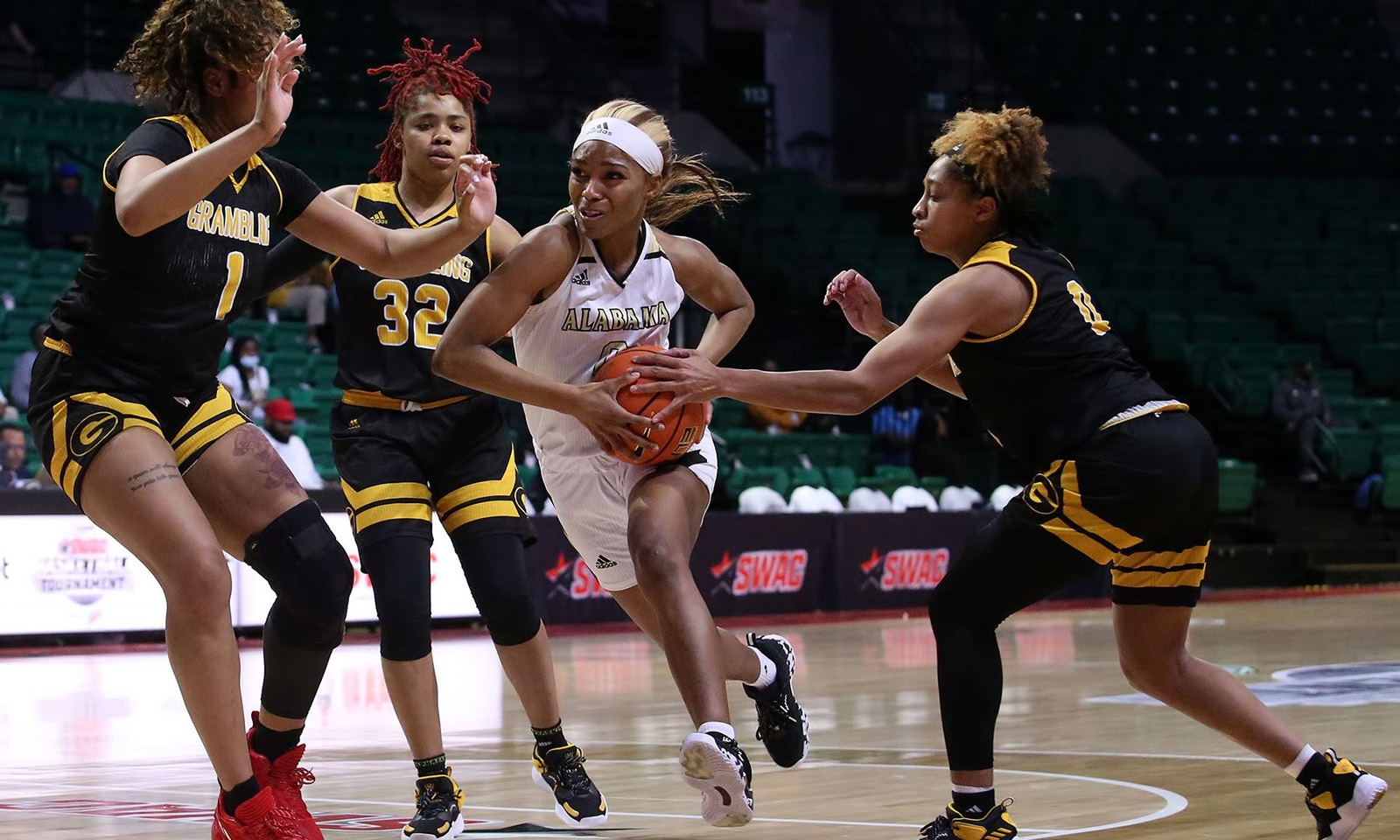 “This was a huge win for us, they beat us twice earlier this year by 30-something and then we were up on them by 16 last week before they came back.”

BIRMINGHAM, Ala. | No. 3 seed Alabama State built a double-digit lead in the first half and built on that lead in the second half as they ran past No. 7 seed Grambling State 74-59 at Bartow Arena on Friday afternoon in the semifinals of the Cricket Wireless SWAC Basketball Tournament presented by Mountain Dew.

Alabama State ran out to a 10-point lead at the break 34-24 before building that to a 20-point lead with 4:09 to play in the game to advance to their second consecutive championship game in Birmingham. Jayla Crawford (Birmingham, Ala.) rebounded from her quarterfinal performance to lead the Hornets with 22 points on 7-of-11 shooting from the floor including a pair of three-pointers.

Shmya Ward (Memphis, Tenn.) scored 20 points and grabbed nine rebounds, while Ayana Emmanuel (Fort Lauderdale, Fla.) recorded a double-double with 18 points and 10 rebounds. She also added a pair of assists and a pair of steals in the win.

“This was a huge win for us, they beat us twice earlier this year by 30-something and then we were up on them by 16 last week before they came back. I knew they had a lot of fight in them, and we did a really good job of keeping our composure. They came out and did the same thing they did last week and pounded the ball into the paint, so we went to a zone defense and executed it well. We were strategic in the number of minutes our starters played because I knew the last three or four games we played; teams were walking us down. I wanted to keep our starters fresh, and the girls who came off the bench were able to execute and contribute today. Ayana (Emmanuel) felt like she was not going to be stopped today, she came out aggressive after the way they shut her down last time we played.”