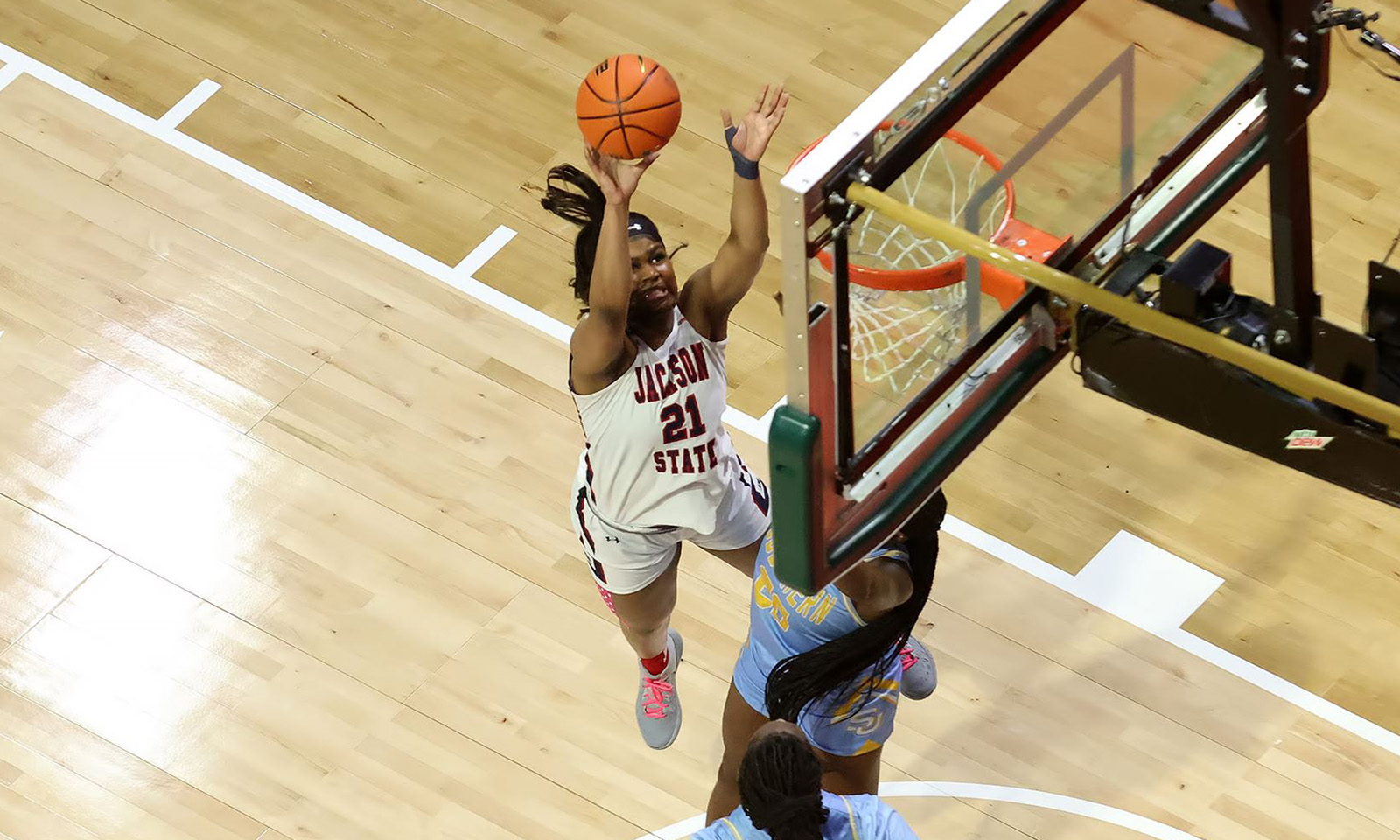 BIRMINGHAM, Ala. – Championship Saturday awaits. The top-seeded Jackson State University women’s basketball team rallied from a seven-point third-quarter deficit to down #4 Southern 59-46 Friday night in the semifinals of the Cricket SWAC Tournament presented by Mountain Dew.

This is the third consecutive SWAC Tournament championship game appearance for Jackson State under fourth-year head coach Tomekia Reed (2019, 2021). The 2020 league tournament was not completed due to the coronavirus. JSU is seeking to become the first team to win back-to-back SWAC women’s tournament titles since Alabama State in 2015 and 2016.

After Southern made its best run of the game to take a 35-28 lead with just under five minutes to play in the third quarter, Jackson State dominated in all phases.
The Lady Tigers outscored Southern 31-11 to end the game, limiting Southern to only four made field goals over the final 14+ minutes of the game.

“We had to sit down and change some things defensively and work the ball a little bit more inside to get it to our bigs to get some points on the board,” said JSU head coach Tomekia Reed. “Overall, Southern is a great team. They played extremely hard, but I’m just really thankful our players were able to pull out the victory.”

Williams-Holliday sparked the game-deciding stretch, scoring JSU’s first four points after the seven-point deficit as the Lady Tigers trailed only 41-39 by period’s end.

The fourth quarter was vintage Jackson State defense, holding Southern to only two-of-10 shooting from the field. The Lady Tigers outscored SU 20-5 in the final 10 minutes and outrebounded the Jaguars 14-3.

“We knew Southern was going to come out and play tough,” Reed said. “We knew they were going to play scrappy, and they were going to get after it and attack the rim, and that’s exactly what they did. They had some players show up and that hadn’t really been scoring for them, so we had to make sure we didn’t allow role players to take over the game.”

Neither team led by more than one possession in a first half that saw seven ties and six lead changes. Sims’ eight first-half points and Luckett’s seven led all JSU scorers, as the Lady Tigers led 25-22 at halftime.