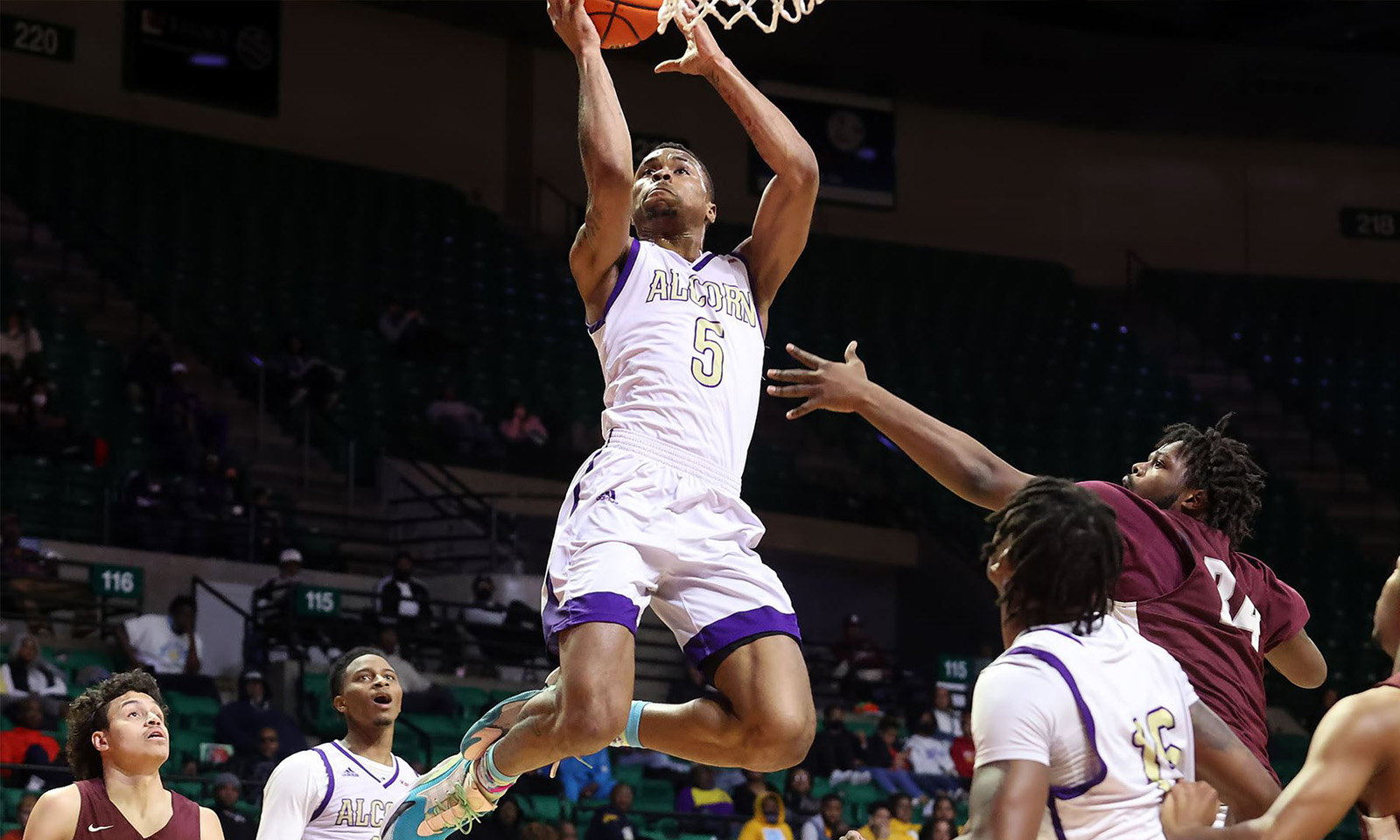 Alcorn will take on Texas Southern in a bid to win its first SWAC Championship Tournament title in 20 years.

BIRMINGHAM, Ala. – A second-half surge gets Alcorn State past Alabama A&M in the semifinal round of the Southwestern Athletic Conference Championship Tournament. The Alcorn State men’s basketball team defeated the Bulldogs 69-64 to keep its season going and earn a spot in the 2022 SWAC Championship Game.

“I build my program on ‘don’t give up, compete and fight to the last whistle,'” said head coach Landon Bussie. “Coming in today, we knew we had new life, and we did not want to do what we did last time against Prairie View. Going into the second half, these guys realized that there is no more talking, and some of their basketball careers could come to an end, so right now, let’s focus on giving it everything you got and let the end result be the end result.”

In the contest, three Braves hit double-figures to guide the team through the semifinals. Justin Thomas found his spark to tally 17 of 19 points in the second half. The Indianapolis, Ind., native hit eight of 13 from the floor and added three on five attempts at the line. He also had four rebounds, two assists, and two blocks.

Keondre Montgomery came off the bench to score his 14 points in the first half. He had a five-for-eight showing from the field, including one in three-point range, and went three-for-three at the line.

Dominic Brewton hits his first double-double of the season, scoring 15 points and bringing down 11 rebounds to round out the double-figure scorers.

The Braves got off to a slow start, allowing Alabama A&M to collect the game’s first four points. Alcorn would come from behind to tie the game at 10, but the comeback did not last long. The Bulldogs answered with a couple of scoring runs to put some distance between them and the Braves to enter halftime with a 37-30 advantage.

The second half of the competition belonged to Alcorn. The Braves found their spots and played tough defense to outscore Alabama A&M 39-27. Alcorn came off the break with a 12-2 run to find its first lead of the game, 42-41, with 16:39 left to play.

After allowing the Bulldogs to regain the lead a couple of times, the Braves closed the contest strong to outlast AAMU for a 69-64 victory and a spot in the title game.

Alcorn will return to action on Saturday, March 12, to take on the No. 2 Texas Southern in a bid to win its first SWAC Championship Tournament title in 20 years. Tipoff is set for 5 p.m. and will broadcast live on ESPNU.