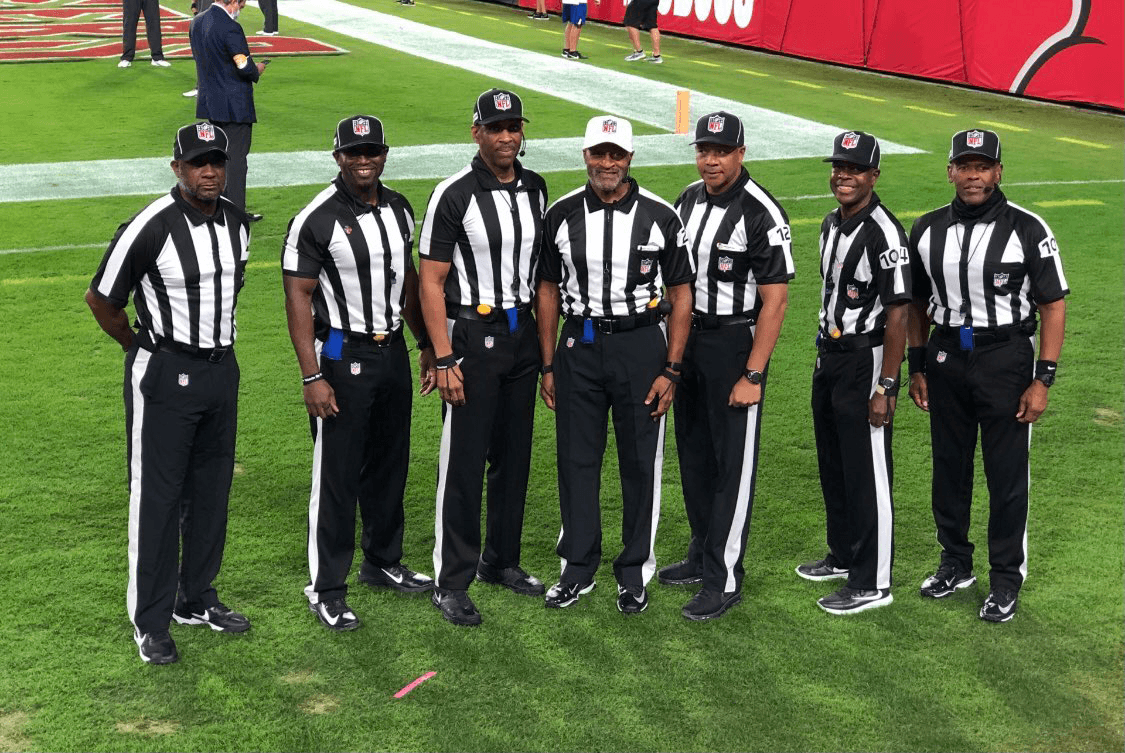 For the first time in history, an all black officiating crew calls a game in the NFL.

History was made on Monday night when a team of all black referees officiated the Monday Night Football game between Tampa Bay and the Los Angeles Rams.

Steed is a graduate of Howard and a former football player for the Bison. Julian Mapp is an alum of Grambling State University. Anderson, Mapp, and Boger are also former SIAC football officials.

During and after the historic night, there was plenty of reactions on Twitter and social media.

“This historic Week 11 crew is a testament to the countless and immeasurable contributions of Black officials to the game, their exemplary performance, and to the power of inclusion that is the hallmark of this great game,” said Troy Vincent, NFL executive vice president of football operations.

Burl Toler was the first black official in the NFL. He worked for 25 seasons from 1965 to 1989. He served as a field judge and head linesman throughout his career. Of the 122 NFL officials this season, 36 are black referees.

372
The Latest in HBCU Sports and Culture