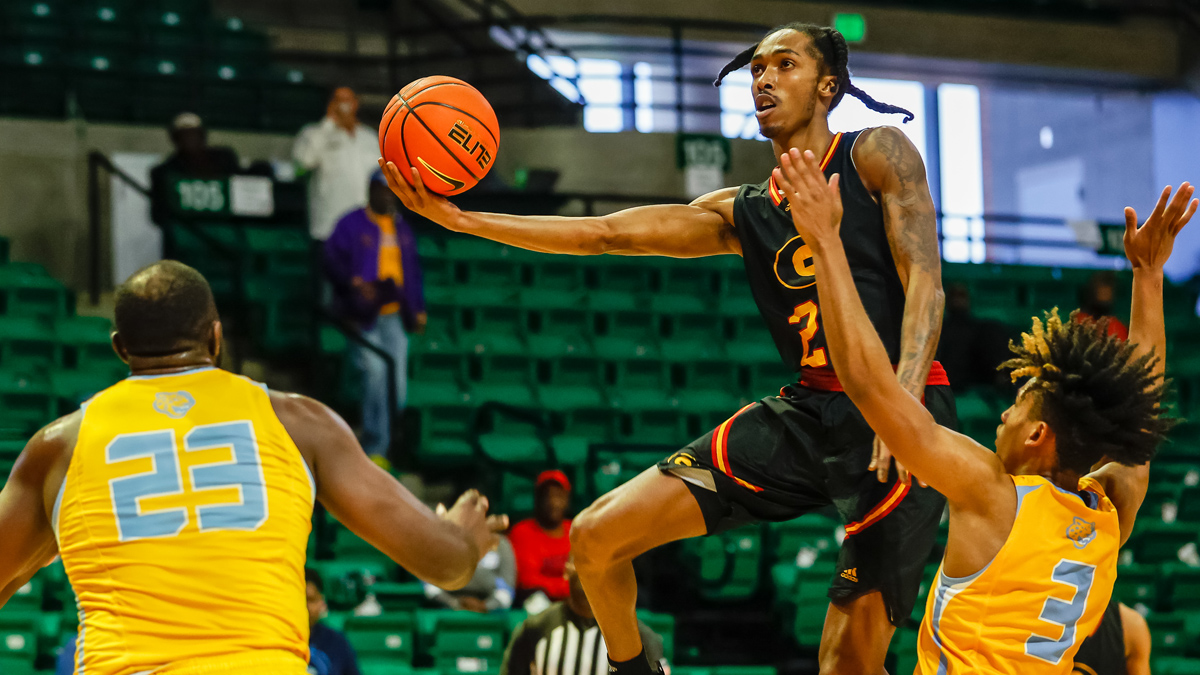 Grambling State knocked off rival Southern University for the third time this season to advance in the SWAC tournament.

The third time going against its rival was not the charm for Southern University in the SWAC Tournament.

Grambling State ticked past rival Southern for the third time this season in the semifinals of the SWAC Tournament with a 60-58 win on Thursday afternoon. GSU advances to the semifinals where it will face Texas Southern on Friday.

GSU entered the game having lost six of its last seven games and coming in as the sixth overall seed in the tournament. But that didn’t matter against its rival, especially at tournament time, according to GSU head coach Donte Jackson.

“Whenever we play Southern, you can throw the records out of the window, and the last three or four games out of the window,” Jackson said. “Someway, somehow you know it’s going to be a fight. I have so much respect for coach (Sean) Woods and his program and some things they did. One of us got to lose and unfortunately somebody has to. We found a way to pull it out and our guys gutted it out. It’s a physical game and guys compete at a high level and made some shots.”

Tramichael Moton nearly messed around and got a triple-double, scoring 12 points, grabbing 11 rebounds while dishing out nine assists and coming up with three steals.

Tyrone Lyons led the Jaguars with 13 points, eight rebounds and one steal and Brian Whitley added 13 points. Southern concludes its season with a 17-14 record.

Texas Southern reached the semifinals with a 54-40 victory over Jackson State on Wednesday to set up the meeting with Grambling State. Texas Southern swept the regular season series between the two programs, winning by six points at Grambling and three in Houston. Tip-off against TSU is set for 2 p.m. on Friday at Bartow Arena