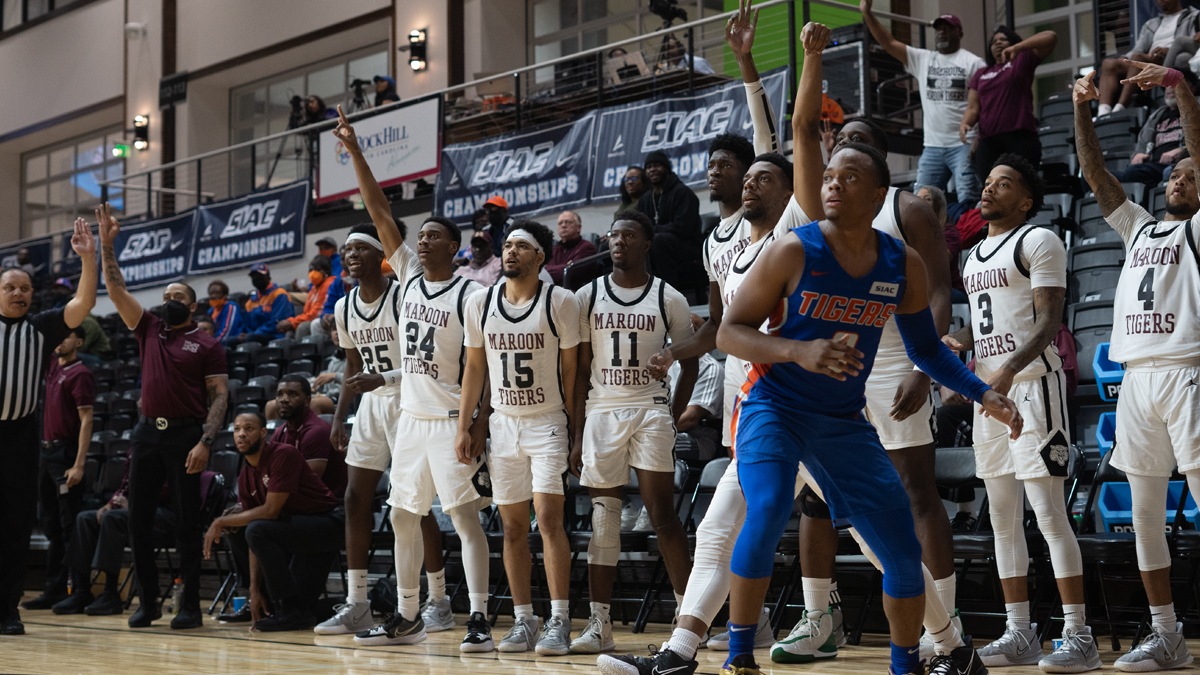 Morehouse College started the season slow, won 18 games in a row and then found a silver lining after finally losing.

In the blink of an eye, March Madness turned to March Sadness for Morehouse College basketball.

It came into Friday’s semifinal against an average Savannah State team on an 18-game winning streak and as the top seed in the SIAC East. But Noah Morgan’s deep 3-point attempt fell short and Morehouse likely saw its season come to an end.

Head coach Douglas Whitler said he was actually hoping for a better shot at the end, but Morgan appeared to not realize he had time to get a better one.

“They actually took away the initial action that we were trying to run. So we had to get it and we got a little more time than we knew to get a little bit better shot,” Whittler said after the game. “But he’s been carrying us a little bit all year long. He’s been big for us and we got the ball in the hand of the guy we wanted it in, he just wasn’t able to execute it.”

Several players were understandably visibly upset and emotional following the loss, which set Morehouse’s record at 22-7, which is likely to have them on the outside-looking-in at the NCAA Tournament. Still, there was plenty of silver lining for a team that started the season 3-6 before going on that 18-game winning streak and winning the division.

So what was the key for the turnaround for Morehouse College? Whittler says it was unity.

It was a biter ending for the entire program, but it was an especially tough pill to swallow for Xavier Brewer. Brewer is the son of late, great Morehouse head coach Grady Brewer who passed away last summer.

“I’m happy to be able to coach him. I’m glad that his daddy trusted me to be the one to coach him,” Whittler said. “He persevered through a lot this year, by his father and his coach being out of his life. And so I’m just happy to still be a part of him and his family and him being a part of mine. And I just can’t say that enough.”

After shedding his tears, Brewer walked into the locker room, no doubt hearing his late father’s voice in his head in the same arena where he coached his final game two years prior. He showed up to the postgame press conference, composed, and thanked Whittler for the opportunity to suit up in a uniform that meant so much to his family.

“When my father passed, I didn’t really know where I was going to be,” Brewer told the media. “I didn’t know if I was going to come back or if I had to go somewhere else. I and I’m thankful that coach gave me the opportunity and I enjoyed the season very much.”

“Oh, he wasn’t going nowhere else. He was gonna here.”

No doubt, Grady Brewer looked down from above and knew that his son and his basketball program were in good hands.