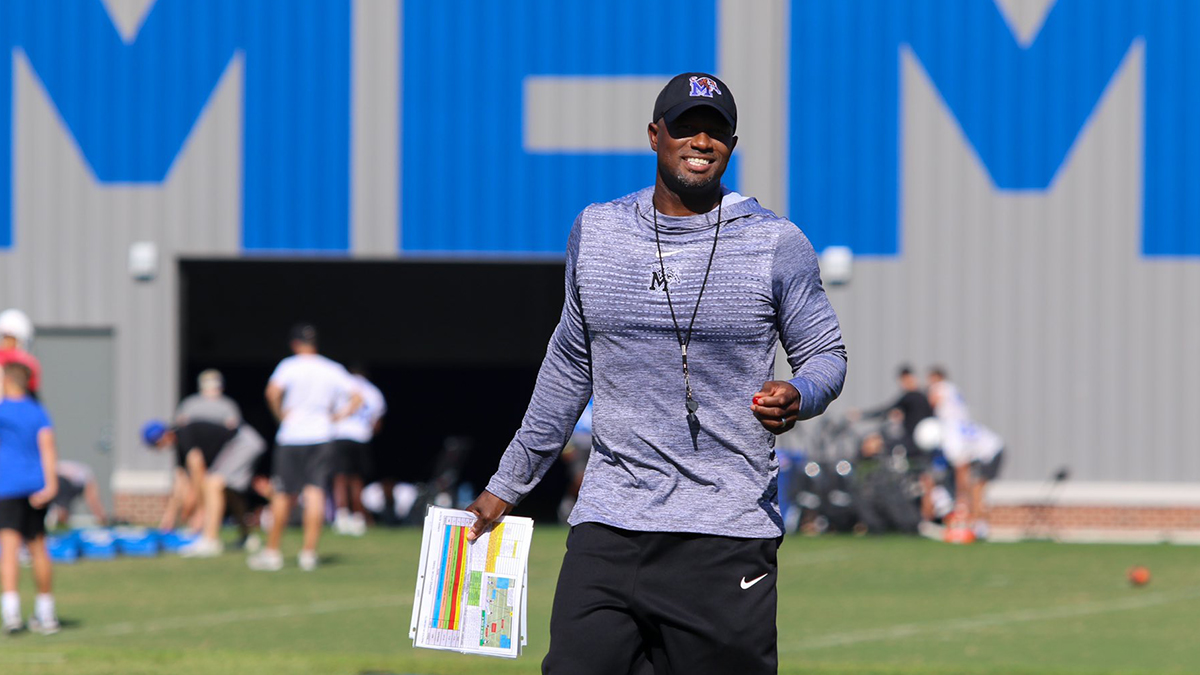 Art Briles isn’t coming back to Grambling State. But his replacement left some questions of his own in Memphis.

Hue Jackson has named a new offensive coordinator with Art Briles in his rear-view mirror.

While less controversial than his predecessor, Simon has faced serious allegations as well in his past. Title IX and sexual misconduct complaints were filed against him in 2021 when he worked as wide receivers coach at the University of Memphis. The complaints stated that he sent inappropriate text messages and made unwanted advances in person. They were filed in February and he resigned in March, effective April 1, 2021.

“Stepping away from the University of Memphis was one of the toughest decisions my family and I have had to make, but a necessary one for us all. In regard to my resignation, I deny all allegations made against me and will be moving forward in the best interest of my career,” Simon said in a statement. “I leave with nothing but love and respect for the University of Memphis and I am grateful for the opportunity I was afforded to be a part of Tiger Nation.”

By stepping away from the job, the investigation against Simon was ultimately closed. Simon was ultimately brought on by Jackson when he was hired at Grambling State in late 2021. Ted White was initially named Jackson’s offensive coordinator, but he resigned to take a position on the Houston Texans. Briles stepped in next, but the firestorm regarding his checkered past ultimately led him to resign on Monday.

Briles told Jason Whitlock that he was holding out hope that maybe he’d be invited back to Grambling State.

“I don’t know if there is a Hail Mary or not. I hope so. You hate to say it’s over,” Briles said. “I’ve learned the last few years to remain faithful and hopeful and always ready.”

It looks like Jackson chose to hand the ball off to Simon rather than to throw a Hail Mary in Briles’ direction.

“I trust John whole heartedly … and  looking forward to just moving things forward, and I think our staff has done a great job,” Jackson told local media. “We don’t flinch when things happen, we just kind of move on, circle the wagon and keep on moving.”