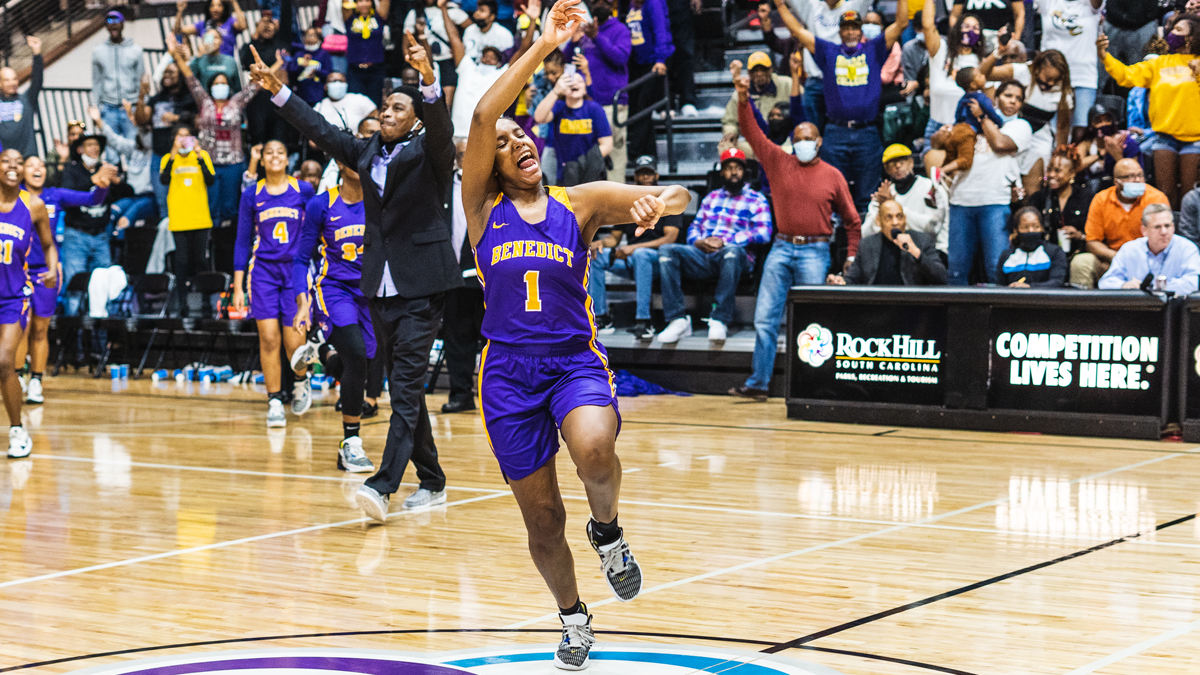 The SIAC women’s title game lived up to the hype as Benedict College handed Savannah State its second loss of the season.

Rock Hill, SC–The SIAC Championship between the top-seed Savannah State Tigers and the number two seed Benedict Tigers was as good as anticipated as the game came down the final two possessions.

It was the championship experience that came through in the clutch for Benedict as they got the 71-67 win to capture its second SIAC title in three years.

With a little over two minutes to play in the fourth quarter, Ay’Anna Bey hit a shot to give Benedict its first lead since early in the first half. Under a minute to play, Savannah State’s Ta’Quasia Lampkin scored four straight points to tie the game up at 67-67, but Benedict would answer with a shot from Camryn Bostick. Free throws were an issue for Benedict, but the Tigers hit them when they mattered most and closed the game out.

Bostick finished with a game-high 16 points for Benedict, followed by Bey and Keondra Archie with 14 each and Shanassia White with 10.

Lampkin and Amari Heard led the way for Savannah State with 14 points each, followed by Ta’Kyla Austin with 11 and Bria Gibbs and Nyla Allen with 10 apiece.

The flow of the game favored Benedict early on as they jumped out to a 7-0 lead, forcing two turnovers, drawing two charges and overall preventing Savannah State from getting into a rhythm offensively.

Back and forth game

The tide slowly but surely changed as the fouls started to mount up for Benedict. Savannah State shot 19 free throws in the first half and converted 14 of them.

With 5:10 left in the second quarter, Savannah State grabbed a rebound, raced up the floor and drew another Benedict foul. A putback on the missed free throw gave Savannah State the 23-22 lead, its first of the game.

Savannah State’s defense picked up late in the first half as they forced three straight turnovers and built a double-digit lead.

Benedict managed a 4-0 mini run to close out the first half, but still trailed 32-22 at the half.

Both teams await news on their postseason with Benedict earning a bid to the NCAA DII Tournament and Savannah State optimistic they will receive an at-large bid.

818
The Latest in HBCU Sports and Culture