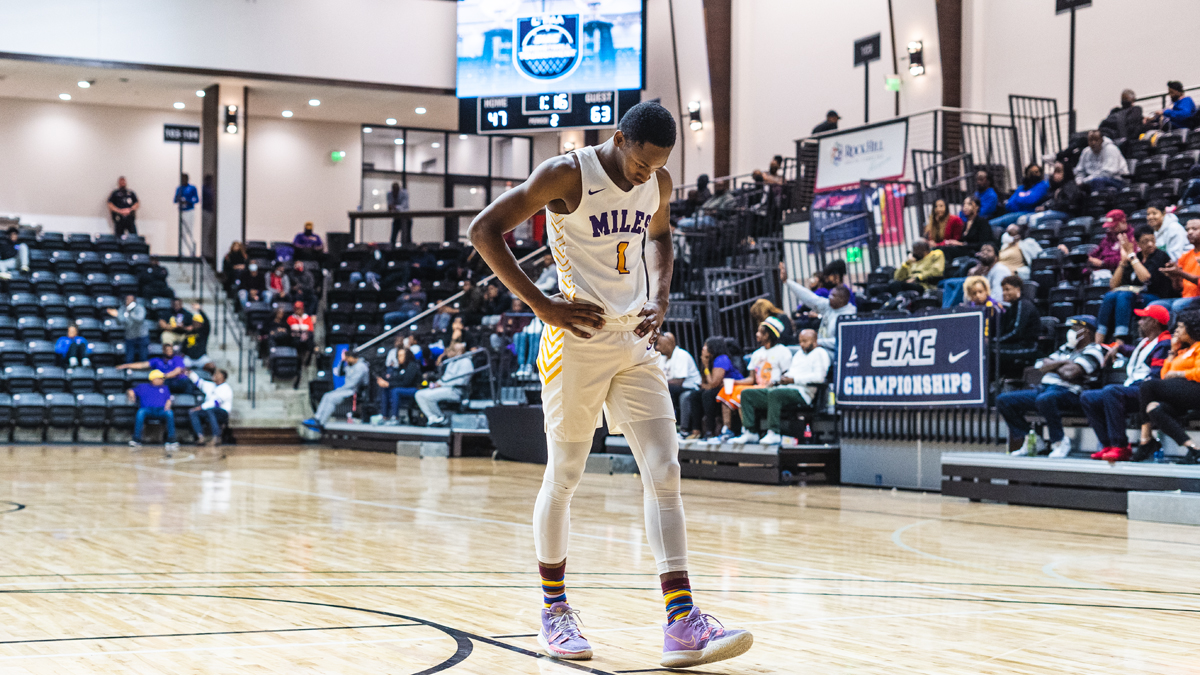 Miles College fell short of the SIAC title, but it figures to have a chance to redeem itself in the D2 NCAA Tournament.

The SIAC Tournament didn’t go its way, but Miles College will likely be in the Division II NCAA Tournament after a stellar season.

Miles fell short in the SIAC Tournament on Friday, succumbing to a Benedict squad that played suffocating defense in a 66-49 win. The 19th-ranked team in Division II shot just 25.9 percent from the field in the semifinal loss.

“We played poorly, but that’s because Benedict played well defensively. I don’t take credit away from anybody who plays well, had a good game plan, and did a heck of a job. I mean, we just didn’t have any answers for it. And so, you know, I give kudos to them.”

The loss was just the fourth this season, all of them to teams that have won at least 20 games. It also snapped an 18-game winning streak.

Miles stands at 24-4 overall, tied for the second-most wins of any team in the South region, behind only Nova Southeastern who enters Saturday 27-0. It entered the week ranked no. 3 in the South region, and the top eight will get an NCAA bid when they are announced on Sunday.

Watson says while the loss hurt, there wasn’t time for the team to hang its head.

“We got beat tonight,” he said. “We got beat severely in every aspect, from coaching to playing to executing. And we just gotta reset, go watch the film. We’ve got to be better next time we step on the floor. I mean, guys can’t feel sorry for themselves. Like I said, it wasn’t a lack of effort. It was just a better effort from Benedict — a well-prepared team. And you know, we’ll reset, we’ll regroup, we’re still a great team and we going to go out in the (NCAA Tournament) regional and try to prove that.”