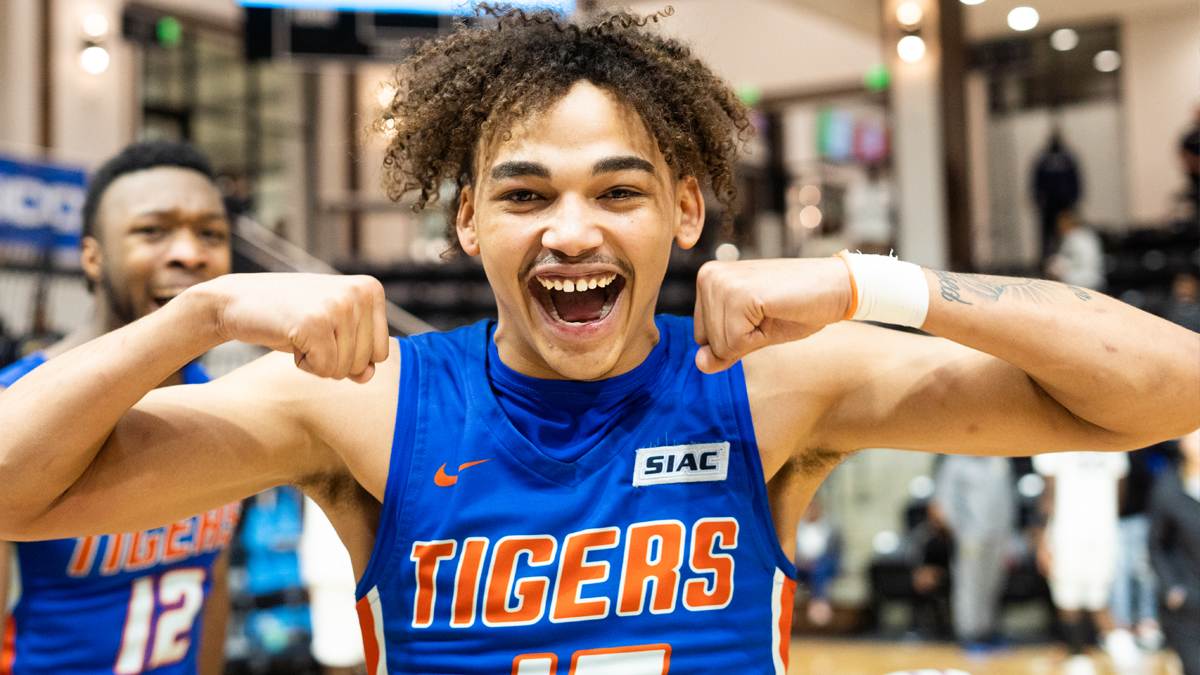 Savannah State and Benedict College both knocked off no. 1 seeds to earn spots in the SIAC Tournament title game.

ROCK HILL, SC — Teams fought all season to get the highest seed possible in the SIAC Tournament. Friday night in Rock Hill proved that — in a tournament — seeding is often just a number.

Both Benedict College and Savanah State men’s basketball programs pulled off varying degrees of upsets in the semifinals to advance to Saturday’s championship game.

Benedict, the second seed in the SIAC East, started off the evening by taking down West top seed Miles College 66-49. Miles shot just 25.9 percent from the game including a woeful 5-for-27 shooting performance in the game’s final 20 minutes. Miles head coach Fred Watson was quick to give credit where credit was due.

“They switched everything, they kept the ball in front of them,” Watson said. “They made us shoot from up top and we just didn’t shoot particularly well. But I mean, it wasn’t like we were missing a lot of open shots, we were missing contested shots. They were defending the heck out of the ball.”

Benedict also benefitted from a big performance by Timothy Bing Jr. He scored a game-high 23 points and dished out five assists in the win.

Miles dropped to 23-4 and will hope to receive an at-large bid for the NCAA Division II tournament when pairings are announced on Sunday. The Golden Bears were ranked third headed into the tournament and should be safe for an at-large bid.

A similar situation played out in the nightcap, although it happened in more dramatic fashion.

Morehouse came into the game on an 18-game winning streak, and looked as though it was going to make it to 19 early. It led Savannah State by 12 points with 14:43 remaining in the first quarter before SSU came roaring back and by halftime it led 33-30. SSU would stretch that lead to nine with 10:56 remaining, but Morehouse fought until the final buzzer.

Morehouse had multiple chances to go ahead in the final 14 seconds, but Noah Morgan was forced to take a tough, long 3-pointer from near-mid court that fell short as time expired, lifting SSU to a 60-59 win.

The Maroon Tigers (21-7) were ranked ninth in the NCAA Div. II South Region and have an outside shot of making the D2 playoff field.

So SSU will meet with Benedict in Saturday’s 8 p.m. SIAC Men’s Championship Game. Benedict won both of their regular season matchups. Then again, Morehouse swept Savannah State during the regular season as well.