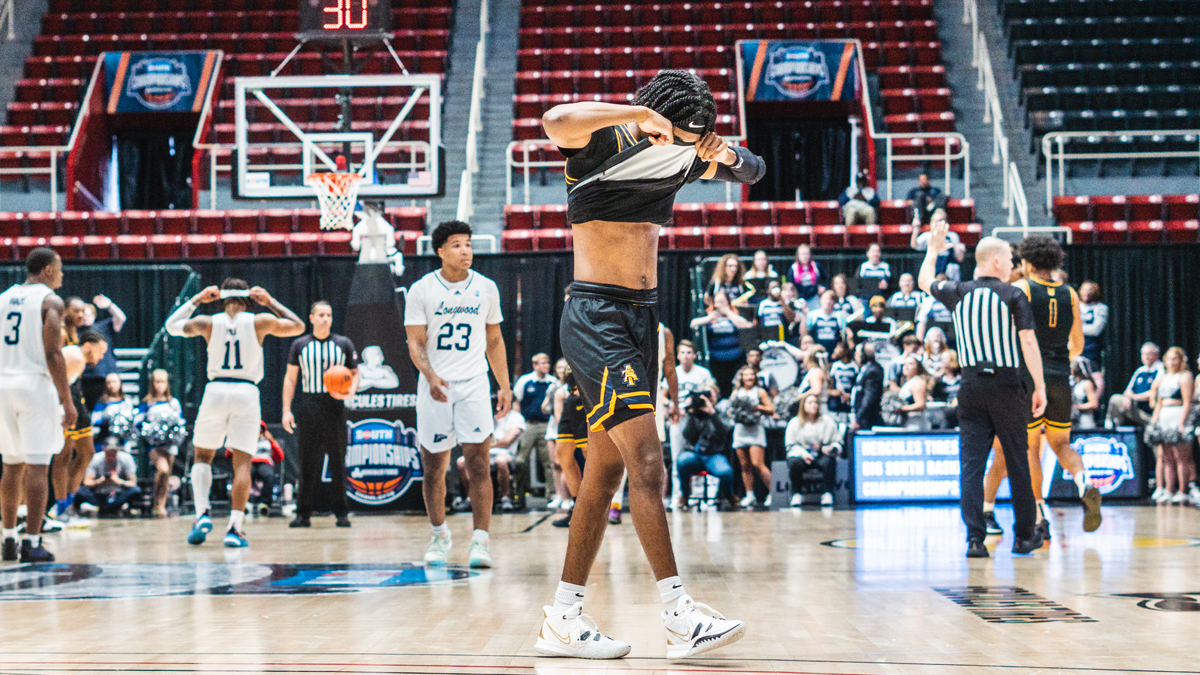 North Carolina A&T nearly made it to the finals of its only Big South Conference Tournament, but let the game slip away.

The brief Big South chapter of North Carolina A&T came to a disappointing end on Friday afternoon at Bojangles Coliseum.

A&T forced top-seed Longwood into overtime then went cold as it suffered a 79-65 loss to end the season. Longwood outscored A&T 16-2 in the overtime period to advance to the Big South Championship Game.

A&T, the ninth seed in the tournament, took a 63-61 lead on a shot by redshirt freshman Marcus Watson with 1:10 remaining in the game. Longwood responded with a layup with 40 seconds left to tie it. A&T redshirt senior guard Kam Langley went to the free throw line for a chance to give his team the lead with 13 seconds remaining but missed both free throws. Longwood couldn’t convert on a buzzer-beater attempt which sent the game into overtime.

“They hit us. We came back, and they hit us again and we came back,” A&T head coach Will Jones said after the game. “At the end of the day, we had a chance to knock them out right there at the end and we didn’t throw a punch. You’ve got to get back up. We didn’t recover.”

Watson had a huge game for the Aggies, putting up 27 points, grabbing 12 rebounds and blocking two shots in the loss.

“If we handled our business, Marcus and I would be in the locker room celebrating,” Jones said after the game. “Congratulations to Longwood, I’m proud of all my guys. I look forward to moving this program in the right direction.”

The loss marked the final game for A&T in the Big South as the program will move to the Colonial Athletic Association. Jones reflected on the transition within the program.

“The Big South definitely showed us, It really helped us kind of focus on what we need to do to move forward to compete at a higher level next year in the CAA,” Jones said. “But I think we have a lot of seeds that we planted and played a lot of really good teams in this league. There’s a lot of good coaches in this league and it will help us move forward in the spring and get better.”