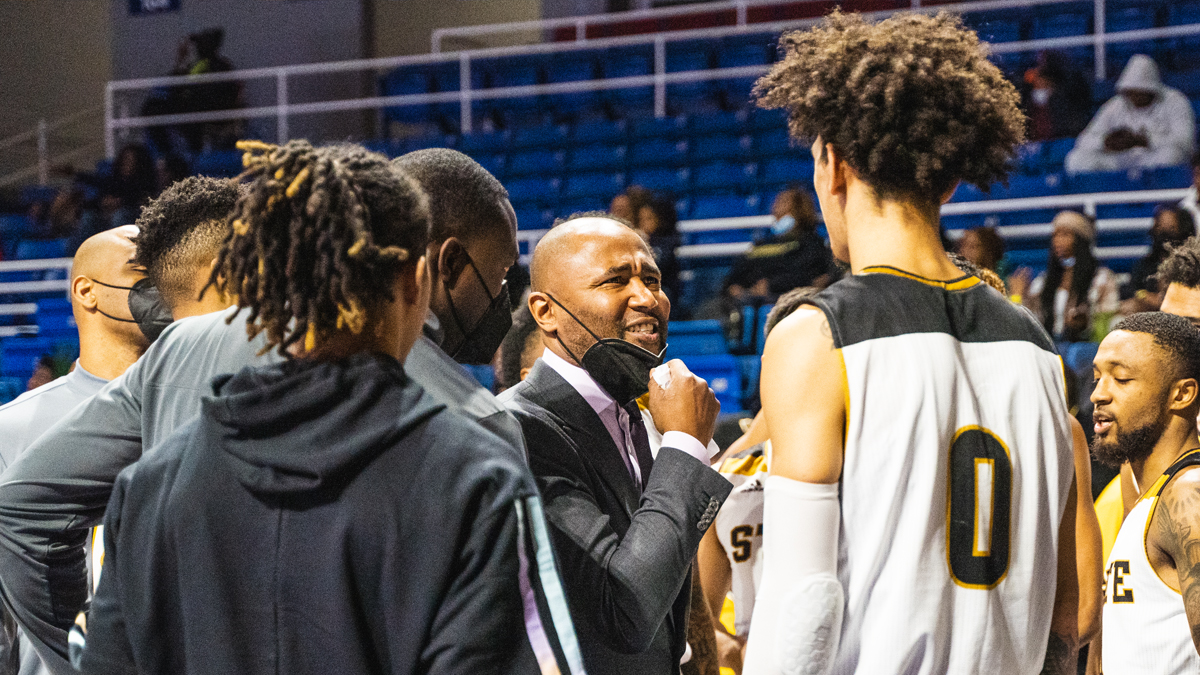 Armed with a solid pay bump for his new deal, Jackson State AD Ashley Robinson may soon have another former pro baller on his coaching roster.

Update: Jeff Goodman is now reporting that Williams will in fact be named head coach at Jackson State as of March 7. Below is our original post.

Jackson State will likely soon have another former pro star roaming its sidelines.

Williams is currently in his second year as head coach at Alabama State. The 39-year-old former NBA All-Star and champion has led ASU to an 11-34 record since taking over the program in 2020. That includes a 10-23 against SWAC competition. ASU is 7-21 overall this season and is currently in 10th place in the SWAC with a 6-10 record.

Brent has been the head coach at JSU since the 2013-14 season. His record currently stands at 117-155, including a 9-18 record this season. JSU is currently eighth in the SWAC with one game remaining heading into the SWAC basketball tournament.

Despite his overall record at JSU, hiring Mo Williams makes sense on a few levels for Ashley Robinson and Jackson State. Williams is a Jackson, Mississippi native who played his high school ball at Murrah High School before going on to play at the University of Alabama. Before JSU hired Deion Sanders in September 2021, Williams was considered the splash hire in the SWAC. Less than two years later it looks like Robinson and Co. could soon have both men under the JSU banner.

Robinson recently signed a contract extension of his own, one that not only gives him a longer commitment at Jackson State, but also a solid bump. CollegeAD.com reports that it obtained documents on Robinson’s extension, which keeps him as AD through 2026 comes with a base pay of $230,000 — 30k more than what his previous contract paid him. In addition to his base pay, his new deal comes with an additional $40k annually from the JSU Tiger Fund Athletic Foundation as well as a one-time $50k payment. He will also be provided with $18k annually for housing and be eligible for an additional one-time payment of $20k generated through athletic sponsorships and major gifts.