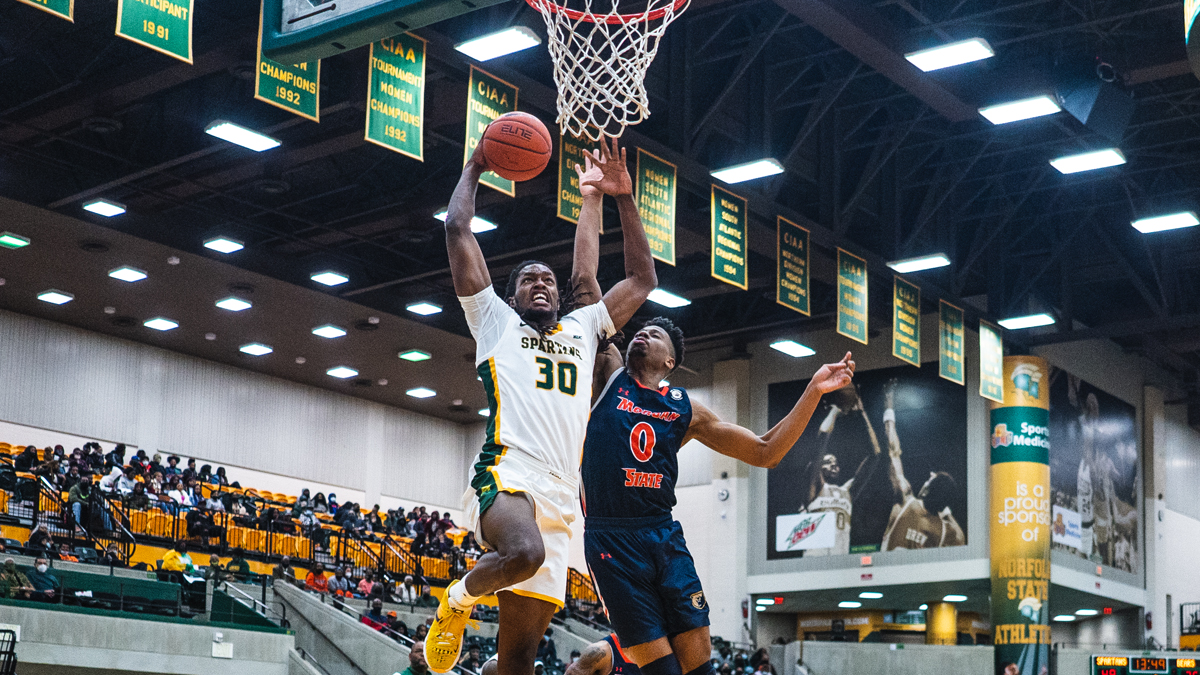 NORFOLK, Va. – Senior Kris Bankston had a career-high 21 points as the Norfolk State men’s basketball team claimed the MEAC regular-season title with a commanding 75-46 win over NC Central. It marked back-to-back regular-season titles for the Spartans and now three of the past four as well.

NSU scored the first four points of the game and never looked back. The closest the Eagles came to the Spartans was at two points just one minute and 45 seconds into the game. When NCCU score a layup and free throw with 8:43 left in the first half, it marked the last time the Spartan lead was single digits, 26-17.

Unfortunately for the visitors from Durham, it also marked the last time that they would score any points in the first half while the Spartans went on a 23-0 run to head into halftime with a 49-17 lead. In total, the Eagle scoring drought lasted 9:56 before Eric Boone scored on a jumper with 18:13 left in the game.

The biggest lead for the Spartans came with 1:21 left when junior Nyzaiah Chambers hit a three-pointer off an assist from sophomore Terrance Jones.

NSU (20-6, 11-2 MEAC) plays its regular season finale on Thursday, March 3, when the Spartans host Howard. The Bison are coming off a 72-62 win over S.C. State. Prior to the game with HU, the three seniors for the Spartans, Bankston, Tate, and Joe Bryant Jr., will be honored for their contributions to the Spartan program. Game time is scheduled for 7:30 p.m.