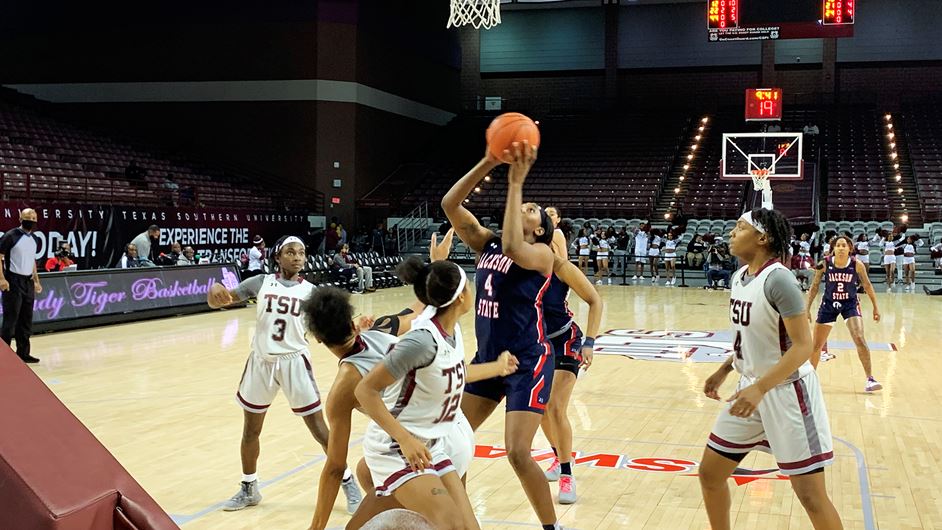 Texas Southern gives JSU its hardest game this year in the SWAC.

In passing their toughest test of league play, the Lady Tigers improved to 17-6 overall, 15-0 in SWAC play.

Tied at 86-86, Keshuna Luckett made the first of two free throws with 49 seconds remaining that proved to be the final margin. Neither team scored again, as a final shot by TSU was off the mark as time expired.

JSU led by as many as 11 points in the fourth quarter, with a Williams-Holliday basket giving the Lady Tigers a 78-67 lead with 6:44 to play, but could not close out TSU until the final play.

Williams-Holliday, the leading candidate for SWAC Player of the Year, came up big down the stretch in recording her 10th 20-point scoring game of the season and 17th double-double of the season.

“We went inside to her,” Reed said. “We saw them doubling and triple-teaming her, so we pulled their help (defense) away, and went inside. We know Ameshya’s a money player. We just have to put the ball in her hand in the right spot and that’s what we did. She did a great job for us, and she was great on the boards as well.”

Jackson State will play its final road game of the regular season at Prairie View A&M Monday at 5 p.m.