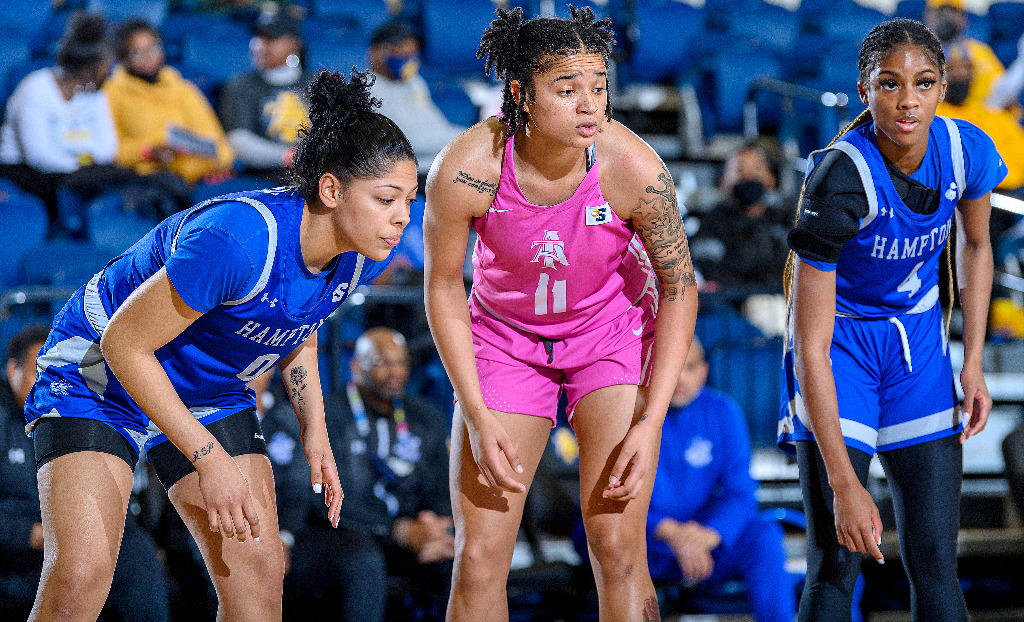 CHARLOTTE, N.C. (www.BigSouthSports.com) – The seedings and pairings for next week’s Hercules Tires Big South Conference Women’s Basketball Championship at Bojangles Coliseum in Charlotte, N.C., have been determined following the conclusion of the conference’s regular-season schedule this evening.  Seedings were determined by a Conference-developed Ranking Index Formula (RIF) with league winning percentage weighted at 75 percent and the percent of conference games played at 25 percent to address any partial team schedules not played to due COVID pauses or no contests.  The top four teams earned byes into the quarterfinals.

First round action begins Tuesday, March 1 at 12:00 pm with No. 8 Presbyterian vs. No. 9 Winthrop, followed by No. 5 High Point vs. No. 12 Charleston Southern at 2:00 pm.  No. 7 Hampton meets No. 10 Radford at 6:00 pm, with No. 6 North Carolina A&T vs. No. 11 UNC Asheville concluding the day at 8:00 pm.  The winners of each first round contest advance to Thursday’s quarterfinal round, which begin at 12:00 pm with No. 1 Campbell facing the winner of Presbyterian/Winthrop, followed by No. 4 Gardner-Webb playing the winner of High Point/Charleston Southern at 2:00 pm.  The 6:00 pm game will feature No. 2 Longwood vs. the winner of Hampton/Radford, with No. 3 USC Upstate against the winner of North Carolina A&T/UNC Asheville at 8:00 pm.  The semifinals will be Saturday, March 5 at 6:00 pm and 8:00 pm, with the Championship game on Sunday, March 6 scheduled for 8:30 pm.

The 2022 Hercules Tires Big South Women’s Basketball Championship will be televised on ESPN+ Tuesday-through-Saturday, while Sunday’s Championship game will air live on ESPNU — the first national TV broadcast of the Big South women’s final.  The game will also be broadcast on Fox Sports Radio 94.7 in Charlotte.  The Big South’s Tournament champion receives an automatic bid to the NCAA Women’s Basketball Tournament.  The Conference Championship schedule is below, and tickets are available at www.BigSouthSports.com/CLTChamps.