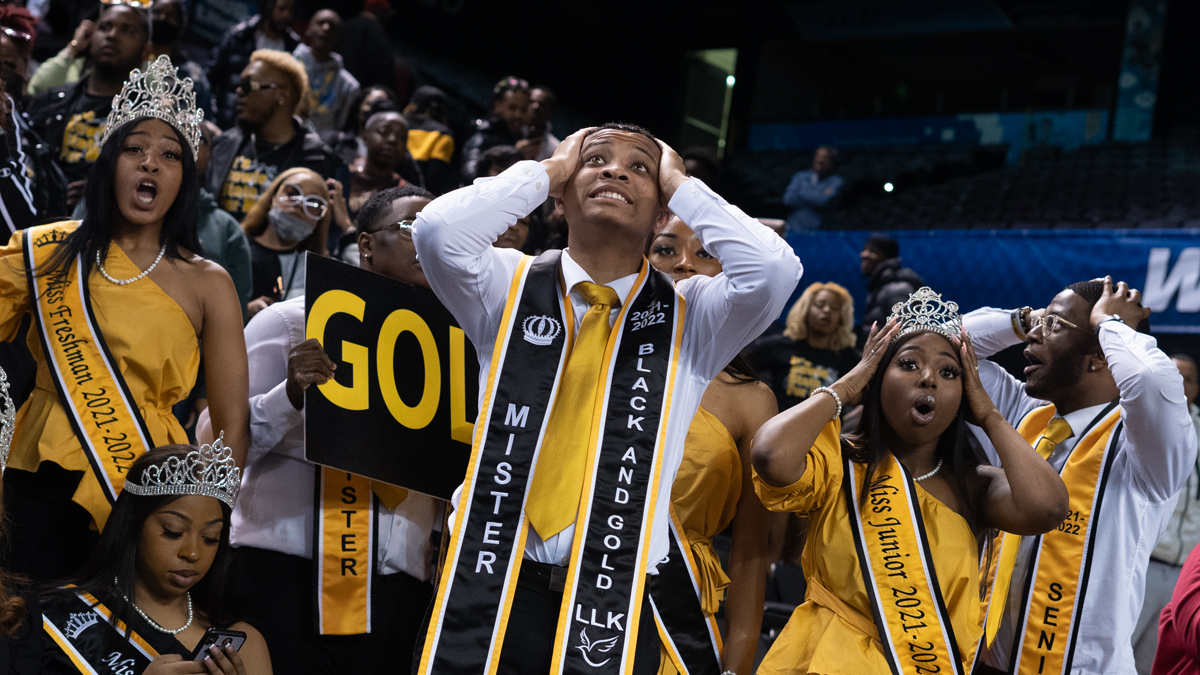 The final game of the second day of the CIAA Tournament in Baltimore had drama that lasted into the morning.

Virginia Union rallied back from a 13-point deficit to keep its title hopes alive in a late nightcap at Royal Farms Arena, emerging with a 53-52 win to advance to the semifinals.

It was an ugly-game numbers-wise as both team shot under 33 percent from the field. Bowie State hit just 25.5 of its field goal attempts, but grabbed 16 offensive rebounds to give itself multiple attempts. BSU led 43-30 with 11:12 left in the game before the tied began to turn in Va. Union’s favor despite the fact that it only shot 27.8 percent in the game’s final 20 minutes.

VUU attacked the rim early and often in the second half, getting to the line for 27 attempts to just 13 for Bowie State.

“They were predicted to finish one in the division and so we knew they were a very talented team,” Butler said of BSU. “They struggled most of the year and they were able to beat us earlier in the year and we beat them at our place. But we knew coming in that it was going to be a tough game for us.”

Robert Osborne led VUU with 16 points and added eight rebounds. Jordan Peebles pulled down a game-high 15 rebounds to go along with his four points and two steals.

Anthony Carpenter scored a team-high 15 points for Bowie State and David McCullough added 13 for BSU, who finished the season 7-21.

VUU improves to 22-6 overall and is playing for not only a CIAA championship, but seeding in the NCAA Tournament. Butler said he got a call from his head coach, Dave Robbins, who told him his team could win the national title. Robbins should know — he led VUU to three national titles. But as good as it sounds, Butler knows his team still has some work ahead of it.

“Right now we just got to get the Saturday night, and if we can tear the nets down on Saturday night — then we start talking about  NCAAs.”

Virginia Union will have Thursday off and will play the winner of Saint Augustine’s vs. Winston-Salem State on Friday night as it looks to get back to the CIAA title game for the first time since 2019.