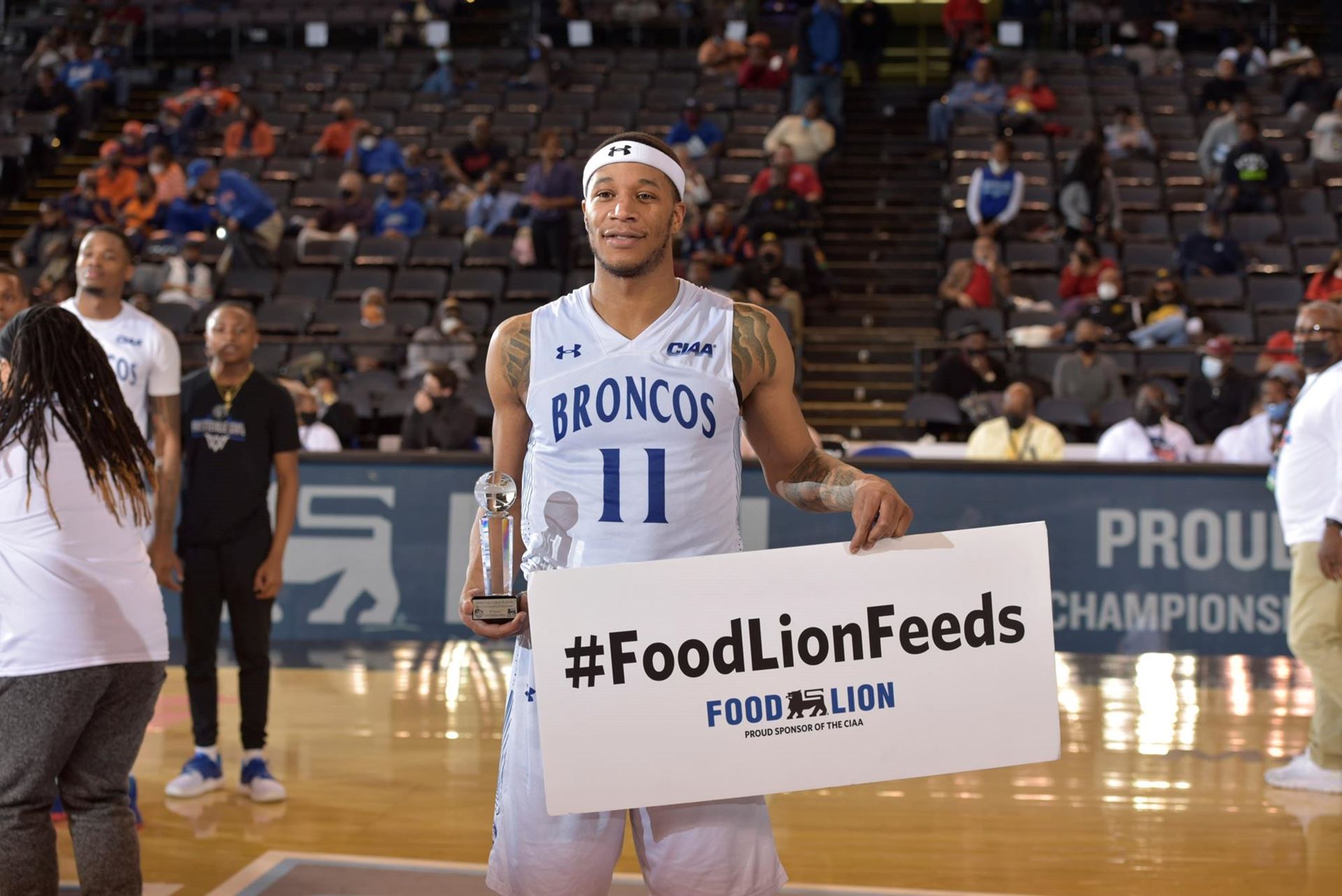 Virginia State attempted to pull off an upset in the CIAA Tournament, but Fayetteville State took care of business in the quarterfinals.

Baltimore, MD – Fayetteville State turned up its defense to take down Virginia State, 72-60, in the CIAA Tournament Quarterfinals at the Royal Farms Arena in Baltimore, Maryland. The Broncos (19-8 overall) trailed early, 12-5 and 23-16 with 8:43 to go in the first half before Head Coach Luke D’Alessio dialed up the pressure.

Cress Worthy came up with the Broncos’ first steal of the game that led to a Darian Dixon jumper in the paint. Isaiah Ray forced another turnover and a 4-0 run after Dixon converted a pair of free throws. Koraan Clemonts was fouled after he stole the ball and his free throws set the game at 22-23. On the Broncos’ next trip down the court, Dixon’s dunk gave FSU the lead for the remainder of the game which was 26 minutes and 35 seconds.

Worthy’s first steal led to a 10-0 run which lasted for almost three-and-a-half minutes.

Jalen Seegars was named the Food Lion MVP with a game-high with 20 points. Cress Worthy and Darian Dixon scored 14 each and Zion Cousins had a game-high ten rebounds.

Terrence Hunter-Whitfield led the Trojans with 15 points and Francis Fitzgerald added 12. Antwan Miles scored 10 to round out double-digit scoring.

Fayetteville State will have a day of rest and preparation for the winner of the Livingstone versus Lincoln (Pa.) game. The Semifinal game will be played on Friday, February 25 at 6 p.m.