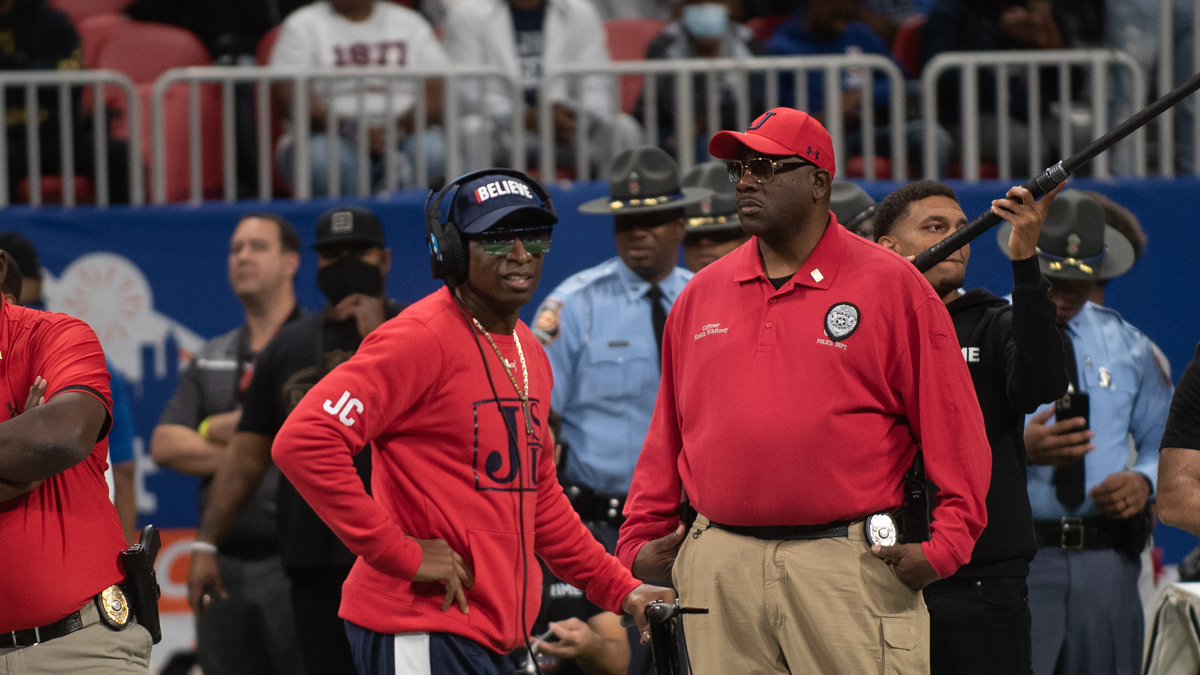 It’s technically the off-season in college football, but nobody told that to Deion Sanders.

The Jackson State head coach appeared on Good Morning America on Monday morning. He spoke with fellow Hall of Famer Michael Strahan on Monday, discussing the signing of Travis Hunter, plugging his new docuseries and more.

“What we’re doing here is phenomenal. The light that we’ve on HBCUs, all HBCUs, not just Jackson State — is phenomenal. Now we’re having other former pro athletes and pro football coaches are coaching at HBCUs now,” Sanders told Strahan. “These kids truly deserve it. They truly deserve the best that they can possibly get. And that’s what we’re trying to provide for them.”

Of course the biggest fish Sanders and JSU have landed is Hunter, the top prospect in the 2022 high school class.

“We provided him with an option,” Deion Sanders said of Hunter. “The worst thing that the other schools could have done was allowed him to come to our homecoming. When he came to an HBCU homecoming…Stray, you know… the pagentry. It was just over. Seeing 60k of your people yelling and screaming for the right cause, it provoked something inside of him that provoked change.”

Strahan and Sanders also talked about the upcoming season, which gave the TV show host a chance to let his fellow Hall of Famer know he might have to suit up whenever his Texas Southern Tigers meet Jackson State’s Tigers. Sanders didn’t seem worried.

They’re not going to be easy, but they’re not going to be tough either,” Sanders said with a laugh. “This is the second year straight that we’ve had the number one class in the FCS. And this is the first time that we’re having an off-season to really develop them. The pandemic was a year ago, we played in the spring. This is the first time we’re really getting an opportunity to get our hands on these kids and make them into — fulfill their dreams — hopefully.”